In the battle for business travellers between Paris and New York, British Airways’ OpenSkies subsidiary is punching above its three-757 weight. OpenSkies is taking a larger 767-300ER to supplement Orly-Newark operations, in addition to investments last summer in a new lounge in Paris Orly.

OpenSkies invited me to fly business from Paris to New York and back in order to test out their latest service, and in this section of the review I’ll talk about the on-ground aspects, which is a vital part of the experience for these business traveller-heavy flights.

Check-in at Orly was swift and simple — if I hadn’t been chatting to the staffer about the New York weather I’d have taken less than thirty seconds — and super close to the main door at the Hall 3 end of the terminal. The fast-track was fast, the security queues empty, the duty-free labyrinth nonexistent, and the 212 Orly Ouest lounge immediately following security, right next to the OpenSkies gate. While Orly Ouest could really use a bit of a spruce-up in general, this was an excellent introduction to the OpenSkies product.

The name of OpenSkies’ 212 Orly Ouest lounge is both significant — it contains the original area code for Manhattan — and useful: the name of the terminal, which I always used to forget, is in the lounge. It’s a cool, subterranean, industrial space that reminds me of a friend’s Williamsburg loft in the mid-2000s.

It’s not the biggest, but it was more than adequate for the business class passengers and frequent flyers on my relatively full flight to Newark. I particularly liked the retro-chic windows and the comfortable, varied seating arrangements — with both US and EU power sockets. For a business-heavy lounge, being able to swing in, grab a quick snack, check emails (the wifi was just under 4Mbps up and down, which is fine for that kind of task) and have a glass of something before heading to the gate is perfect. 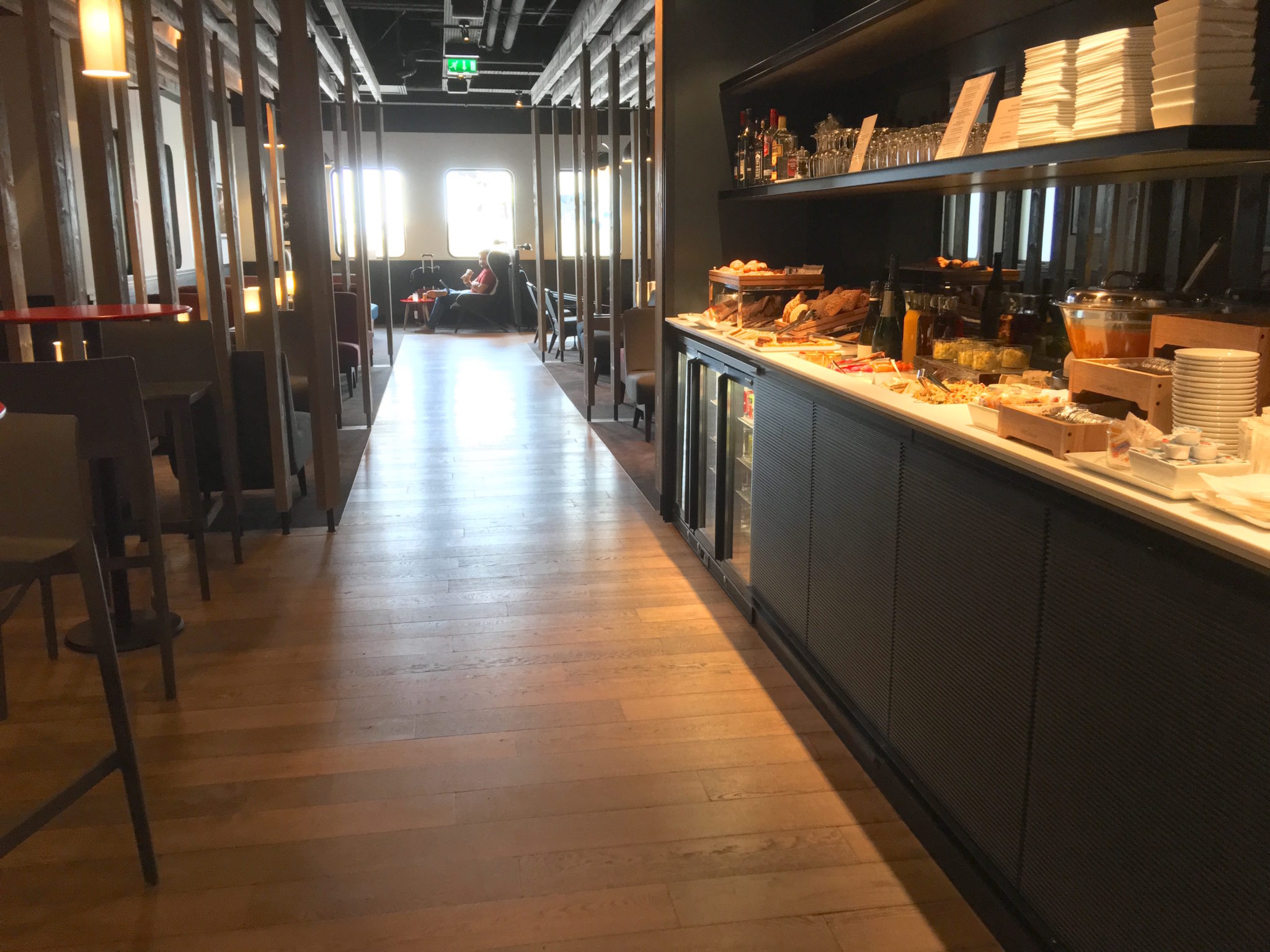 On which note, I was delighted to find Billecart-Salmon Champagne, which is very good indeed for business class at the border between categories 2 and 3, though I do rate it a little higher in both flavour and cachet than its price tag would suggest. The snacks were fairly substantial, fresh, and tasty, appropriately enough fitting both a French and American palate. Given we were about to be served lunch on board, I’d say the concept was both well-designed and well-executed.

Boarding, however, was a scrum, with little signage or policing of the fast-track option. OpenSkies has a good bit of room to improve here: I spent more time in this queue than I had in the entire rest of the airport.

Arrival into Newark was quick and relatively painless, and my bag was out early. All in all, the airport side of my first flight went very well.

I flew back from New York JFK, through the 1970s BOAC-Air Canada terminal that is now mostly BA’s. While the upgrades over recent years have made some improvements to flow, particularly for business and first class passengers, this terminal is “good for JFK” rather than “good”. (An example: the fast track TSA line has been jammed into what is really a hallway, and is on a fairly steep incline. My new hobby is watching four-wheeled carryons make a last ditch break for freedom from the X-ray machine.)

I’m old enough to remember when BA’s lounge supper service (for paid business and first class passengers) was introduced across the Atlantic, and I still maintain this gives their services a significant edge over the competition.

From a huge range of delicious salads (seriously), tasty hot dishes and a made-to-order dumpling soup section, my oddly jetlagged appetite was more than satisfied.

So far, so good — until we returned to Orly. The arrival experience was so poor that I checked to see whether anyone relevant was on strike, but apparently not. For a start, we got a bus gate. Except without a bus.

It took us the best part of half an hour after parking up to even make it to baggage claim, and then checked bags took a further half-hour to come through, with no priority baggage handling. Now, not all business travellers will be checking a bag, but I recognised at least three quarters of the Biz Bed flyers in my section waiting for luggage. (Part of that is down to the relatively small bins, dense cabins and lack of storage in business on OpenSkies’ 757 fleet — I remember that even when I did carry-on only on OpenSkies Prem Plus a few years ago it was very much an Overhead Tetris situation.)

Now, this may have been an OpenSkies handling agent issue, an Orly issue, or something else, but the fact remains that the waiting around at Orly on arrival is the part of the experience that sticks with me. I always say that an airline can make or break #PaxEx in the thirty minutes after it lands — and in this case, OpenSkies did.

John Walton was a guest of OpenSkies. 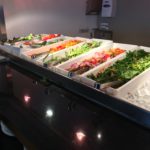 These windows — and their decals — are great. Image: John Walton 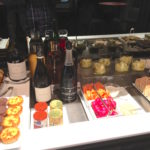 I was very impressed by the variety of snacks at OpenSkies’ Paris Orly lounge. Image: John Walton

Different kinds of seating — and power plugs — are a plus at Orly. Image: John Walton 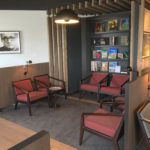 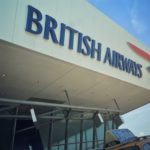 BA’s 46-year-old terminal could do with some major reconstruction. Image: John Walton