Founded in 1941 by Mary Ingraham at the request of then-President Franklin D. Roosevelt, the United Service Organization’s (USO) mission from the get-go was to boost the morale of active duty service members and their families and provide a “home away from home” for the troops abroad. Realizing that nothing recalled the simple comforts of home better than music, movies, and laughter, the USO became synonymous over the years with the work of legendary entertainer Bob Hope, who headlined 57 USO tours between 1941 and 1991.

Taking a cue from the iconic showman himself, a team of ferociously talented fifth grade girls from R.L. Stevenson Elementary in Hope’s old stomping grounds of Burbank, California have launched a USO-style musical group of their very own entitled, appropriately enough, HOPE.

The brainchild of founding member Helen Carpenter and her father Clyde, a commercial pilot, advanced ground instructor and self-professed AvGeek from way back, HOPE made their musical debut recently at Stevenson’s spring carnival, Stevenson Rocks. And this Saturday, 21 May at 4:00PM, the girls of HOPE will take the stage for their first ever non-school performance at a vintage B-17 tour stop at the historic Van Nuys Airport in Van Nuys, California. 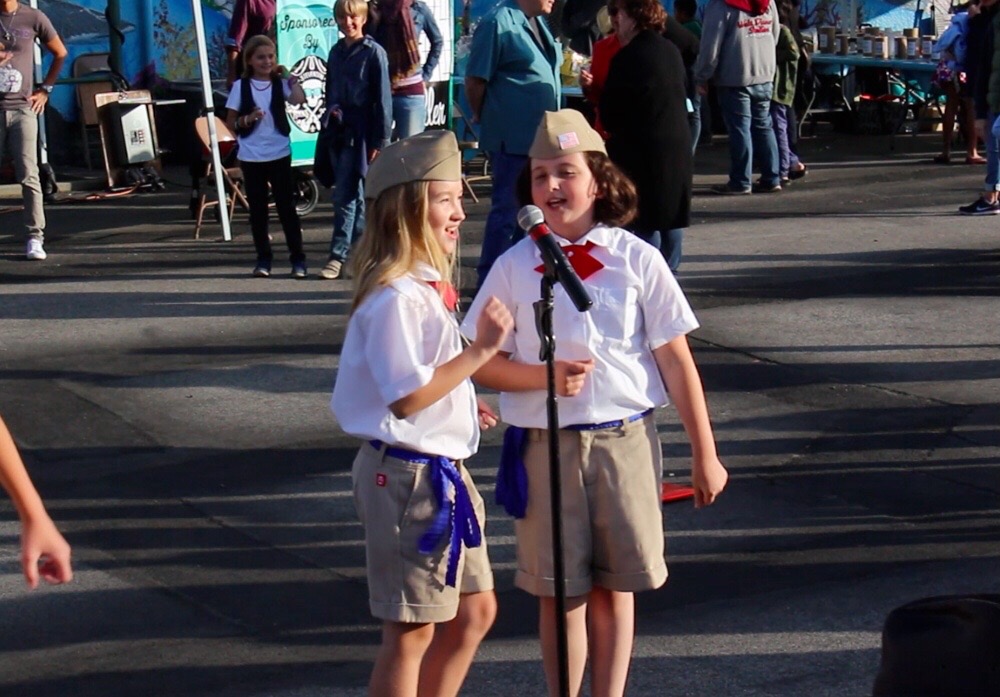 Invoking the sunny optimism and romance of a bygone era of aviation history with their distinctively retro costumes and song selection – “The Chattanooga Choo Choo” and “The Boogie Woogie Bugle Boy” are but two of the WWII-era hits in their wheelhouse – HOPE is about much more than music for co-founder Clyde Carpenter. It’s also about sharing his lifelong love of aviation history with his daughter and the other girls in the group.

Encouraging the young ladies of HOPE to chart their own course and to always follow their dreams, Carpenter says taking a cue from the pioneering female aviators of the past is a great place to start.

“Looking at the history of aviation, it’s amazing how women have just really stepped up and if they wanted to fly, they just went for it,” he says. “Harriet Quimby became the first licensed female pilot in the United States in 1911. 1911! Then you have Bessie Coleman, who was the first African-American and Native-American to actually get her pilot’s license at all in the entire world in 1921. Then you get into the Women Airforce Service Pilots, the WASPS [who] would deliver these fighter planes and bombers to any of the non-war zones, the P-47 Thunderbolt, P-51 Mustangs, P-38 Lightnings, all of the aircraft that we had in service in WWII. And then the female astronauts that trained alongside their male counterparts who went into space at NASA. It really comes down to getting outside of the issues of gender or color and saying: ‘Are you able to do this?’ And if you have the desire and the abilities, then by all means, let’s go do this.” 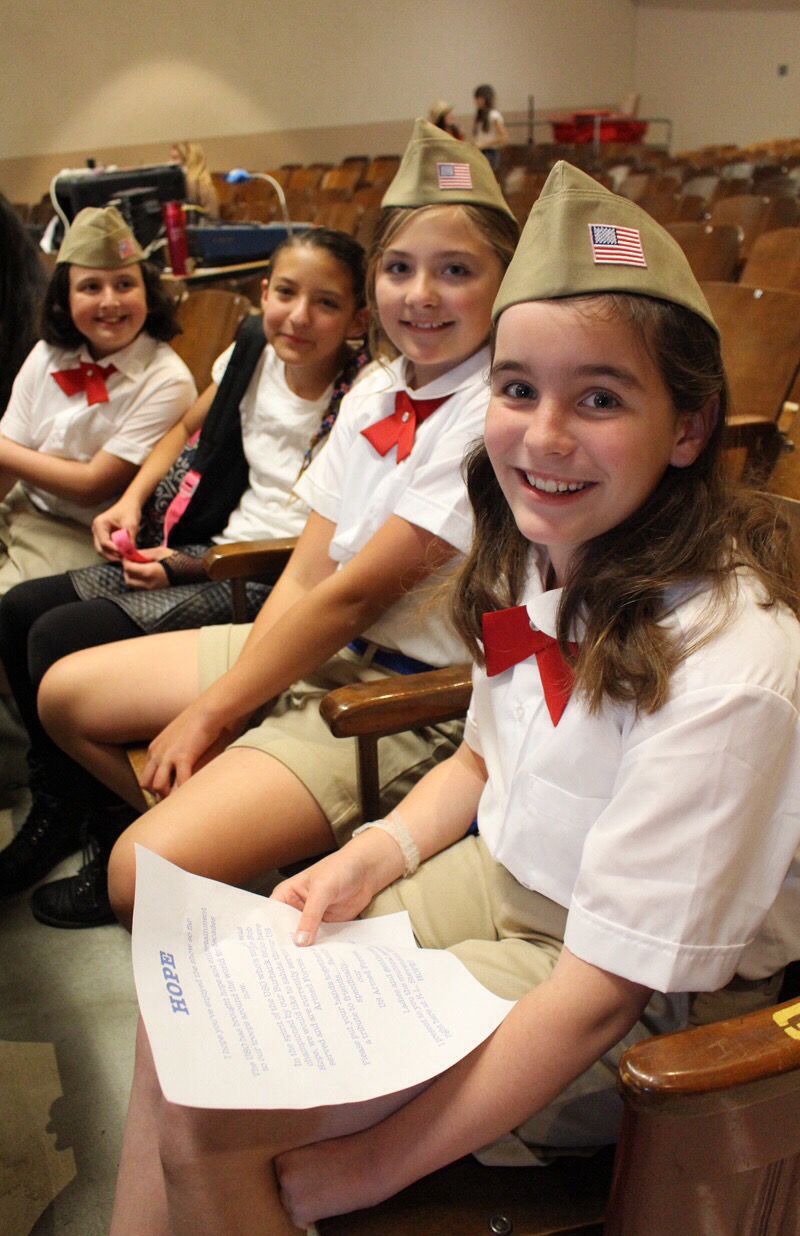 HOPE encourages young ladies to take cues from past female aviators to create their own path. Image: Clyde Carpenter

Carpenter says this credo has set the tempo for HOPE from the beginning as well. “With HOPE we have an amazing group of girls who just decided to go ahead and do this and it’s been fun to see what’s happened so far and the opportunities they’ve been granted through some very amazing people: the school, the principal, the parent foundation who gave them the opportunity to sing at Rocks and then this weekend [the folks] who are hosting the B-17 flights at Van Nuys airport giving them the opportunity to perform there as well. It’s kind of fun because if the girls didn’t step up and say: ‘I’d like to do this,’ then that opportunity would never be there.”

Continues Carpenter, “If you’ve got a kid that’s interested in aviation, don’t just get a map, get an aviation chart and don’t just stop at saying: ‘OK, I wanna learn how to fly so I can fly places.’ Pick a place you’re gonna go, mark that place on the map and then decide: ‘OK, how am I gonna get there?’ Once you set that goal then you can see the horizon and then you can start moving towards it … and if you have to move the horizon back a little bit from time to time, that’s fine, but start working towards that horizon first. And whether you’re a boy or a girl … if you’ve got something you’ve really got a passion for, don’t ever let anyone tell you, you can’t do it.”

And if that doesn’t sound like the very definition of hope, I don’t know what does.

For more information on Saturday’s B-17 tour stop at the Van Nuys Airport, please click here. 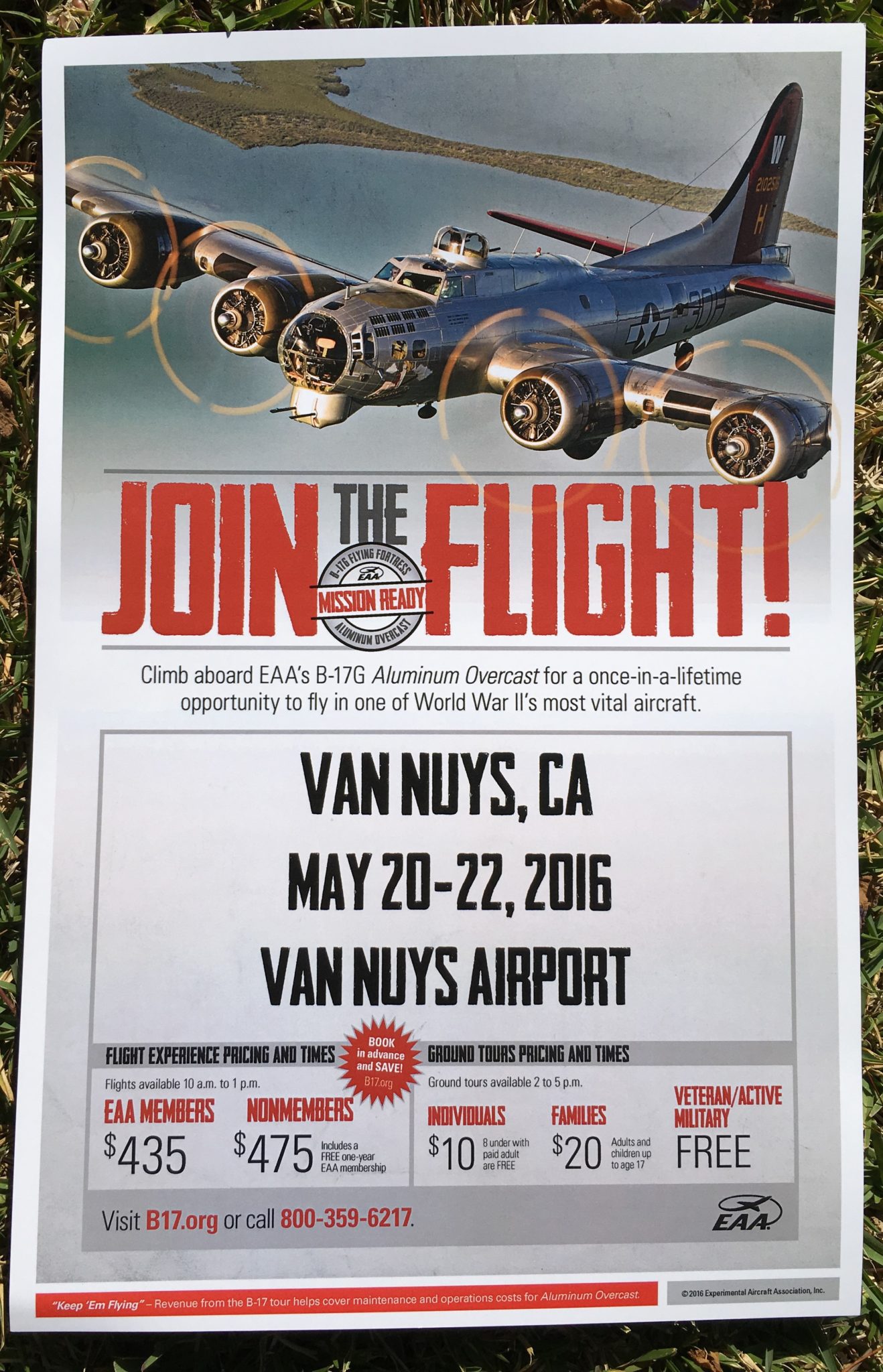