Flying privately takes #PaxEx (and indeed #PilotEx) to a whole new level and Embraer Executive Jets firmly believes it understands what’s required to satisfy the world’s most demanding clientele. Last month, the Brazilian manufacturer achieved a new milestone when Cleveland-based fractional ownership operator Flexjet took delivery of its 1,000th business jet – a midsize Legacy 500. The delivery took place a little more than a decade after Embraer fully committed to the business aviation market. The aircraft is the fourth of its kind to join the Flexjet fleet, and part of a firm order for both Legacy 500 and Legacy 450 types.

An emotional Marco Tulio Pellegrini, Embraer’s president & CEO, said: “I have no words. We brought the Phenom 100 out in 2005, the Phenom 300 out in 2009, and for the last three years it’s been the most delivered jet in the industry. We introduced the Legacy 450 and 500 and we have a big center in Melbourne. It’s like a dream that’s been materialized.” He hinted that he expects the midsize Legacy 450/500 types to outstrip the Phenom 300 sales, a bold assertion. 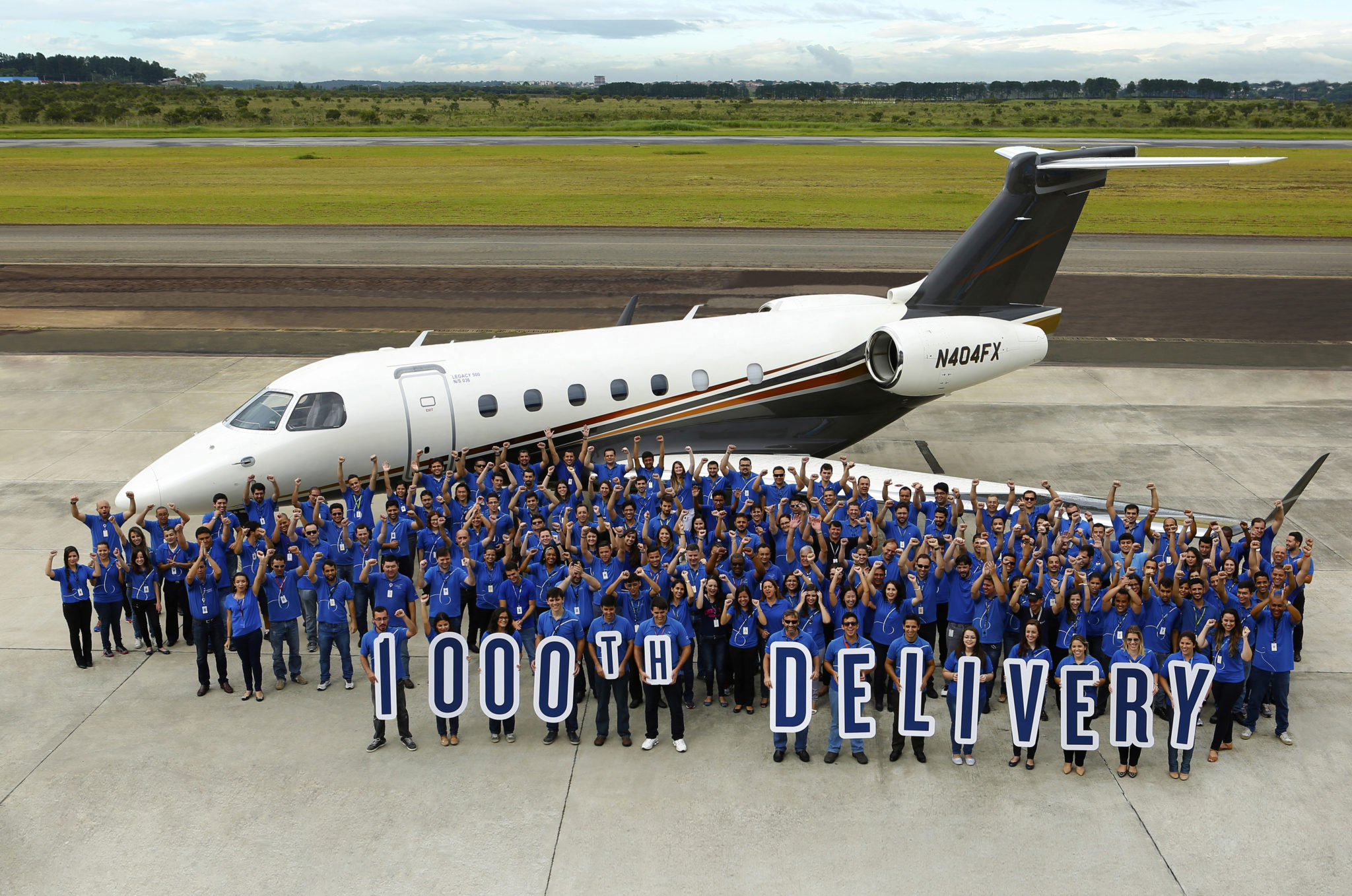 So what makes these jets special? The Legacy 450/500 program consists of two highly advanced aircraft for the midsize market, and the 500 boasts a transcontinental US range. Both aircraft feature a 6ft tall flat-floor cabin and inflight entertainment system with a high-definition video system, surround sound, multiple audio and video input options, Honeywell Aerospace’s Ovation Select cabin management system (CMS) – controllable via the in-seat passenger control units (PCUs), or downloadable apps for both iOS and Android devices – plus three options for voice communications and connectivity.

They are also the first midsize business jets with digital flight controls, based on full fly-by-wire technology, featuring side-stick controls. This technology enables a smoother flight for passengers by transmitting the manual input from the pilot electronically rather than mechanically and increasing the number of control surfaces that can be actuated simultaneously. 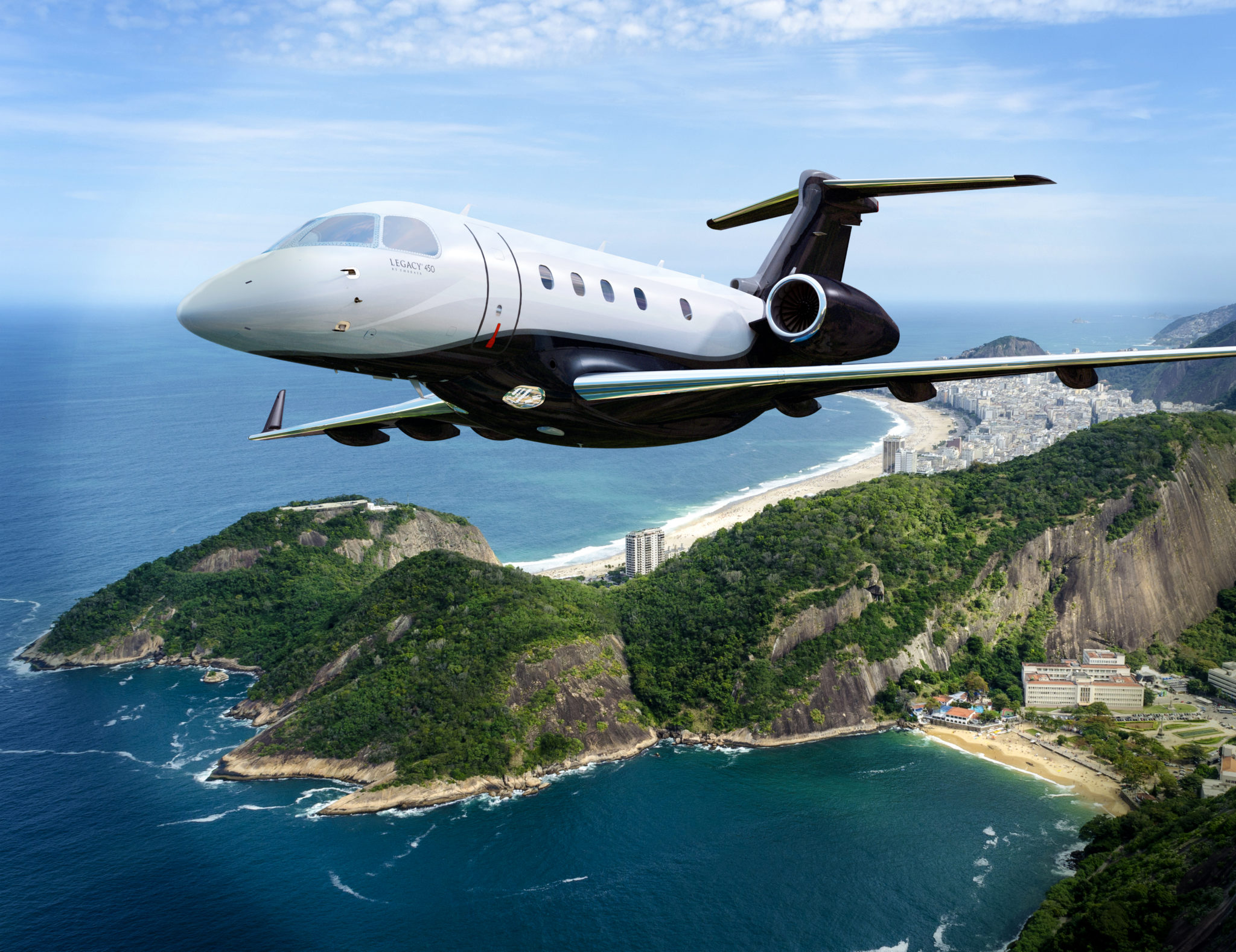 Business jet travelers demand connectivity. Even during short flights, these passengers require maximum inflight comfort, entertainment and productivity. The Legacy 450 and 500 each come with a broad range of cabin entertainment, control and integrated communications. The author flew the 500 on a short flight around Melbourne, Florida recently, and the Wi-Fi worked well for email, (although I wasn’t happy with my Twitter selfie, which only materialized when I hit the ground).

Turn right when you go in and you hit the designated front facing VIP seat on the right of the forward cabin. As a general rule in private flying, this seat is one of the forward front-facing chairs. The VIP seat offers a PCU that determines the temperature and lighting, including adjustments for color and intensity of the interior wash. There is another master control unit inside the galley, which controls the lighting, IFE, temperature and the galley functions. Monitors mounted on the forward and aft bulkheads showed the Airshow flight tracker throughout the short hop. These 17-in monitors can also come in 20-in variants if desired. 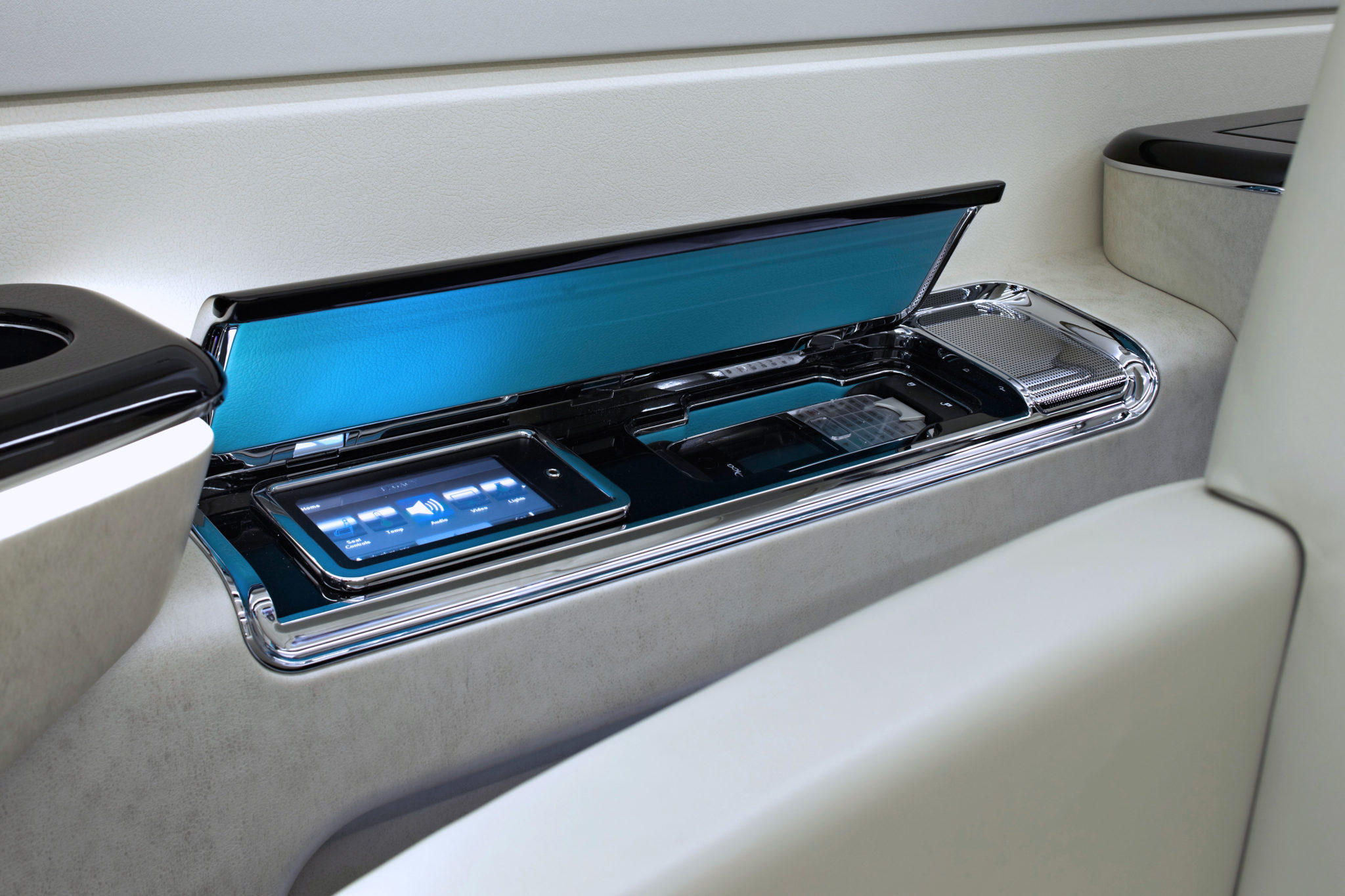 Adding to the #PaxEx visual comfort, the 500 also features 12 of the largest windows in the super-midsize class, which flood the cabin with ambient light and making it appear larger than it really is. They are also positioned so passengers’ heads are actually next to them, rather than the usual need for looking slightly down. The window shades on the demonstrator were manually operated, but powered versions are available.

B/E Aerospace supplies the seats, which have optional heating, massage and adjustable lumbar support, plus foldout leg rests. They also join together to provide single lie flat beds, while the aft divan converts into a lie-flat double bed. The aircraft I flew featured double-club seating for four, which converts into fully flat berths when required. Aft there was a three-place, foldout divan, certified for full-time occupancy, plus a single club. It’s possible to configure the cabin in several ways since the emergency exit is in the aft lavatory.

Such innovations have meant that in a little over ten years, Embraer has taken a solid slice of the executive jet sector from a standing start. This in a depleted market that is not yet out of the woods. But if the first decade represents its take-off in #bizav, there is reason to be hopeful about the cruise. 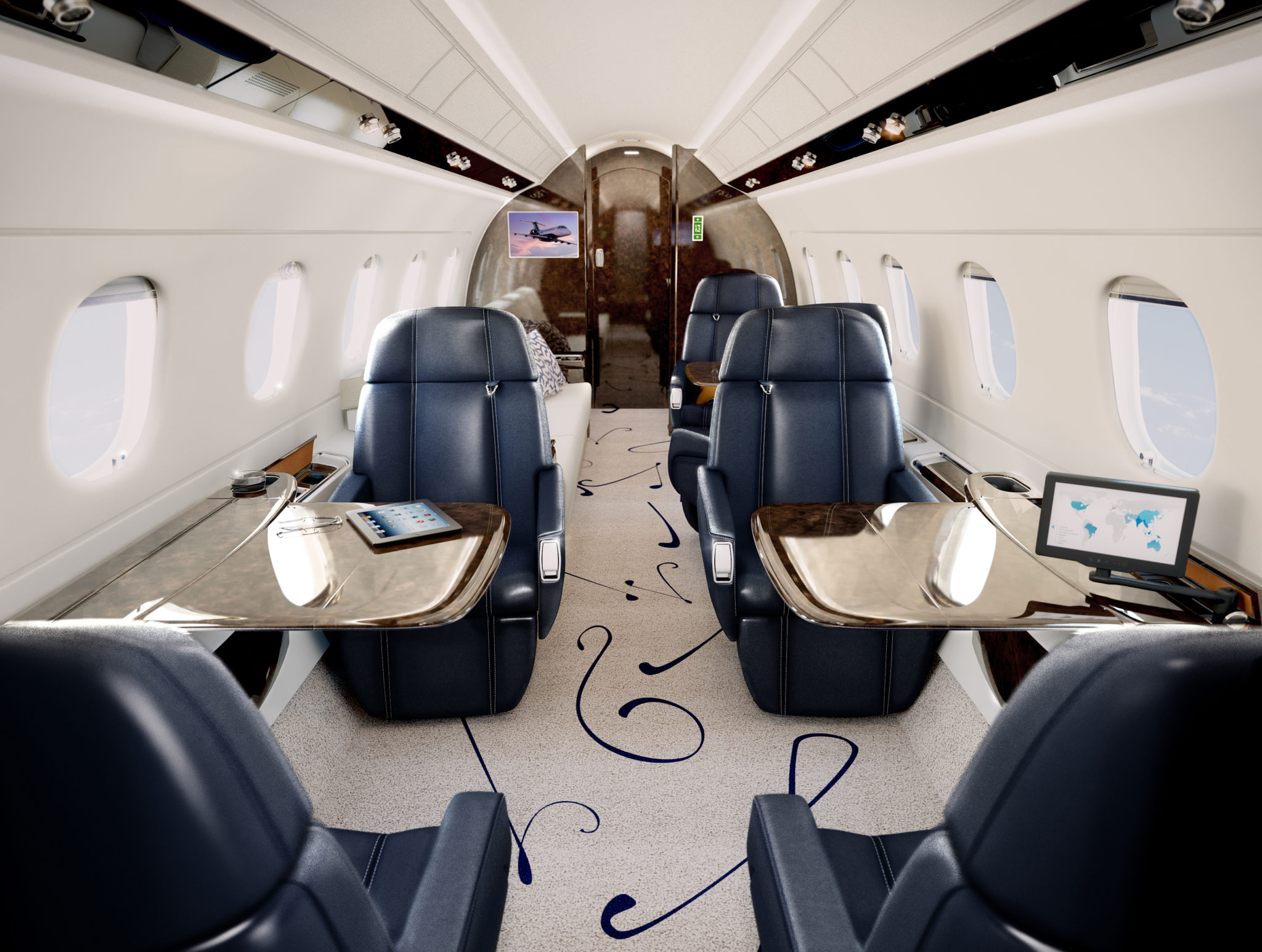