As airlines based in the United States are wrapping up their inflight Wi-Fi rollouts – and eyeing nextgen upgrades – and many European airlines have finally decided on equipage plans, there’s one massive country with a booming aviation industry that remains largely disconnected. Connectivity in China is complicated, and those complications extend all the way up to 36,000 feet.

We are now starting to see a few Chinese airlines install inflight Wi-Fi beyond just a trial basis. China Eastern recently launched Wi-Fi service on its fleet of new Boeing 777-300ERs and select Airbus A330s and heavily markets the feature in its promotional materials. But just how well does it work, and how easy is it to use? The short answers are not very well, and not at all.

China has strict rules relating to Internet use, and must know exactly who is accessing what. On a recent China Eastern flight, I was determined to figure out how to use this system, and if it is reasonable for a normal passenger to figure out. To use the inflight Wi-Fi, passengers must register on China Eastern’s site beforehand, which is far from an easy task.

Instructions on how to register are complicated, contradictory, incomplete, and partially in Chinese. Before you can even register for Wi-Fi access, you must join China Eastern’s frequent flyer program, Eastern Miles. 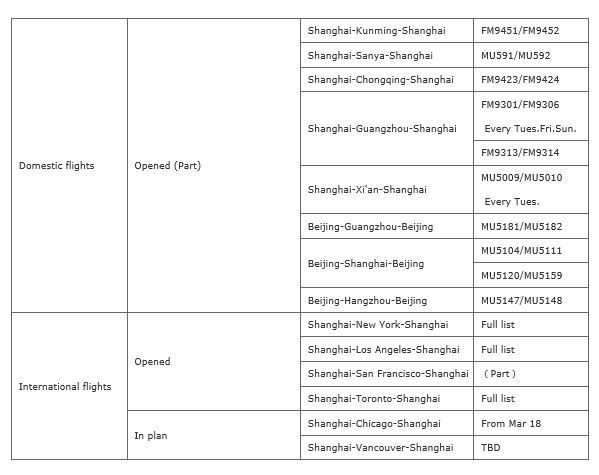 Naturally, that is even more complicated than signing up for Wi-Fi. It took several days and a whole lot of Google Translate for me to complete the process, which results in a one-time use code (emailed in Chinese, of course) for use in-flight. Information such as name, flight number, and even passport number were recorded. China Eastern says this registration is limited to 50 passengers per flight, though I doubt even half that amount figure out this process.

Once in-flight, accessing the web should be as simple as entering your name, promo code, and last four digits of your passport number. However, that doesn’t work if your flight crew enters the wrong flight number into the system. The crew had input 288 as the flight number instead of 289, so my registration never authenticated. Even though the crew corrected the flight number, the Wi-Fi portal never updated. The crew attempted to generate me new Wi-Fi codes, but that did not work either. There goes 15 hours of connectivity because of a single digit mistake.

It's not the fastest WiFi in the sky, and my VPN only worked for a minute, but it's fast enough to send this pic.twitter.com/P4jBDnzJQD

On my return flight, I was actually able to access the internet with my pre-issued code. Well, it’s more like I was able to access a version of the Internet that didn’t really do me any good. On top of the onerous registration requirements, Internet content in China is heavily monitored and filtered, meaning many Western services such as Google and Twitter are completely blocked. These restrictions apply to Chinese flag carriers no matter where they are operating. For my 15-hour flight from Shanghai to New York, that meant all 15 hours would be restricted.

Because the connection must always bounce through China for filtering, it is painfully slow. Even while over the United States, all web requests are processed through China, meaning every request bounces all over the planet before getting back to your iPad or laptop. That brings me to another oddity unique to China. For whatever reason, the use of mobile phones in-flight is still prohibited in China, even when accessing the inflight Wi-Fi system. Even though an iPad is nothing more than a big iPhone, those are allowed. Go figure.

It is great that Chinese airlines are trying to offer modern amenities, but for the amount of effort it took to access China Eastern’s Wi-Fi, I’d almost rather it not be an option. If and when Chinese airlines decide to charge for access, passengers need to be aware that they won’t be accessing the Internet as they know it.