The family of airlines conveniently known as “Norwegian” has scored a significant and long awaited win. The US Department of Transportation issued a ‘Show Cause’ order on the application of low-cost carrier Norwegian Air International – the Ireland-based subsidiary of the company – which is effectively a tentative approval of NAI’s operations in the transatlantic market. The order does allow for objections to be raised over a 21-day window and protests are likely to come from the same groups that have opposed the permit since the initial application filing. Still, barring any new reasoning in the filings it should be assumed that Norwegian Air International will begin operations in the coming months.

Delays around action on the application have been questioned aggressively by both the company and others within Europe. US and European labor unions filed briefs opposing the deal, calling into question labor standards and workers’ rights. Norwegian amended the filing to remove the conditions most criticized, bringing the employee base back to Europe rather than operating with contractors based in Asia, but the objections remained strong. And, not surprisingly, criticisms still remain. Within hours of the Show Cause order being filed, the AFL-CIO union issued a scathing statement condemning the move. Among the juicier bits:

The facts surrounding the NAI case could not be clearer. NAI, a subsidiary of Norway-based Norwegian Air Shuttle, was incorporated in Ireland with a single goal in mind: avoid Norway’s regulatory and employment laws to gain an unfair disadvantage over air carriers on both sides of the Atlantic that play by the rules as designed. …

It doesn’t take much creativity to conclude that when an airline company like NAI scours the globe for the cheapest labor it can find, evades the social and employment laws of its own country, and uses a rogue business model in violation of our trade agreements and laws, our government should not reward that airline with new rights to seize our markets, compete unfairly with our air carriers and kill our members’ jobs.

The carrier has strongly protested the “flag of convenience” charge and insists that it is playing by the books, especially with the decision to employ pilots and cabin crew directly in Europe rather than via Asia; they would, however, still be initially hired as contractors rather than direct employees. In a statement following the DOT ruling CEO Bjørn Kjos focused on the value the Norwegian operation brings to the US in terms of jobs and economic growth, “Our continued presence in the US will create thousands of jobs and generate tens of millions of dollars of economic activity for the Group’s US destinations.”

Norwegian’s position is supported by a number of smaller airlines and cargo carriers in the USA as well as by several tourism groups, mostly centered in areas where holiday travelers drive a significant portion of economic activity. FedEx is especially strong in its support for the application for reasons similar to its opposition of the recent US3/ME3 airline fight: its ability to operate efficiently depends on the Open Skies agreements and if they are suspended or changed, FedEx’s business will likely suffer.

The DOT ultimately decided that the labor objections raised do not “afford an independent basis for rejecting an application that is otherwise qualified to receive a permit”. Moreover, the State Department advised the DOT that “grant of NAI’s application, subject only to standard permit conditions, is in the foreign policy interests of the United States”. It seems unlikely that any new objections raised will vary sufficiently from those previously tabled or in a way which alters the DOT’s view on the topic.

With this approval it is reasonable for travelers to expect Norwegian to launch more new transatlantic routes. The carrier had previously suggested it would operate flights between Cork and Boston, for example, with the new subsidiary. And Norwegian is not shy about trying a variety of routes to see what can be profitable and useful in the market.

It operated seasonal winter service to three US cities from the French islands of Guadeloupe and Martinique this past winter and claims the routes were successful enough for it to return next year with possibly more services from those islands.

For consumers this sort of disruptive approach to the market is generally a good thing, with more travelers seeing non-stop service or lower fares on new routes. Several airlines such as Ryanair and easyJet – and even Norwegian – have prospered with this approach within Europe; Norwegian is looking to replicate it with Boeing 787s and long-haul flights. With more aircraft on order and more long-haul routes on offer, the trend is clear: challenges to the legacy carriers will continue. 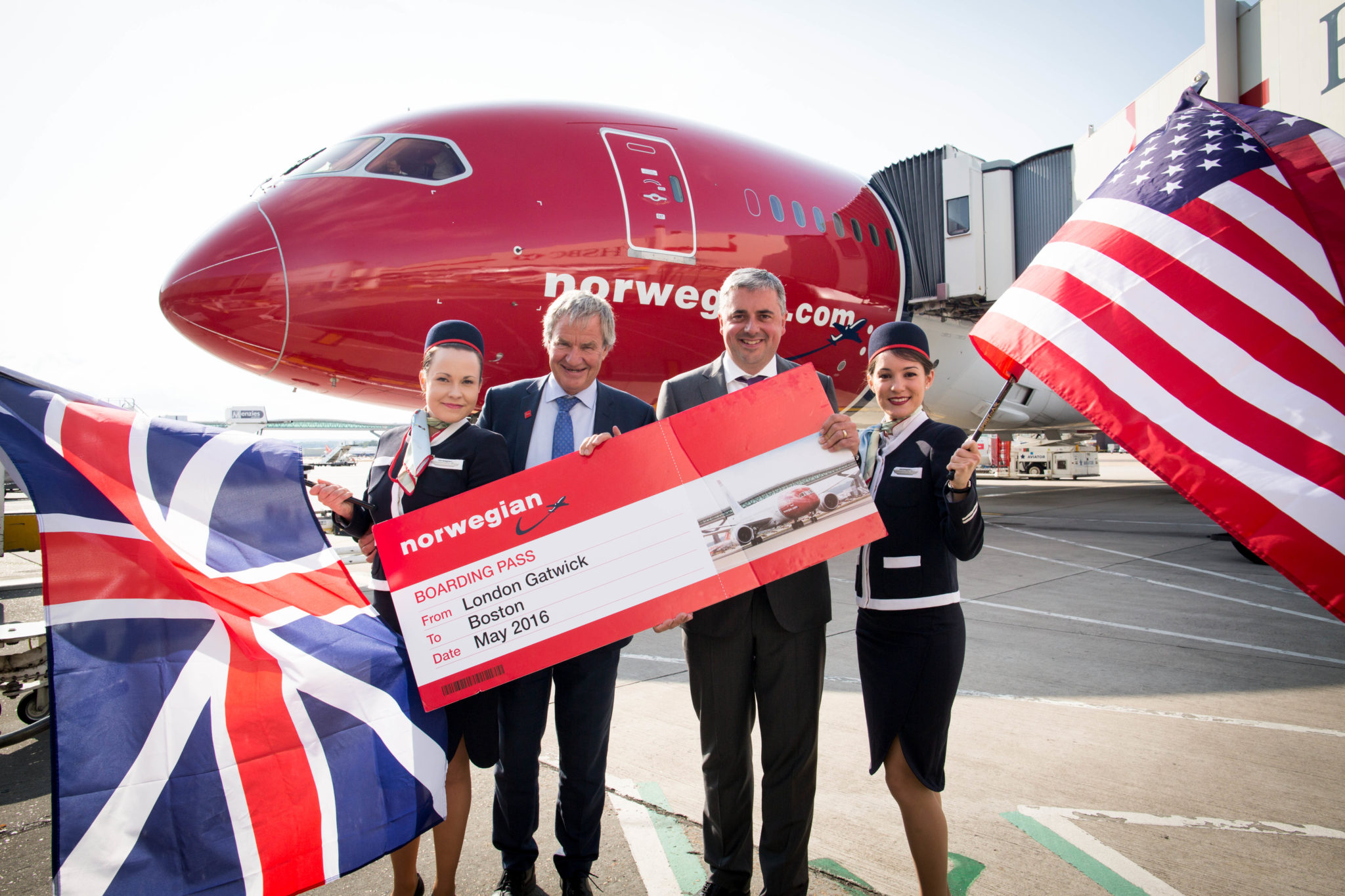 Details of the filings related to the application can be found on Regulations.gov under docket number DOT-OST-2013-0204.