Move over, European business charter airlines, Ryanair is coming for your passengers — and your money. The airline has a new all-business Boeing 737-700 with recliner seats, and is pitching it as “ideal for private corporate, sports team or group travel” on flights up to six hours in length.

It will leverage its existing 737 pilot and flight attendant base, as well as its extensive experience of operating to smaller European airports.

Inside, Ryanair’s business jet 737-700 offers 60 reclining leather seats in a 2-2 configuration, pitched at a remarkable 48”. Most US first class recliner seats are pitched at between 35” and 38”, by comparison — an inch more than even the very roomy Japan Airlines international 737 business class seats. 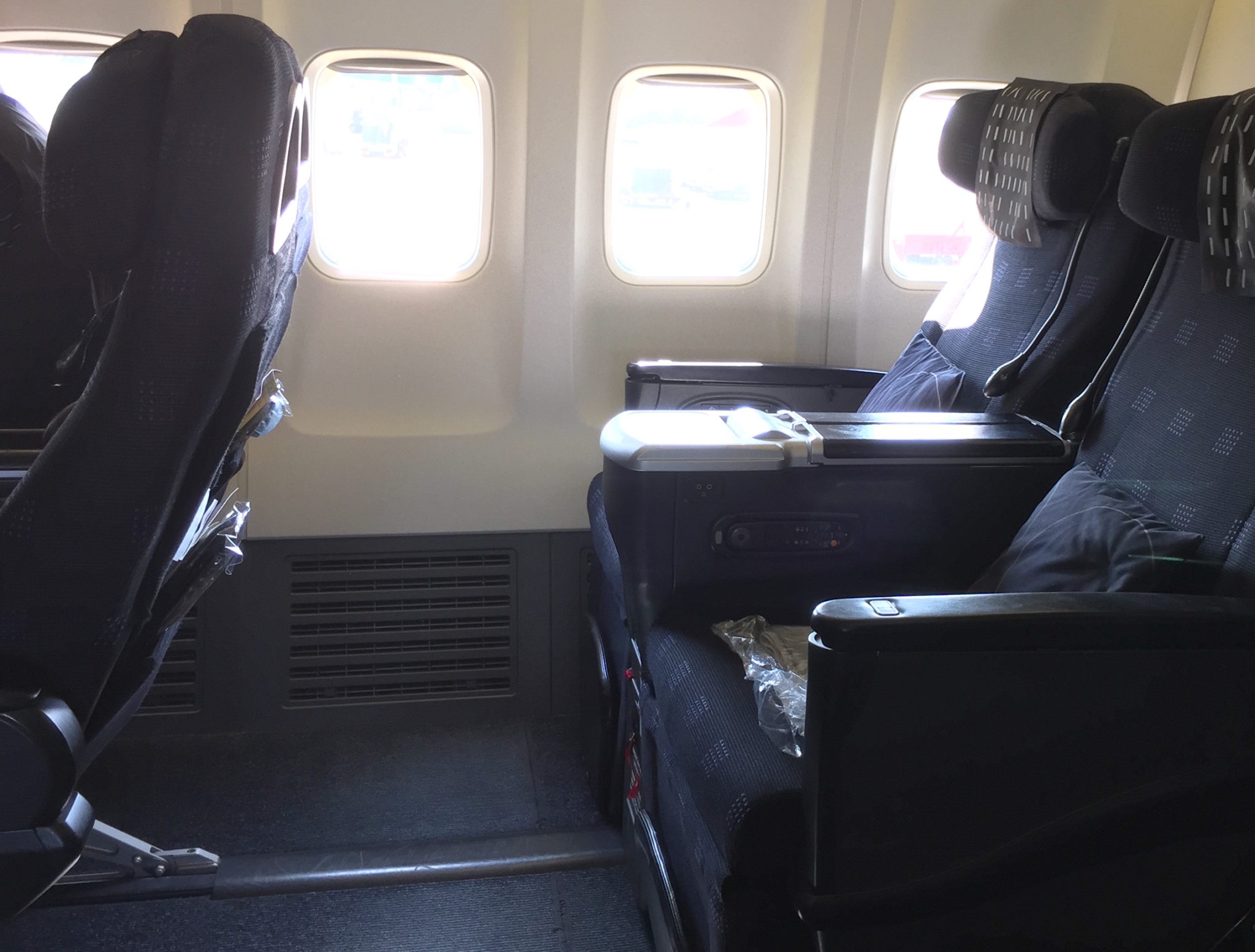 JAL’s business class seating on its international 737 fleet is among the world’s most generous. Image John Walton

Ancillary revenue, as expected, makes an appearance, although replacing mainline Ryanair’s shilling for scratchcards is the opportunity to select a range of what the airline calls “fine dining catering facilities”. The entire operation is on a cost per hour basis, with airport costs extra.

The aircraft, a seventeen-year-old example of the shorter 737-700 body with a worldwide history of operation, was initially acquired for use as a training aircraft — why use a larger 737-800 that could be earning revenue Euros for those flights, indeed. 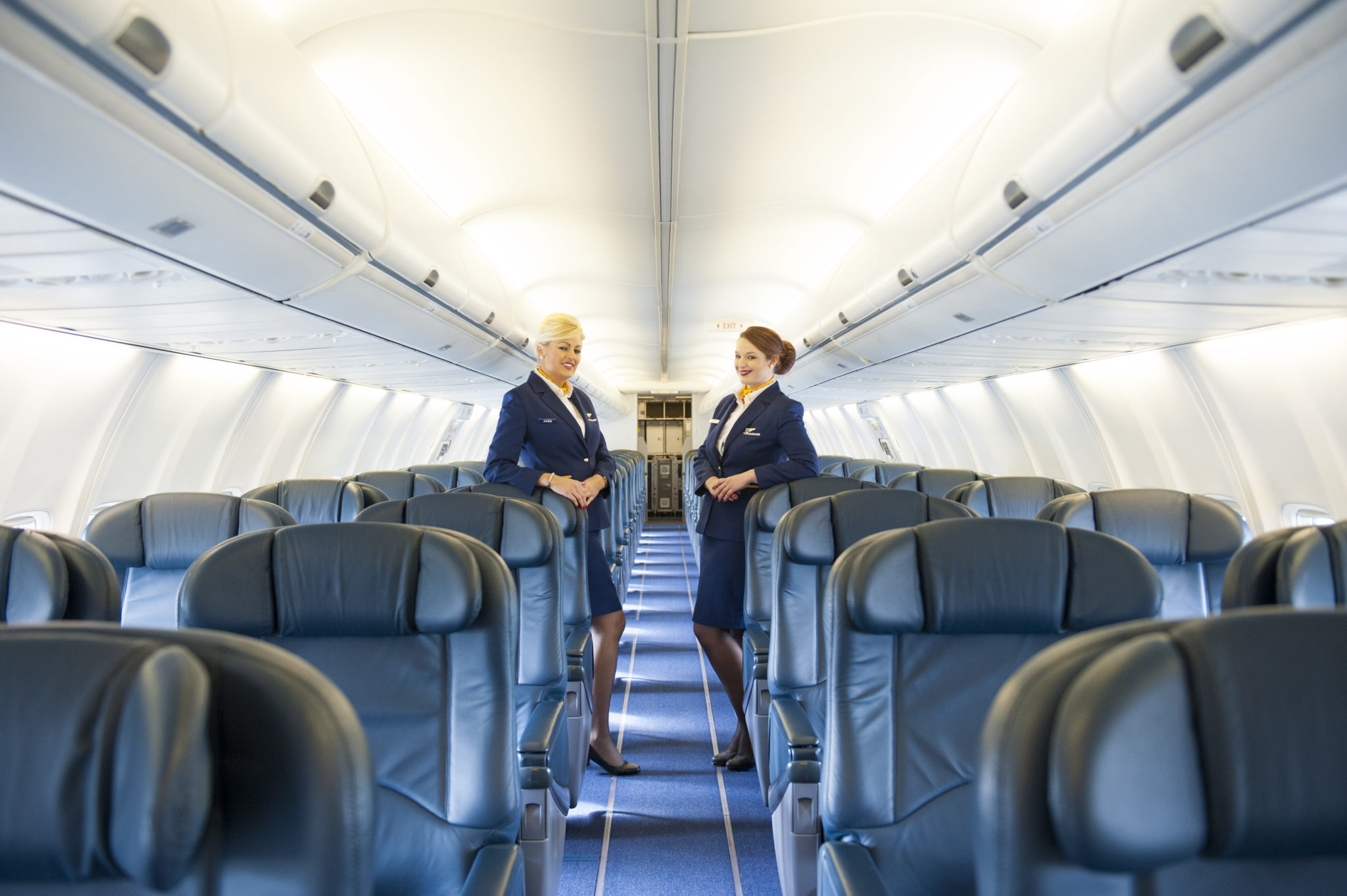 EI-SEV isn’t the newest 737, but it’s not like there’ll be a fight for overhead bin space with 59 . Image Ryanair

Of course, crew training can be carried out on an aircraft with 60 business class recliners just as easily as it can be on a jet with 189 economy class seats, and scheduled around potential charter missions.

Finding an aircraft of this size and comfort level for charter in Europe is unusual. Few European airlines offer premium-focussed charter aircraft, unlike, say, Delta in the United States, with its Airbus A319 VIP aircraft. 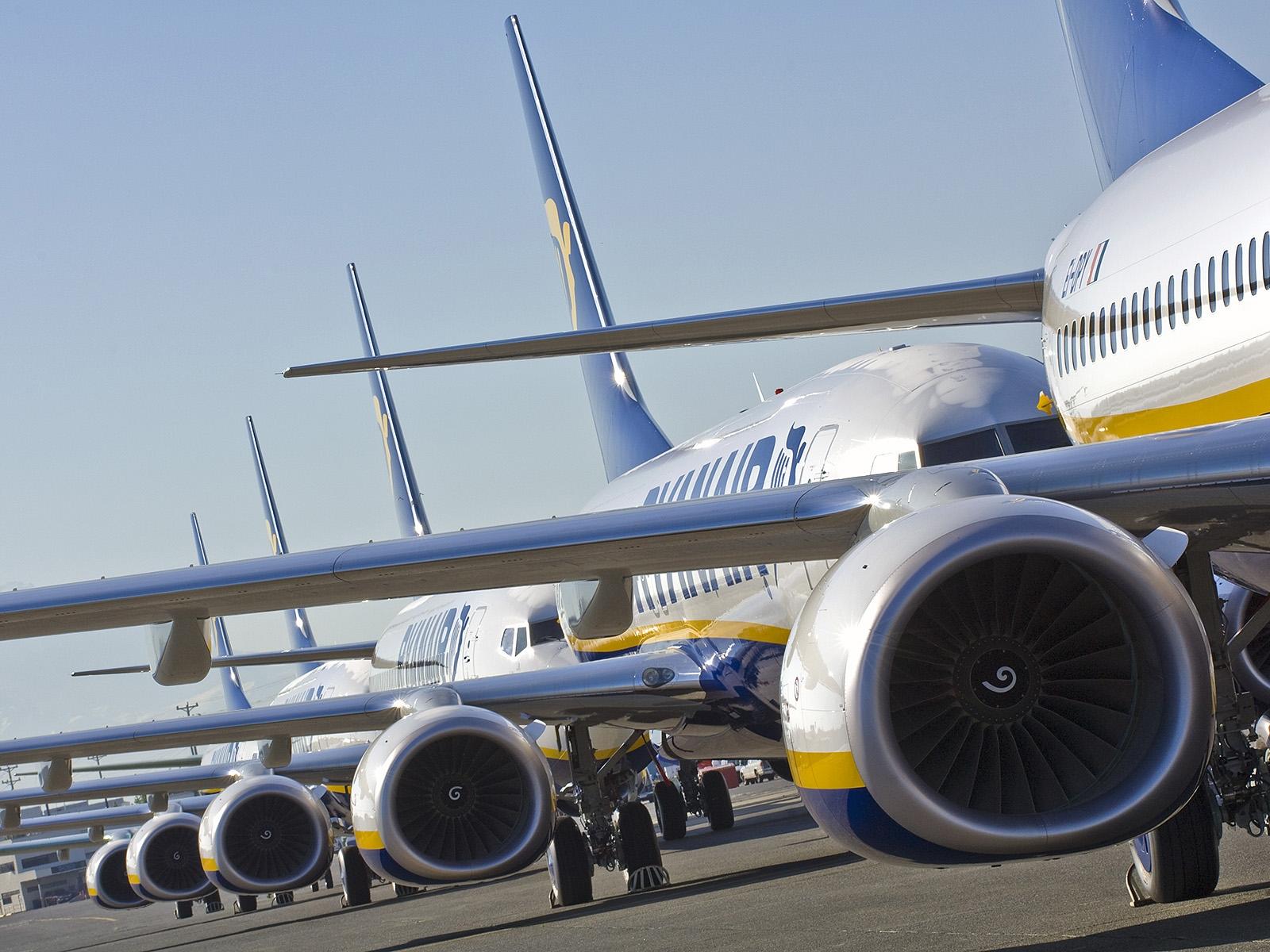 Ryanair’s experience and sway at airports across Europe will give it extra clout in the market. Image Ryanair

Let’s not forget, a recliner seat is better than almost every airline offers in European business class, where the middle-seat-free economy seats, only sometimes with extra legroom, is the standard for premium travel.

(Not all of those even include a middle seat free: the 2-2 layout of most turboprops and Embraer E-Jet aircraft mean that there is inconsistency between airlines around whether Eurobusiness is a “middle seat free” or “no middle seat” product, with a product difference commensurate with the semantics.)

Ryanair’s Business Plus fares don’t include any of that, of course: it’s 3-3 on the airline’s standard 737-800 aircraft, without a blocked middle seat.

The rest of the context in Europe includes the jets flown by specialists like PrivatAir, known for operating various oil industry-focussed narrowbody nonstops for airlines including Swiss, Lufthansa and KLM. The business hard product on these aircraft includes the world’s first angled lie-flat seat, the J2000 that Virgin Atlantic introduced 17 years ago, pitched at 60” by PrivatAir (slightly more, if memory serves, than the 55” Virgin used). Is it notably better than Ryanair’s frankly impressive 48”? Not especially, unless on an overnight red-eye.

The mixture of crew training missions and lucrative charter operations is a smart one for Ryanair. In the turbulent European economic and political climate, it will be fascinating to see whether any of the airline’s competitors follow suit. 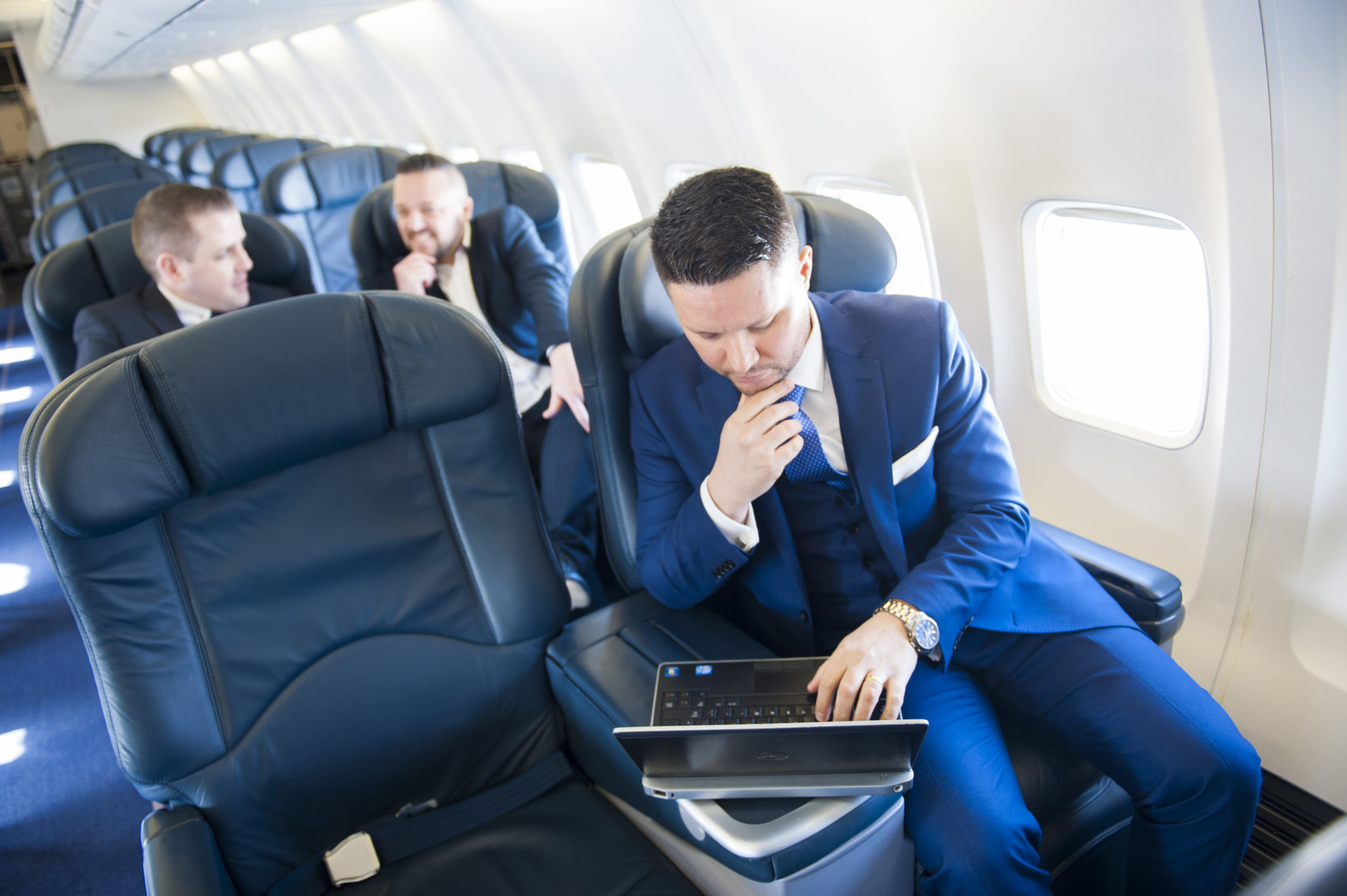 There are numerous applications for a 60-seater 737, including charter and group travel in particular. Image Ryanair