On a recent flight from Frankfurt to New York, Captain Beatrice Beyer and First officer Diana Busch worked together side by side in the cockpit of the Lufthansa Boeing 747. What separated the two was the gap in what it had cost them to be in those seats.

When Capt. Beyer, joined the airline in 1990 the choice she faced was to fly or have a family. “You always have to leave the children at home and they are small; they don’t understand,” she said explaining why she opted not to become a mother. “My choice was to fly.”

By the time Busch entered the cockpit, however, things had changed. Under German work rules, Lufthansa is required to offer part time schedules and for Busch that means flying seven flights for every 10 made by Capt. Beyer, so she has more time at home with her children aged 3, 8 and 11.

Unlike many other traditionally male professions that have opened to women over the past half century, an airline pilot’s job has an enormous impact on lifestyle. This is one reason why the cockpit remains stubbornly male, according to women pilots who have studied the issue. 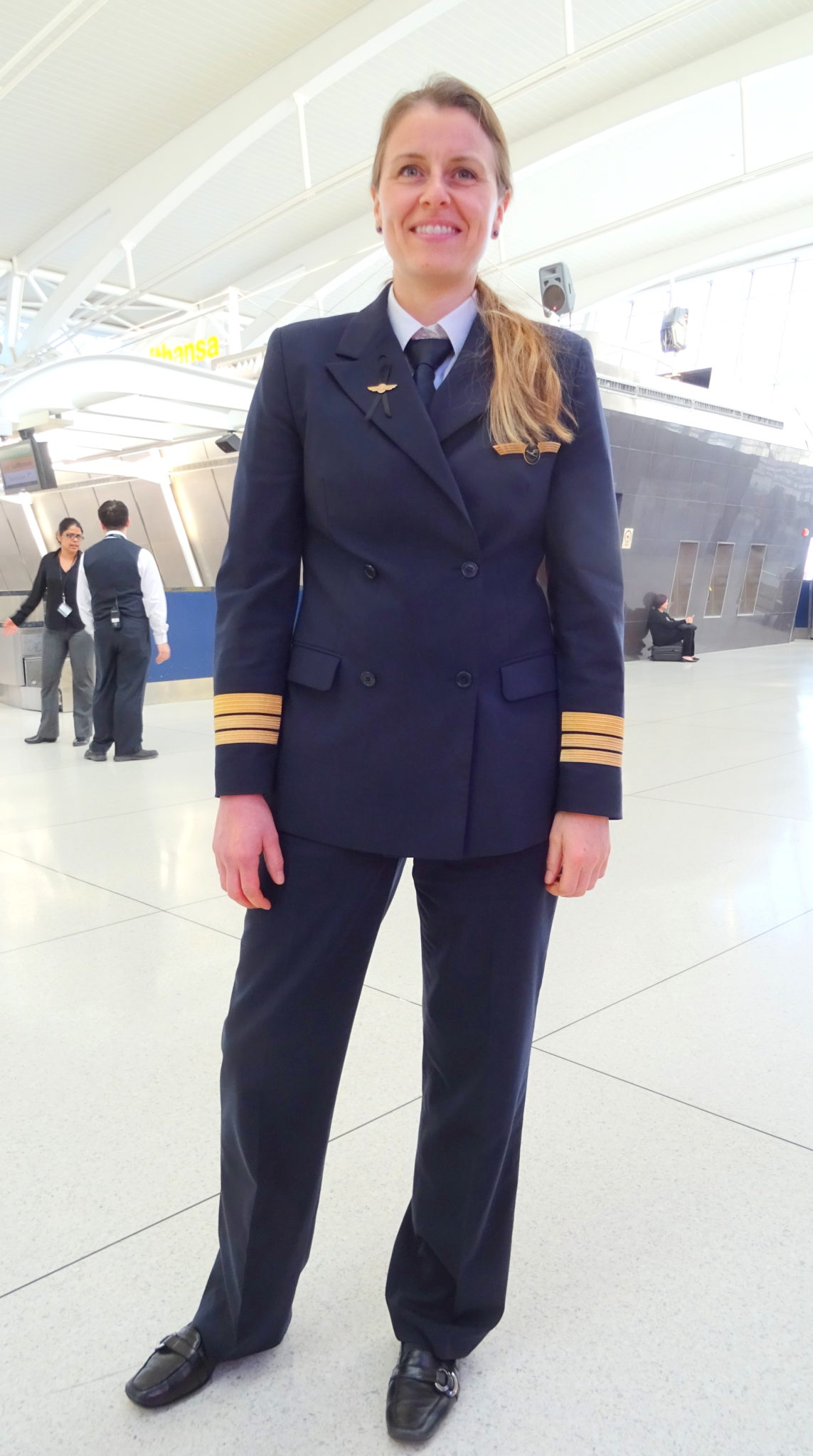 Of the nearly 153,000 commercial pilots holding FAA licenses in 2014, 6,400 of them are women. And despite an increase in women pilots in the early days of women’s rights from the sixties through the eighties, the percentage of female commercial pilots has remained at between five and six percent for the past thirty years.

Addressing the family issue is a first step towards resolving the imbalance, according to Michele Halleran an association professor at Embry Riddle Aeronautical University in Daytona Beach, Florida, and a pilot with Hawaiian Airlines on furlough. “I don’t think it is non-female friendly,” she said of the job, explaining the problem is bigger than that. The airline business is “not family friendly.”

The new trend among airlines is to brag about all-women flight crews through pictures posted on Instagram accounts and in Twitter feeds. But I recently received a photo from 1979 of what Hawaiian claims was the first all-female flight crew operating a certified US flight. 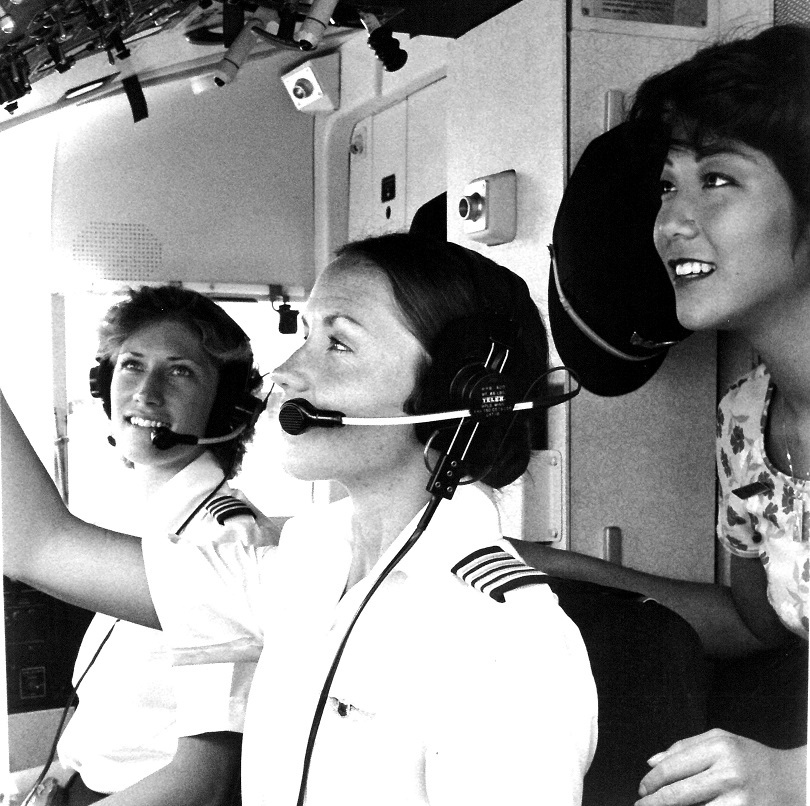 This year for International Woman’s Day Lufthansa raised the bar by orchestrating four all-women flights including the 747 piloted by Beyer and Busch. In the arrivals hall at New York’s JFK Airport, the women pilots and flight attendants on the flights of Lufthansa, Swiss, Brussels and Austrian posed for the obligatory photos but there was nothing obligatory about the energy that infused the women gathered in the sun-filled lobby.

“It makes me proud when I see all the ladies here and our cockpit crew and the other cockpit ladies,” said Tanja Donauer, a Lufthansa purser. “They look very smart with their uniform and quite happy. It gives me a great feeling.”

Donauer confessed to a twinge of “what could have been” as she told me she’d considered a career as a pilot but by the time she made up her mind she had passed the age cutoff for pilot candidates. Donauer’s experience reflects another element that the experts say hinders the entry of women into the flight deck – a lack of exposure to the profession in the critical early years.

“It was never offered in a discussion with any of my high school, job placement people,” ERAU’s Halleran told RGN. “I told the recruiter, ‘I’m going to be a pilot.’ She never heard of one of our graduates from an all-female high school going to be an airline pilot.”

“The short story is awareness, it is still lacking in the industry,” said Camila Turrieta, a first officer with Republic Airways. Turrieta and I met last summer at Goals for Girls when we were both scheduled to act as mentors at a summer camp in New York for high school students interested in pursuing careers in technology, math and science. There were dozens of brilliant, articulate teens at the camp, not a single one mentioned aviation as a career. 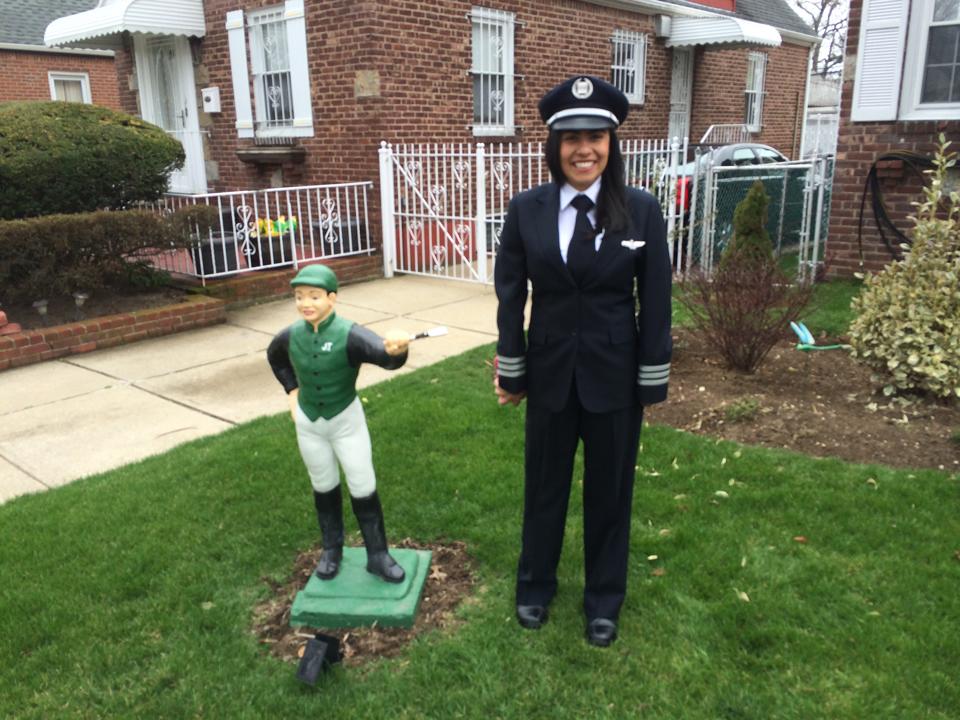 Turrieta attended August Martin High School in New York, an aviation-centered school. “Focusing on high school students is great,” she told me of her time there which led to her to nearby Vaughn College of Aviation after which she was hired by Republic. Still, more can be done, she said. “Middle schoolers – that’s where the emphasis should be.”

There are important lessons to be learned from the success of women like Turrieta, according to Vaughn College, assistant professor Deb Henneberry, who is working on a doctoral thesis addressing the flight deck gender gap. “I could spend my whole life talking about how women don’t get onto flying,” she said but the more productive path might be to reverse the question and ask, why do women decide to become pilots?

While integrating the flight deck is admirable as a social cause, the steps to accomplishing the goal; increasing the visibility of the profession and making the job more family-friendly have not been given a high enough priority but Henneberry suggests that may soon change for a very pragmatic reason.

“The pilot shortage is going to affect everybody,” Henneberry said and women are “an untapped talent source that is going by the wayside.” 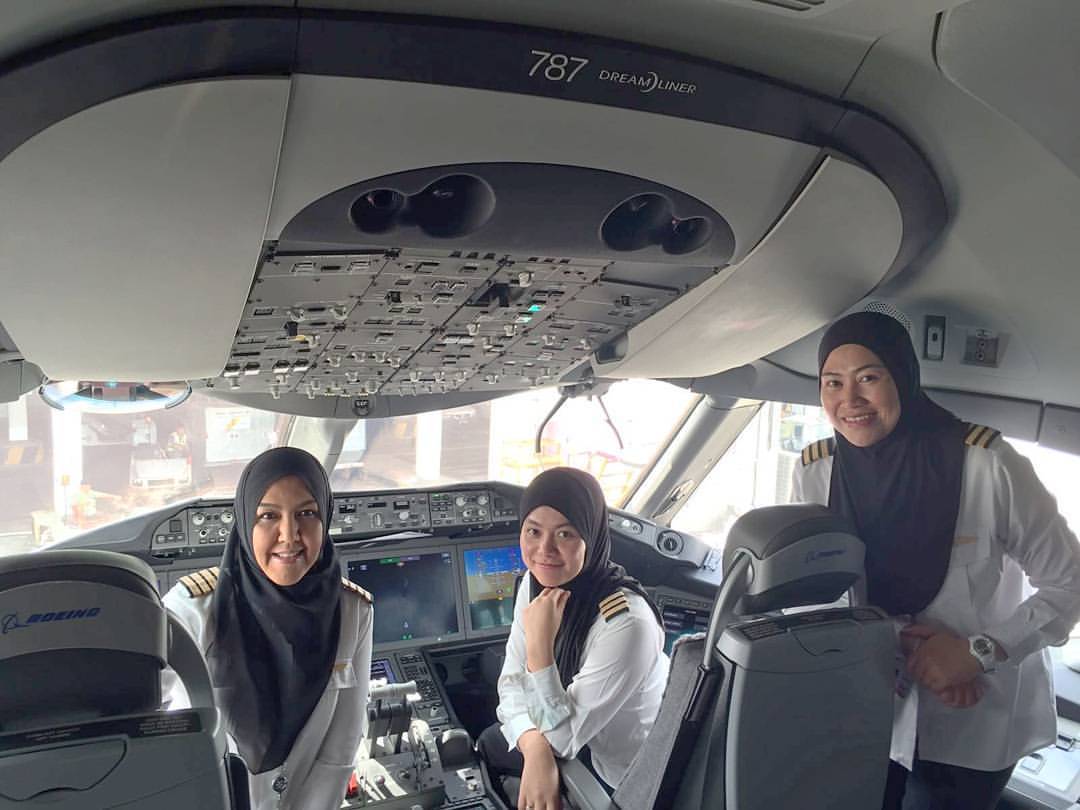