It has taken a couple of years, but a second vertically stacking business class seat has hit the market, with Japan Airlines’ implementation of the Zodiac Aries seat on its Boeing 777-200ER aircraft stacking passengers vertically in the centre sections, though still in a fully flat bed with direct aisle access for every passenger.

Japanese aviation site aviationwire.jp snapped a fascinating series of pictures demonstrating the 3D nature of the centre pair of the herringbone seats, with what appears to be around an eight to ten inch difference in heights between the higher starboard and lower port seats when reclined into bed mode. The overlap occurs entirely in the footwell area, essentially invisibly to the passenger — although travellers flying together may find it unusual when they recline to different heights.

The benefits of the extra density to the airline appear to be focussed on optimising space in order to squeeze extra room from the front and rear of the cabin. JAL’s seat map shows a substantial amount of storage being carved from around the cabin monuments — a system of three-dimensional efficiency that Zodiac has been advertising for some time in order to reduce, say, galley space by going double-deep with trolleys.

JAL’s seatmap shows the shape and design of cabin monuments around the seats. Image: JAL

For passengers, it opens up the footwell area of the seats to enable a noticeably more oblong shape compared with the more pointed triangular space that previous generations of seats — like the Cirrus seats from which the family clearly descends — have provided, although the tradeoff seems to be significantly less vertical space for flyers with larger feet or passengers who prefer to sleep on their sides. That issue has proven to be a tricky one for other seats (like early Thompson Vantage installations, and the “throne” on even later Vantage products), so the passenger response will be informative.

The centre pair of seats will be particularly popular on these JAL 777-200ER aircraft, which are frequently used on more leisure market flights, such as to Honolulu, where a significant proportion of passengers are travelling in couples. The fact that the centre pairs of Zodiac’s Aries seats are angled together is a big plus for travellers à deux.

JAL has retained the design language of its previous seat, with the relatively blocky product, red fabric and taupe suede leather matching earlier the Sky Suite aesthetic. The new seats will be installed on JAL’s eleven-strong fleet of international 777-200ERs, with the first due to take flight this July and the rest to be completed in the 2017 fiscal year. 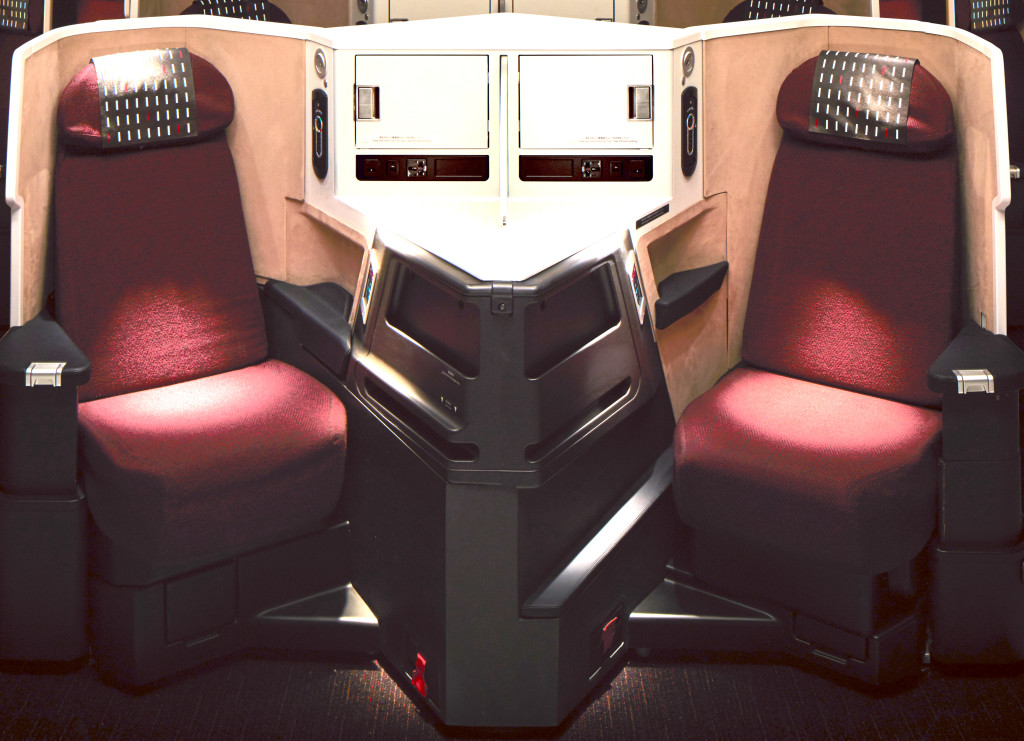 Whether the family politics of one partner literally being elevated on a pedestal above the other will work is an entirely different question, of course.

Philippine Airlines had previously installed the Stelia Equinox 3D seat on its Airbus A330-300 aircraft in a 2-2-2 configuration, but RGN understands that PAL’s recent change of management direction leaves the future of this PAL product in doubt. Meanwhile, Formation Design’s “throne plus” style concept continues to prove noteworthy in the runup to the Aircraft Interiors Expo and the Crystal Cabin Awards. Will 2016 be the year of the 3D business class seat?

Note: this article has been edited to update the name of the Zodiac Aries seat. 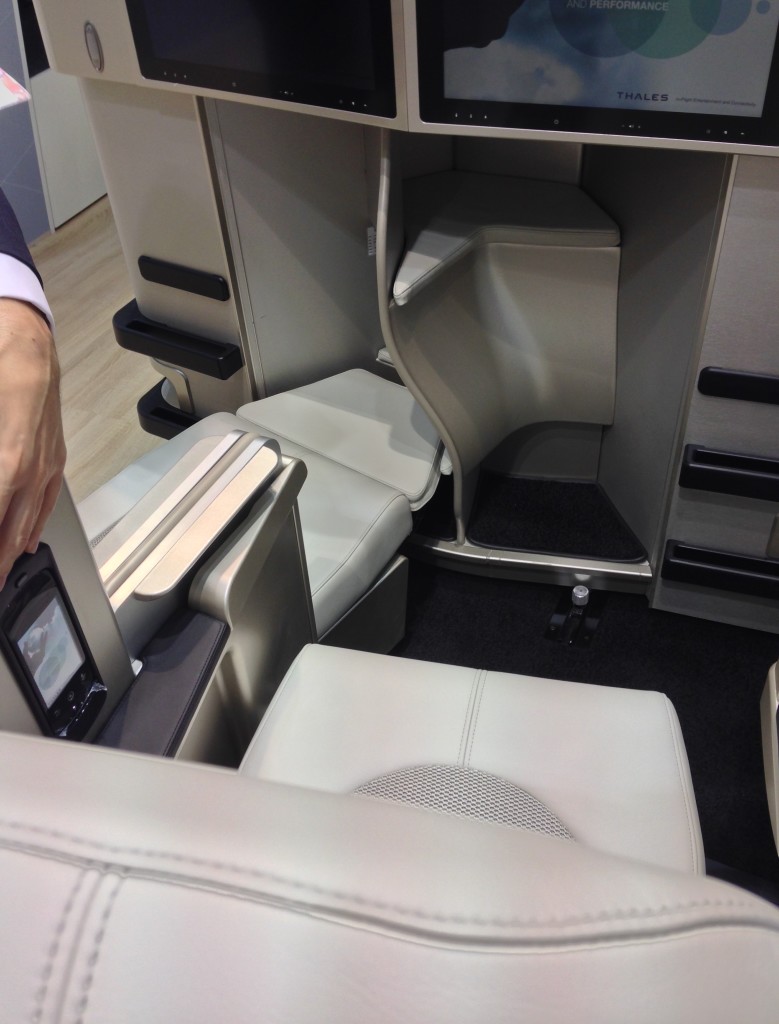 I for one am surprised that Zodiac is skating so close to a Stelia design. Is there no patent on it? Image: John Walton