LAS VEGAS: Welcome to Episode 31 of the #PaxEx Podcast. Our guest for this episode is Scott Carmichael, who serves as community marketing manager for inflight connectivity provider Gogo, and is an expert in the wonderful world of consumer electronics. First, Virtual Reality headsets are making a big splash at International CES in Las Vegas, with the likes of Sony, Samsung, HTC and FaceBook’s Oculus Rift jockeying for headlines this week.

VR is already in use for training purposes in aerospace, and indeed airline passengers will ultimately try to escape reality – perhaps particularly in super-snug economy class – with their own VR headsets, but will airlines adopt the devices as inflight entertainment? And how might they support VR-wearing passengers with great content? Co-hosts Max Flight and Mary Kirby ask Scott about the white paper he penned on this very topic. He provides some powerful commentary about the use case for VR in aviation. 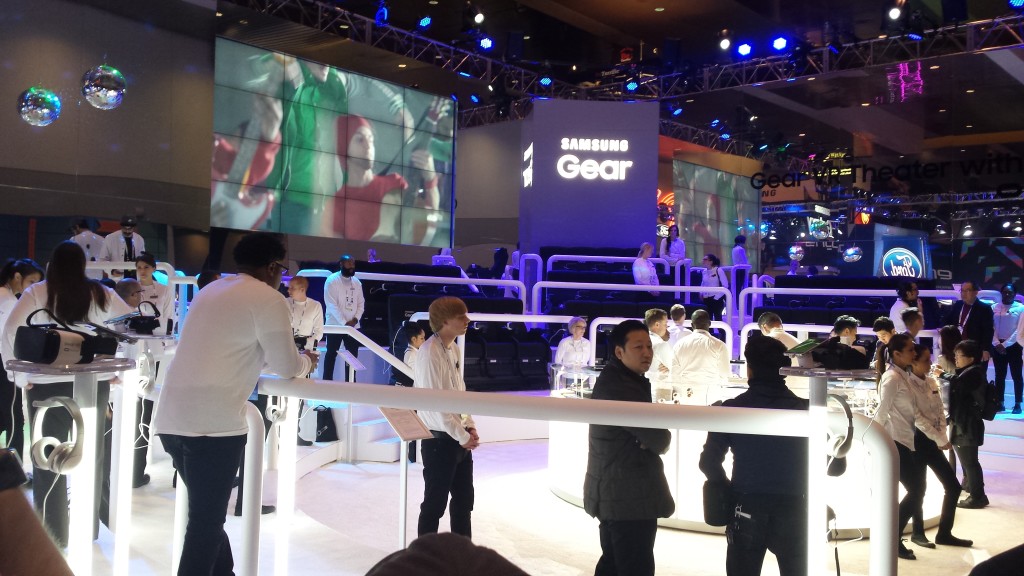 Samsung has a VR theater at CES in Vegas

Next, the Internet of Things is another major theme at CES, with production models of smart cars, smart home appliances and smart lights attracting lots of attention. We’ve talked a bit about how IoT will impact aviation in the past. But Scott, whose company is in the business of connecting aircraft – and ultimately streaming information from aircraft systems over those broadband pipes – has unique insight into the likely applications for IoT in the aircraft environment. And he addresses both the safety and security concerns associated with connecting aircraft from nose to tail.

Last but not least, we take the opportunity to ask Scott about his “must have” gadgets when traveling, and which brand new devices spark his interest. He explains why this year’s CES is generally more evolutionary than revolutionary.