With a set of significant improvements to the process by which transgender pilots can begin or complete a gender transition while still flying, the US Federal Aviation Administration (FAA) is finally making it easier for trans pilots to maintain their required medical certification without being needlessly grounded.

The changes include simplifying the requirements for all transgender, transexual, gender non-conforming, gender fluid, gender neutral and other trans-identifying people applying for a medical certificate, from student pilot medicals to first class medicals.

“This change relieves transgender pilots of the previously lengthy and uncertain process of the old aviation medical examiners guide which would ground all gender dysphoric pilots,” Taylor says. “It opens the process for gender non-conforming or gender fluid pilots who are not seeking treatment for a normal medical.”

“In other words,” Taylor notes, “we are free from the majority of the scrutiny we are previously subjected to by outdated policies from the Federal Aviation Administration. We can continue living our lives transparently with our families, employers and most importantly the FAA.”

“Previously the FAA required all transgender people to undergo significant psychological reporting, to include a DSM-V and possibly a full cognitive work up. Along with these reports you would have to submit your own description of your gender dysphoria, and the way you have overcome the negative side effects. As if this wasn’t difficult enough, you had to also submit blood work and reports from your treating physician. With all of this, you still had a better than average change of being grounded due to the time it takes for your case to be reviewed after being sent to Washington, DC,” Taylor explains.

“With the new changes a person that has gender dysphoria now has one of two paths. If you are less than five years on hormone replacement therapy (HRT) or have had gender reassignment surgery (GRS) you must submit a form that has to be completed by a licensed therapist or psychiatrist. This form has basic reporting points that insure stability given the circumstances. Once this form has been completed, you submit it to your aviation medical examiner, and it must then be forwarded to the Oklahoma City Aeromedical office for review,” Taylor continues, highlighting that “this is significantly less than previous reporting and will reduce the time it takes to review your case.”

“If you have had gender reassignment surgery or have started HRT more than five years ago the Aviation Medical Examiner can issue a medical on the spot,” Taylor explains. “This is significant for many people are on HRT and have been stable for many years.” 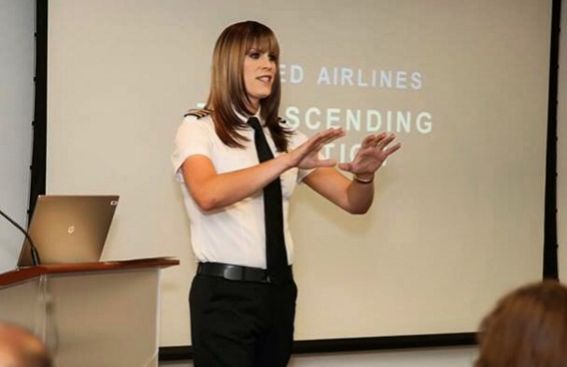 Additional changes include a note that no further evaluations are required for pilots who are gender non-conforming or gender neutral and do not plan on treatment, given that those applicants are considered stable with no other side effects, Taylor says.

“But the last and most significant change to the aeromedical guide,” Taylor points out, “is the update in terminology from Gender Identity Disorder (GID) to Gender Dysphoria (GD). This aligns the Aviation Medical Examiners guide more closely with terminology in the Diagnostic and Statistical Manual of Mental Disorder and World Professional Association of Transgender Health (WPATH).”

While society begins to encounter, understand and accept trans individuals more widely, Taylor has been working behind the scenes to ensure that the FAA is making evidence-based decisions based on medical need and not on outdated, stigmatising processes that have not kept pace with the understanding of what it means to be trans.

A first step was the 2012 FAA decision to remove the requirement for cognitive reporting, after work by pilot Tamsyn Waterhouse and the Transgender Law Center.

Late in 2014, Taylor began meeting with members of the FAA and Congresswoman Diana DeGette (D-CO), and organised a letter co-signed by six other congresspeople to the FAA in 2015.

“In the last year,” Taylor says, “I have worked tirelessly in gaining a new knowledge of what it means to be transgender and of the treatment of such individuals. Being transgender myself I have learned that this is a simple medical issue that is largely misunderstood. Once I gained my medical in December of last year, I was able to look from the top to the bottom of the process. I began to realize that the FAA wants to ensure public safety while being able to update the aviation medical examiners guide to ensure proper treatment of transgender individuals.”

“Once I understood the basics, I began to form relationships with people inside the FAA in Washington, DC, who have an in-depth understanding of the treatment and certification process. It was clear that the FAA wanted to update the manual,” Taylor says charitably, noting that FAA staff “lacked the knowledge of how to move forward and ensure public safety. Having helped several pilots through the process, we began to prove to the FAA that a large majority of transgender pilots are little to no risk to safety.”

“While I believe this is a great victory,” Taylor says, “we must never stop striving for equality in our world and communities. This change is a huge step forward, but, unfortunately, has come far too late and at a great cost to many other transgender pilots. Pilots like UPS’ Kelly Lepley and Amanda Simpson [now Special Assistant to the Assistant Secretary of the Army for Acquisition, Logistics and Technology in the U.S. Department of Defense] have fought very costly battles to achieve acceptance and love in a world that still does not understand transgender people.”

“We will continue for the removal of Gender Dysphoria and a disposition requiring special consideration. Also, we must continue to prove ourselves to employers and open paths for other transgender people to join the aerospace profession,” Taylor concludes. “Organizations such as the National Gay Pilots Association have opened membership to transgender pilots (NGPA), which is revolutionary in an association. Even though we have gained significant access for the LGBTQIA community, people who identify as the T or transgender part of this acronym are often left behind due to a lack of understanding. Integration of transgender rights within airline corporations is our current frontier for equality.” 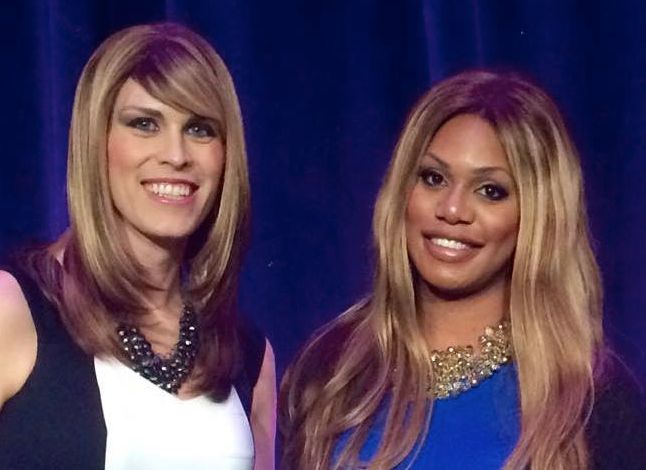