NEW DELHI: In 1998 India released a stamp to celebrate woman in aviation, an important recognition for this ofttimes invisible force. Today, there is a storm of motivation brewing to do more to educate, train and recognize women in aviation, as this journalist recently learned in the green environs of the Dusit Devarana Hotel on the outskirts of New Delhi. There, a group of women has launched the India chapter of Women in Aviation, International (WAI).

CJ Collins, who serves as the FAA senior representative in New Delhi covering South Asia, is the brainchild behind WAI’s launch in India. “I was at a WAI event and what hit me was India’s neighbor UAE had a chapter. Why not here?” A couple of chance meetings with Radha Bhatia, chairperson at Indian travel and technology services provider Bird Group, “where we were two lone women” in an all-male crowd, led to their mutual resolve to launch WAI’s 147th Chapter on 22 October.

Now serving as WAI India mentor, Collins declares, “We can’t concentrate on 50% [of the] population being left out of skill development.” Bhatia wholeheartedly agrees. The industry has changed radically since 42 years ago “when you found women only at counters and never in sales”, she says. But much more work can and should be done.

The careers of the founding members, pictured above, represent a diverse mix of professions related to aviation, be they pilots and cabin crew, a regulator, journalist, lawyer, activist and ground handler.

A common experience among the younger generation in this mix is that they have had to battle against the dissent of family members to get where they are at.

Take Shweta Singh, who serves as deputy chief flying operation inspector at India’s Directorate General of Civil Aviation, and a captain with Jet Airways. Her father, defense officer, inspired a dream to fly as a young girl. “But he was keen on me becoming a doctor,” she tells RGN. “I went into the dental field but did not find it interesting. Finally I got my way and joined a flying school in Texas.”

The rest is history. Shweta went on to become the youngest trainer. She also won a beauty contest and was selected to represent Delhi. “But they wanted me to give them a year of my time and that would affect my flying.” She hopes to someday play a role on the international stage, possibly with ICAO. 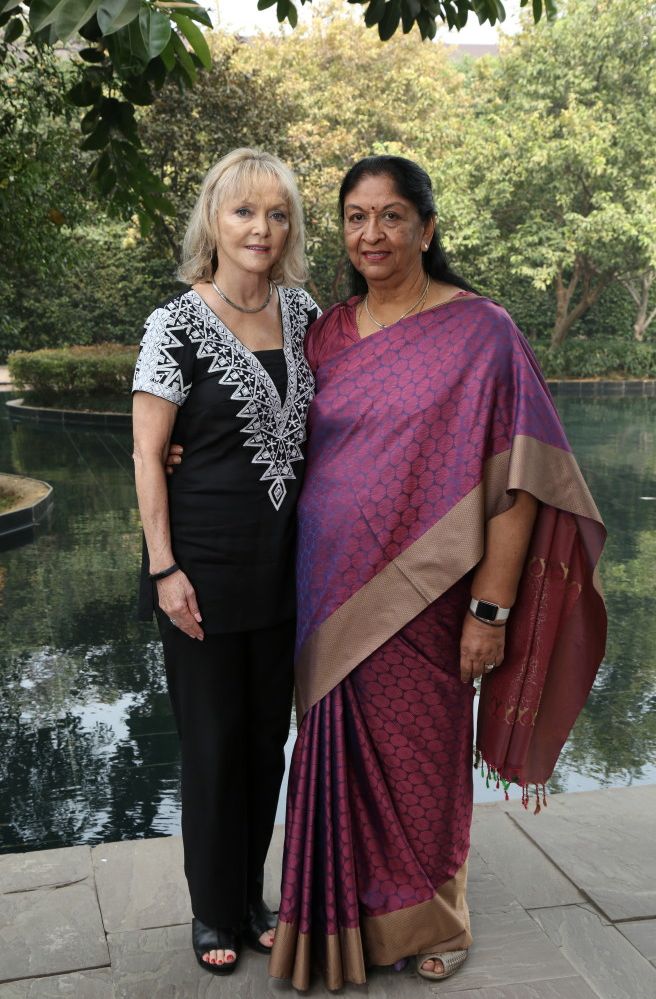 The chapter was triggered by CJ Collins and coordinated by Radha Bhatia. Images snapped at Dusit Devarana hotel in New Delhi

A similar story of endurance and grit was shared by Captain Priti Sidharth Singh, a pilot with low-cost carrier SpiceJet. She’s eager to see more women join the pilot ranks. And management is firmly on board, as highlighted by the carrier’s recruiting efforts.

Tulsi Mirchandaney, managing director for Blue Dart Aviation – India’s only domestic cargo airline and South Asia’s largest, with a fleet of five Boeing 757 freighters – says women in India “wanted to come to cargo but airports didn’t know where to put them”.

That’s why education and training for young women interested in aviation will be an important focus of WAI, India. While legally men are allowed into WAI – which is not without its controversy – “guys will be invited as educators, speakers for our planned events through the year”, say Bhatia.

“The idea is to draw women into aviation…to make them realize it exists. Areas like manufacturing, leasing, law, MRO, have not been visible enough,” adds Collins.