Welcome to Episode 28 of the #PaxEx Podcast. Our guest for this episode is John Walton, an international aviation journalist who writes for a variety of titles including Australian Aviation, Airways News, Aircraft Interiors International and of course Runway Girl Network. He also pens the very forthright Up Front opinion and analysis column on RGN.

Southwest Airlines is the latest in a growing list of publicly traded companies appearing to stretch the truth in its comments to the press about #PaxEx improvements. The carrier recently revealed a new seat for its new 737NGs and 737 MAXs but the seat doesn’t seem to live up to prior claims about being wider. John Walton has observed this story play out since Southwest’s initial announcement at the Aircraft Interiors Expo in Hamburg. He explains to co-hosts Max Flight and Mary Kirby why he’s very concerned over Southwest’s obfuscation. 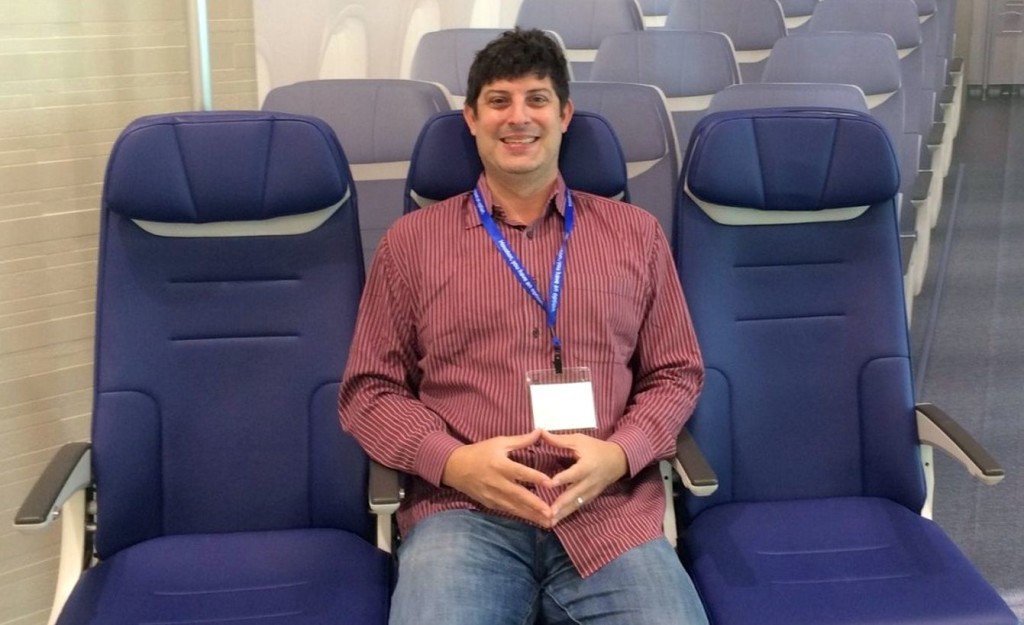 RGN contributing editor Seth Miller discovered that Southwest’s new seats are the same width as the old, during the carrier’s media day. Slimmer armrests are allowing Southwest to make the claim of more seat width.

Southwest is not alone in its apparent PR shenanigans. During the recent APEX Expo in Portland, Oregon, defense contractor and IFE newbie BAE Systems also played loose with its messaging to press. Mary details what transpired when BAE made the claim to RGN that it had received clearance from two Hollywood studios – among the so-called ‘big six’ – to stream early window movie content to passengers’ own devices. All six of the ‘big six’ – Disney, Paramount, NBCUniversal, Sony, Warner Bros, and Fox – hit back at BAE’s claims, denying any involvement.

Are we in a world where corporations are not being held to their word? Max, Mary and John discuss the new media frontier.

Next, it would be hard not to miss the recent news that Airbus has filed a patent for a ‘flying bunk bed’; in fact virtually every major media title has covered the story. But this application follows a long litany of wacky patent applications for aircraft seats. In this episode, we look at the viability of the design and safety implications, consider whether the patent process is being used for publicity, and talk about how Airbus’ application is in fact part of a broader Intellectual Property strategy being pursued by aircraft airframers and seatmakers. John also makes the case for why the click-bait articles about these patent applications are creating a harmful narrative that feeds into the notion that airlines and airframers don’t care about economy class passengers.

Last but not least, we talk to John about his recent trip to Iceland, where he uncovered a compelling story about how Icelandair is using sensors and connectivity to put itself on the forefront of weather forecasting. We look at how the IoT of aviation is actually becoming a reality. And John shares a report about his overall travel experience in the gorgeous country of Iceland.