JetBlue took a major step forward in the equipage of its fleet with Fly-Fi inflight Internet this week, putting the first Embraer E-190 with the kit into service.

The move comes after several false starts and delays to the deployment for a variety of reasons. Two planes are flying with the kit today and two more are being installed; the new schedule has the 56 remaining aircraft earmarked to be fitted by Fall 2016.

RGN was invited to trial the Thales/ViaSat Ka-band satellite-supported system on its inaugural flight from Boston to Washington-Dulles and put it through it paces. Multiple video streams worked without a hitch and streaming a Periscope feed off the plane was successful on the return flight. Speedtest results were better than typical A320 flights though the net result as a passenger is essentially the same: The service is fast and free. The company also announced that it has completed deployment of the Fly-Fi service on its A320/A321 fleet. 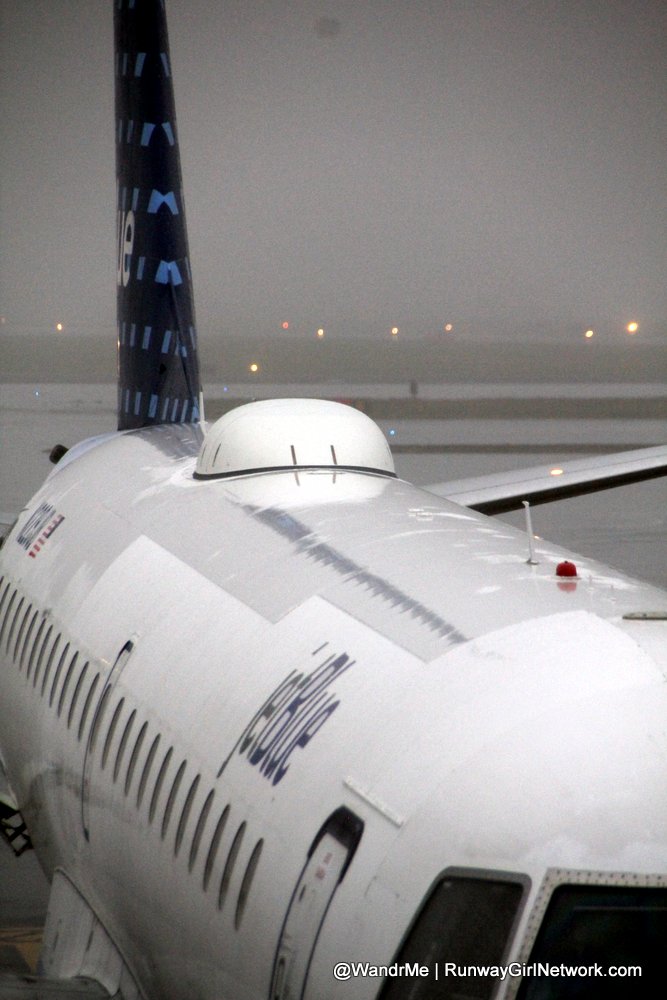 Speaking to the E-190 rollout, JetBlue VP of product Jamie Perry noted that the route profile and customer makeup on typical flights varies from the A320 fleet, suggesting a different usage pattern. The E-190s are more commonly used on shorter routes and, especially out of Boston, to more business-focused destinations rather than leisure/VFR markets. To Perry this means expectations of “a higher uptake given the type of customer but probably not the high bandwidth data consumption such as streaming. More like the email and the work related activities.” Even with that set of expectations and a slightly smaller antenna than on the A320 fleet, however, the company is preparing the aircraft to handle the higher bandwidth demand and ensure the “at home in the air” level of service.

The company is also pursuing gate-to-gate activation of the service, an option available today only from Southwest Airlines and its Row44/Global Eagle solution. This would allow more connectivity time for users on the shorter E-190 flights but it also comes with its own set of challenges. JetBlue does not want the crew to be involved in activating the functionality, preferring that it happen automatically based on some trigger in the flight process.

Also, testing is ongoing with ViaSat, the antenna provider, to ensure reliable operation of the hardware at the higher temperatures the aircraft experiences on the ground. But, to Perry, those are just tasks to work through. “We’re going to get to gate-to-gate, which will enable people on these shorter flights to use it for longer but we just need to work through those two issues first,” he says.

As for the future of the inflight connectivity product, Perry acknowledges that the company is hoping to expand into operational efficiency efforts as well (and he has previously talked about real-time point-of-sale validation) but notes that there are technical hurdles to cross first. Running multiple SSIDs to allow crew devices unfettered access or an operations network to handle technical data, for example, are on the horizon. And with what is currently the biggest bandwidth pipe in the sky running to its aircraft JetBlue has plenty of opportunity to grow in to such use cases.

The more curved radome in the foreground houses the dual antenna system; in the rear is the single antenna for TV only. 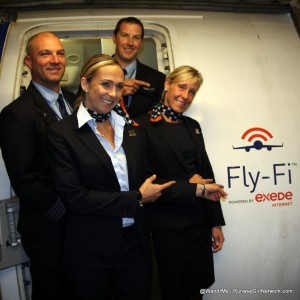 SIA makes POWER-ful PE statement; will it extend to A350-900ULR?