United Airlines is building awareness about its wireless IFE product via tray tables. With more than 150 aircraft offering a BYOD streaming solution as the only IFE option, the carrier has noticed a disparity in customer satisfaction scores between those who know about the streaming option and those who don’t.

“[E]ven with signage in the terminal areas, seatback cards, seatback placards and references in Hemispheres [magazine], we want to continue building awareness for our free personal device entertainment service offered on board,” says the airline. And so, adverts are coming to the tray tables on the carrier’s Airbus narrowbodies and domestic Boeing 777 fleets. 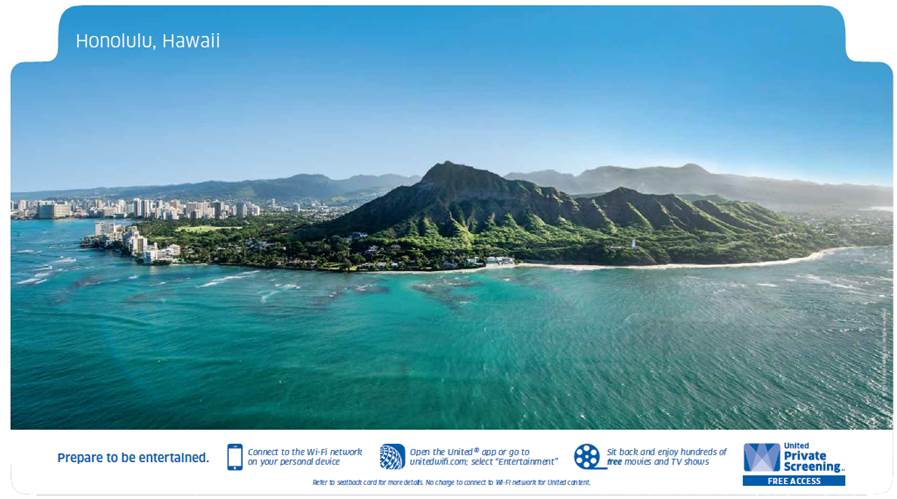 A number of different images are being used; these highlight United’s destinations and include a banner at the bottom explaining how to connect to the IFE service.

This move raises comparisons to ULCCs, which are often known for selling ad space on every inch of their aircraft. Even American Airlines recently got in on the game with its own version of tray table ads in collaboration with the Dallas Convention and Visitors Bureau.

To some extent, the ULCC comparison is valid. United is absolutely advertising; it just happens to be doing so for its own products rather than a third party.

In this case it seems likely that the net result will be travelers who are better entertained during the flight, ultimately improving the passenger experience. That’s smart advertising.

RGN Premium: Quiet on the call, but why?