“Are you the Caitlyn Jenner of airline pilots?” I ask Jessica Taylor as she is fresh off a turn flying from Aspen to Los Angeles. Taylor flies on the Aspen route network, known as one of the most demanding for pilots in the US.

I hope I’m not being overly forthright, and Taylor laughs. She says she’s glad for the media attention on Jenner as the Olympian begins to live her life as Caitlyn.

“On many occasions I will hear things like, ‘Hey she’s like Caitlyn Jenner’ or ‘She’s like Caitlyn’,” Taylor says. “That very simple comment will allow dialogue to begin with people who previously didn’t have the language to ask questions. She has provided a basic understanding for mainstream people to begin a conversation with a transgender person.”

Taylor isn’t just fresh off her Aspen to Los Angeles flight, she’s fresh off national television, speaking with Dr Drew Pinsky on a special dedicated to informing and educating the public about transgender people, their lives and how they lead them. 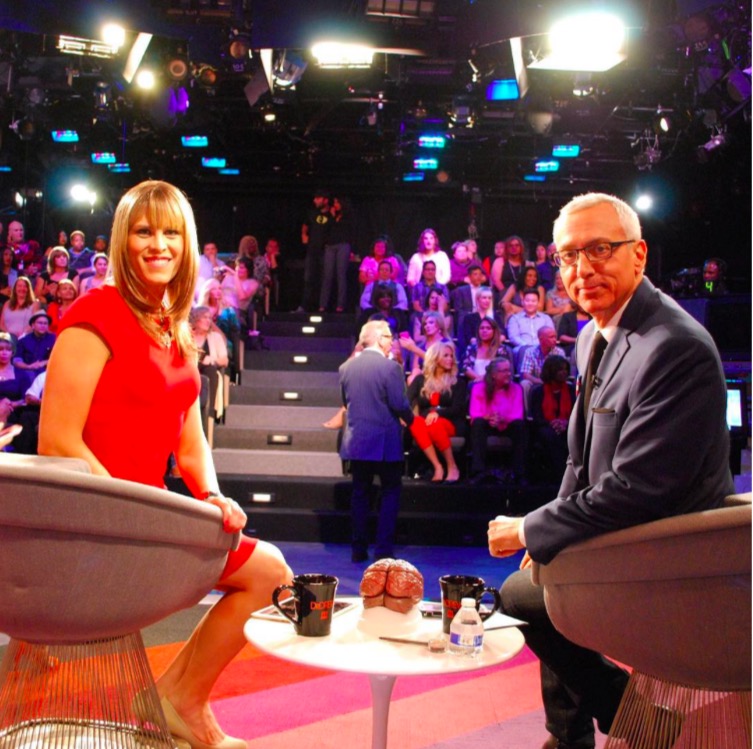 Qualified to fly over thirty types of aircraft, Taylor currently flies Bombardier CRJ aircraft for a regional carrier, based in Denver. She transitioned to presenting as female three years after obtaining her airline pilot certification. For Taylor, the move was about honesty and truth — to herself and others.

“In January 2012, during a New Year celebration, I vowed to myself that no matter what the outcome would be, I would live an authentic life,” Taylor says simply.

When I ask her to elaborate on what that meant to her — many trans people talk about authenticity as a key reason for deciding to come out, live openly trans lives and, in some cases, transition to living fully in a different gender — Taylor starts off with big picture ideas.

“We all live with a certain understanding of ourselves that we can define and accept. As we age our definition becomes more articulated and meaningful. We begin to understand the limitations of ourselves as well as the definition of our soul,” Taylor says. “Knowing you’re living a life completely contradictory to the one you see in the mirror is like wearing a suit that won’t come off or change.”

Taylor has clearly experienced that feeling. “Each morning you put on the same suit until one day you discover that who you really are is truly beautiful. Your heart and mind become congruent with your surroundings and this creates authenticity. The moment of truth is as revealing and freeing as being let out of a cage.” 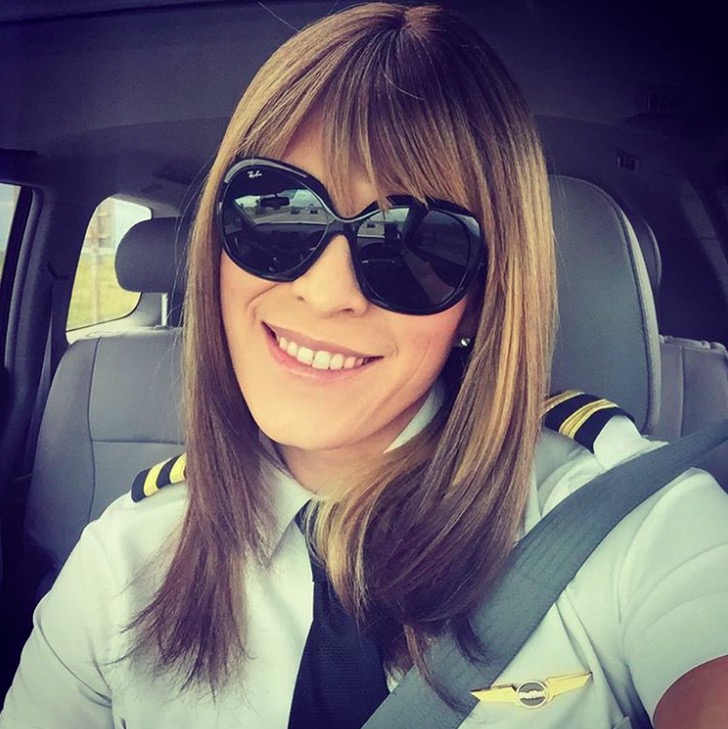 After that January realisation, “over the next few months, while being employed at my current employer I worked hand in hand with them — as well as many other agencies — to complete my transition,” Taylor says.

Taylor was a trailblazer among a very few transgender pilots to have transitioned while remaining flying, in 2014. Taylor’s official transition involved taking just two days away from work to enable her airline’s systems to update her name and identity.

“To date,” she says, “I am the only pilot to have never been grounded by the FAA during my transition. It was as seamless as it comes.”

“From the basics of a name change to the complexities of the Federal Aviation Administration,” Taylor says, “my transition became the standard for many others. While having to fill out piles of paperwork to apply for my name change, passport, pilot’s license and the medical certification process was arduous and required a lot of work, the hardest part of my transition was just around the corner.”

“From the first day I arrived as Jessica I knew my life had taken a drastic turn. From a male-dominated career and a male-privileged role, I discovered the tremendous task that women had overcome and continue to overcome in this industry. In one scenario I recall meeting a certain resistance as to my ability to operate the aircraft, and at one point having my qualifications called to the table. In the past months, I have dealt with the good. bad and ugly of our gender differences in the cockpit.” 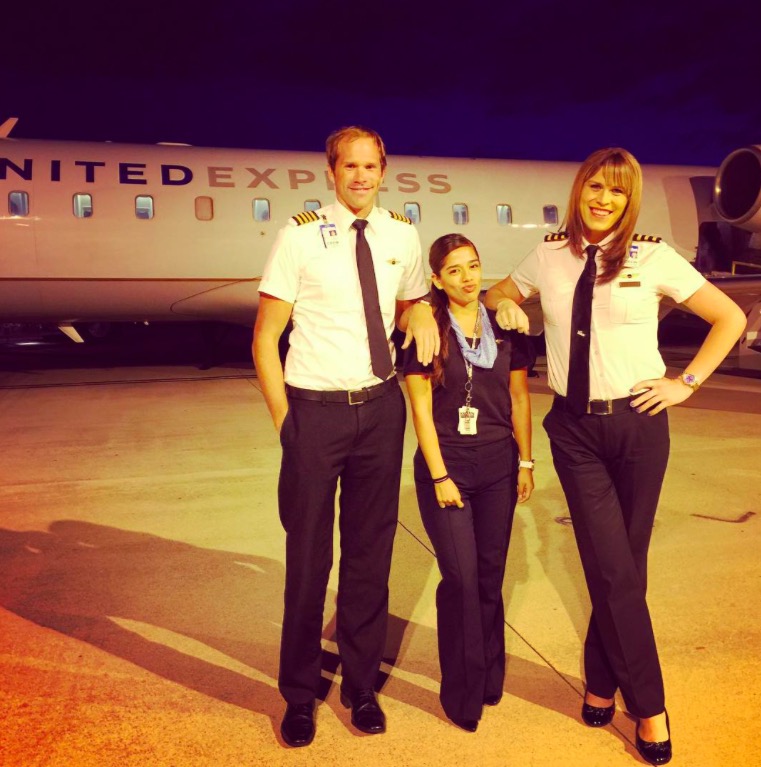 Like many women in aviation, Taylor has had to prove herself as a pilot nearly every time she flies. “The hardest part of my transition was learning how to be a well respected and professional woman and pilot. With a small group of pilots, I was hoping that my gender wouldn’t be an issue, having previously flown with so many of the captains in base. Yet, to my surprise, I found that gender can mean the difference between captains believing you are qualified or not to fly the aircraft.”

If that sounds similar to the experience of cisgender women pilots — those who are assigned female at birth — it’s a similarity that Taylor recognises. “As a male I carried a certain amount of privilege that comes with being a predominantly male privileged profession. As a male, I would have been the first person to say that women do not face sexism. However, as I soon found out I could not have been more wrong. All women that have gone before me blazed the trail in which I follow to this day. We as transgender women will follow a similar road to equality,” she explains. 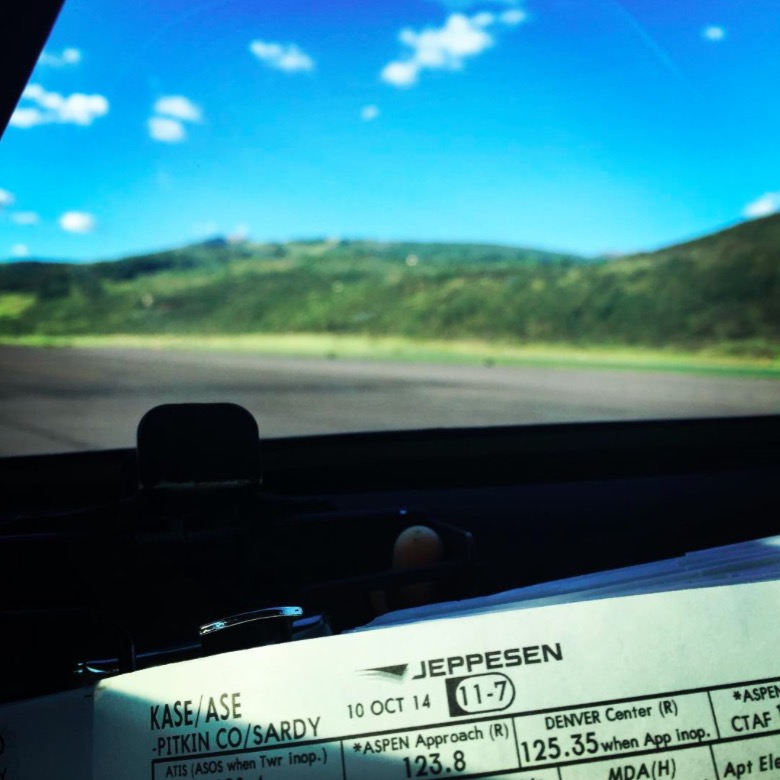 After transitioning, Taylor says, “in a very short time I realized that I needed to be better, more knowledgable and more professional than my male counterparts. It seems as though I have to prove myself to each person I fly with each time I fly with them. With the exception of just a handful of captains I have had to completely redesign how I interact, together with the verbiage I use, as well as maintaining strict standards in following the standard operating procedures. and my own knowledge.”

There are many more transgender pilots than one might initially think, Taylor tells me. Many are members of the NGPA, the National Gay Pilots’ Association, which Taylor calls “an organization that has helped many transgender pilots to find resources (as well as support) from a network of pilots including myself. In fact, when I was transitioning, NGPA was the first place to offer help and understanding. Ms Kelly Lepley, a current MD-11 first officer for UPS, was the first to jump in and help. She became and still is my best aviation supporter and networker for information.” 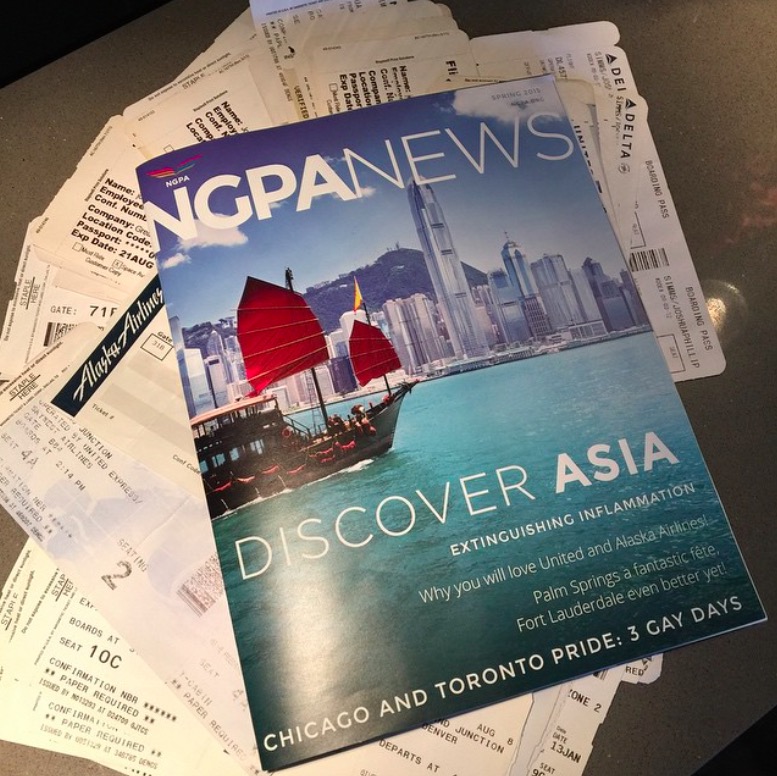 Taylor is paying that support and help forward by doing a significant amount of work with the FAA to make the process for pilots transitioning more robust, appropriate and effective.

“The FAA Aeromedical office uses many old practices, particularly regarding the diagnostic and statistical manual of mental disorders. Over the past few years many transgender individuals have lost their medical certification due to these outdated practices and policies, while also facing discrimination by the FAA,” Taylor says, identifying the issue. 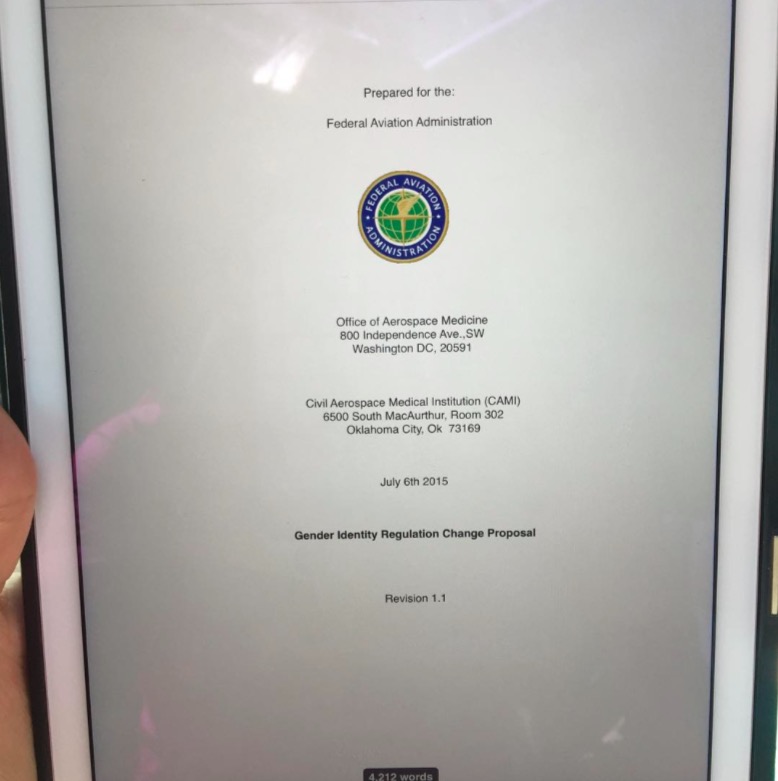 Taylor describes the difference between a dysphoria and a disorder as largely one of effect.

“Gender identity dysphoria is someone who does not identify as the gender they were born as. In essence, if you were born a female but identify as male you have a gender dysphoria. Gender identity dysphoria is usually treated with hormone therapy, transitioning, or identifying as gender non-conforming. Some may choose not to undergo hormone replacement therapy and just identify as the appropriate gender role,” Taylor summarises, highlighting that the matter is complex and that classifications do vary.

“Once the separation of diagnosis is adapted by the FAA, we will push to move gender identity dysphoria to be a standard issue medical process,” Taylor says, “meaning pilots will be able to get a first class medical certificate without requiring any special certification process.”

In the meantime, Taylor works often with transgender pilots who reach out to her on Twitter, Facebook and Instagram, or via email from her website, to ask her advice on the correct and most effective approach to the FAA’s Aeromedical office.

“Social media has allowed so many people to connect with me who normally would have never done so. It is a safe place to connect, ask questions and find a common bond in a non-threatening atmosphere. Many of my followers admit that in a social setting they would never hang around a transgender person, but that they are learning acceptance through my life,” she says. 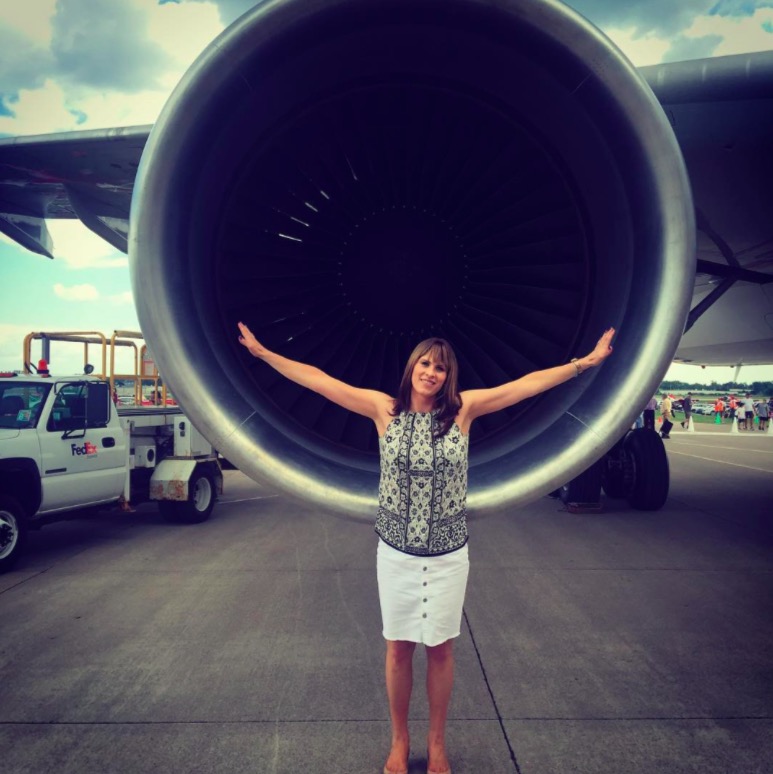 “Last year on Instagram, I had a follower find out I was transgender and a fellow pilot. He blasted a few religious slurs and mentions of hatred. After one conversation he changed his tone, saying, ‘I guess you’re right, you’re not that much different than me. I’m sorry — you’re actually a cool chick. I respect you a lot.’ This is one of many amazing examples,” Taylor says, of how just living an authentic and open life as a trans person can be challenging yet immensely rewarding.

Pilots also ask about how to raise the issue with their companies, and Taylor points those companies to organizations like HRC (the Human Rights Campaign) or GLAAD (formerly the Gay and Lesbian Alliance Against Defamation, but which now also works for bisexual and transgender people).

“Even though many people do not want to stand out, we don’t want to be set out for segregation,” Taylor emphasizes. “With employment we need more transgender friendly companies to step up and be proud to hire someone who identifies as transgender.” 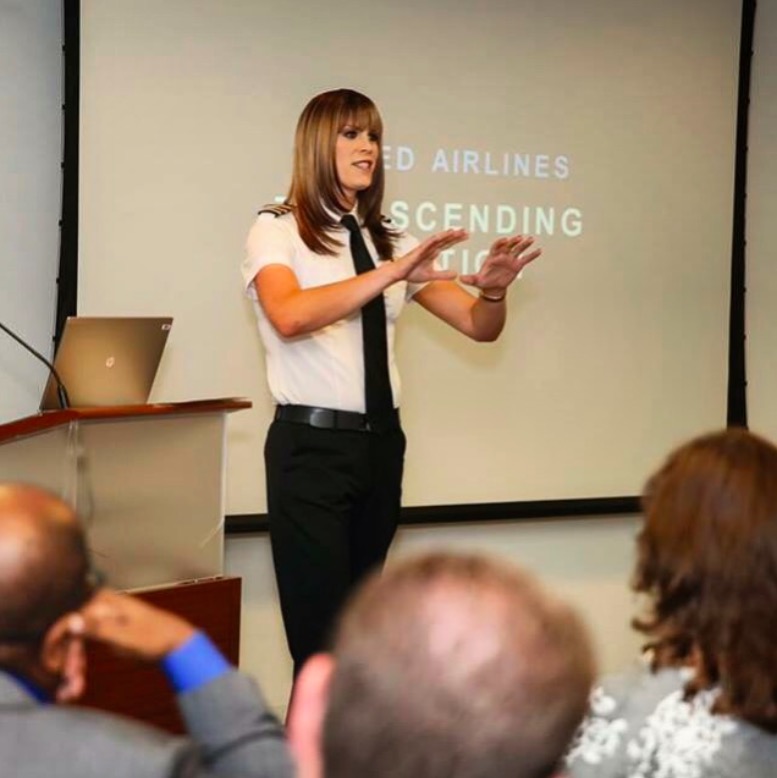 “Allow your company to set itself apart like many Fortune 500 companies have done, including United Airlines, Alaska Airlines, American Airlines, and many others. These companies are setting the standard for diversity in the work place as well and are consistently rated among the best places to work.”

With high praise for her own company, Taylor is also glad that passengers have recently begun to have the language and framework to start asking about her life as a transgender pilot. For many of them, she is the first transgender person they have met. “Many of my passengers have expressed overwhelming support, as well as careful observation to begin to accept and adapt a new understanding for our community,” she says thoughtfully.

“Earlier this year a passenger left her iPhone on my flight. After calling her husband I established the easiest way to reunite the iPhone with her was to fly out and take it to her. So I jumped on an airplane to Chicago and delivered her phone. When she saw me, there was this moment of panic, a delayed reaction. She was confused as to why a transgender pilot would do something like that for her. She must have hugged me for ten minutes crying saying she was sorry for the previous hatred in her heart towards our community,” Taylor recounts.

“Passengers,” Taylor says as she prepares for her next leg, from Denver to Cincinnati, “are the reason I fly. The people of this world all have a story, a family, career and passions.

“It is my privilege to reunite people with the things and places they love, to connect them with loved ones, to be the person that welcomes them home. It is my hope that in some way we can draw common bonds in our lives to live together with love. Welcome aboard.”