The dies are cast and the battle lines drawn up once more over whether and how to expand London Heathrow. The UK’s Airports Commission, chaired by the economist and former head of the London School of Economics Sir Howard Davies, is advising the British Government to build a third runway for LHR in the report following its three-year inquiry.

The government’s response to the report — based on the commission’s mandate to recommend how the UK should remain a global aviation hub — should be a no brainer for anyone who isn’t an MP beholden NIMBY communities who have systematically held back Heathrow and the UK economy. Unfortunately, several of those are in the current Cabinet.

Despite more than half a dozen international airports taking London traffic, Heathrow is the core for connectivity, whether that’s British Airways, Virgin Atlantic, or the increasingly co-terminalised operations of oneworld, SkyTeam and Star Alliance. Yet access to Heathrow has always been aimed at Central London rather than linking the UK’s primary airport with the rest of the country.

First with the Tube’s Piccadilly Line (where wide-eyed passengers with luggage are usually harangued by annoyed commuters) and then with the 1998 opening of the eyewateringly expensive Heathrow Express rail link to London’s Paddington station, the focus was to bring passengers into Central London and then disperse them. 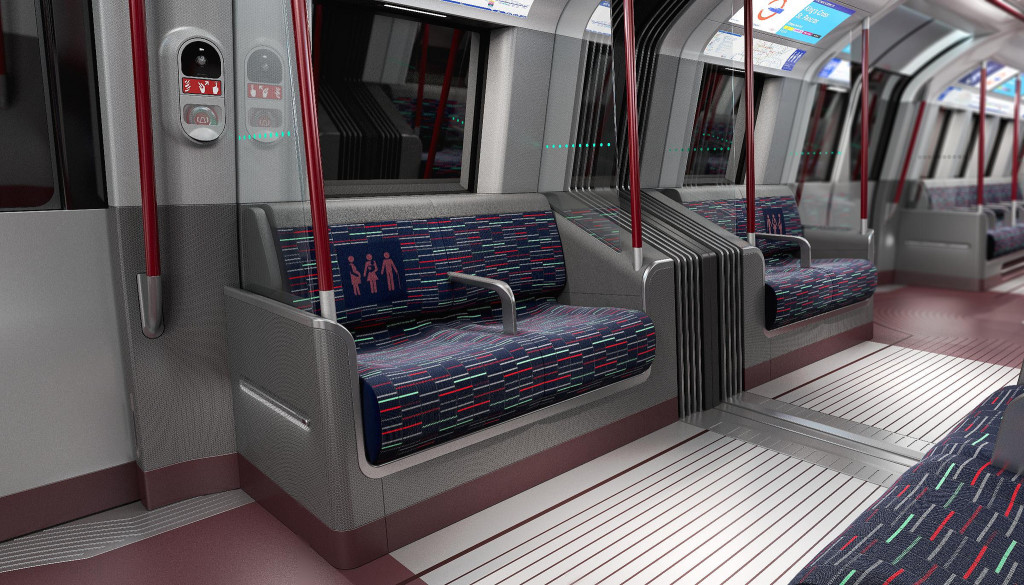 Even today, only passengers from the southwest of the UK (and then only those whose trains come in via Reading on the Great Western Main Line) have halfway-reasonable connections, and even those require either an hour’s trip into Central London or a change at Reading into an uncomfortable bus for an hour’s drive into LHR anyway. (And the bus doesn’t serve Terminal 4.) Other buses run from Woking, Watford and Feltham, neither of which are particularly convenient, pleasant or cheap.

London’s Paddington station is, of course, on the outskirts of the true centre of London, and indeed is outside the Congestion Charge zone that demarcates the busiest sections of the capital. Onward travel requires the stair-filled Tube, the impenetrable bus system or an expensive, often cash-only, taxi.

As a regular traveller at Heathrow from various UK points, I can’t remember the last time I took the train — because it is expensive, uncomfortable, unreliable, inconvenient, difficult to navigate with luggage, and poorly connected.

Crossrail — a heavy rail link connecting Heathrow through Central London to the financial districts of the City and Canary Wharf and on to the eastern suburbs — will open in 2019. Yet the Airports Commission seems to take for granted that further rail expansion will be happening: rail from Reading via the Western Rail Access programme; Southern Rail Access into Clapham Junction and Waterloo; the proposed HS2 high-speed line that stops at Old Oak Common between Paddington and Heathrow. The two Rail Access projects are described as a mixture of “not yet fully funded”, “meriting detailed consideration”, and will need to be implemented to achieve many of the local air quality and traffic goals of Heathrow. 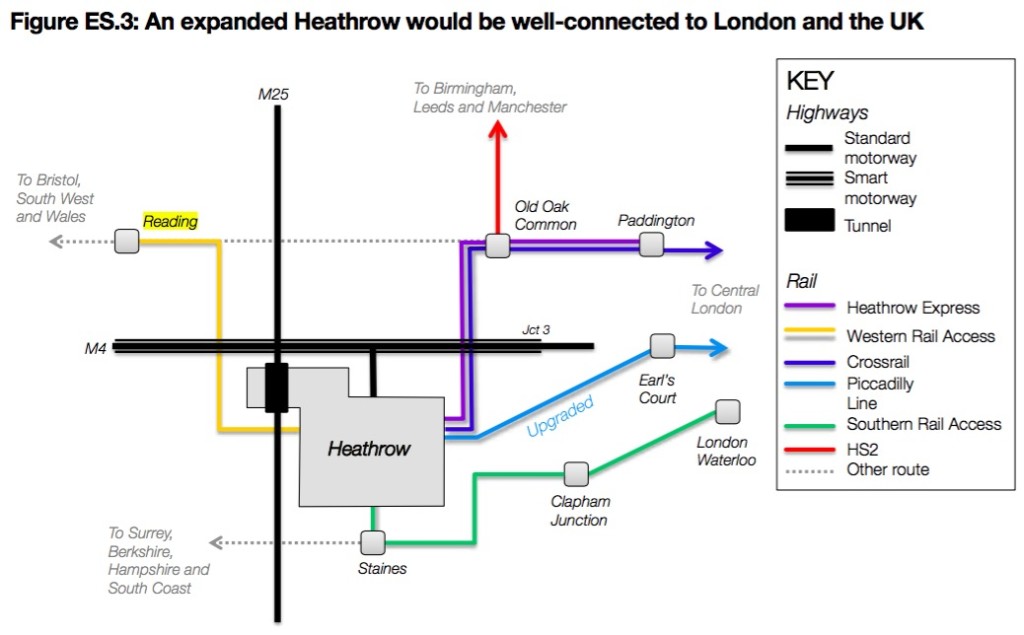 Future plans from the Airports Commission do not propose any additional rail services, and assume (perhaps rashly) that several projects will go ahead.

HS2, however, looks unlikely to reach Heathrow. “The Commission also assessed the case for a spur from the HS2 main line into Heathrow Airport, without the need for an interchange at Old Oak Common. The work carried out demonstrated that the scheme was likely to attract only a small number of passengers, carry a high capital cost and represent an inefficient use of HS2 capacity. The Commission did not receive any persuasive arguments in favour of the HS2 spur as part of its national consultation. It is content, therefore, that such a spur should not form part of the surface access package that would accompany airport expansion and that there is not a robust business case for it at this time.”

Dr Michael Synnott of Warwick Business School insists that “an integrated transport system has to be planned along with expanding Heathrow. Travellers who want to get to and from the airport depend on an overall experience of connectivity and not just air travel from A to B. Yet this week it was also announced by Network Rail that an £85 billion package of national rail upgrades is being pulled.”

And there’s the rub – the UK’s ongoing inability to fund infrastructure projects of national importance because of a few vocal and powerful NIMBYs while its Victorian-era inheritance wheezes on is a matter of national disgrace.

The UK government is expected to have a colossal internal row thanks to two of the frontrunners to be the next Prime Minister — Maidenhead MP Theresa May, currently Home Secretary, and Uxbridge & South Ruislip MP Boris Johnson, currently also Mayor of London — being subject to the whims of their constituencies.

Indeed, “the debate will continue, regardless of today’s announcement,” notes Ben Vogel, Editor of IHS Jane’s Aviation Review. “To paraphrase Winston Churchill: Now this is not the end. It is not even the beginning of the end. But it is, perhaps, the end of the beginning.” 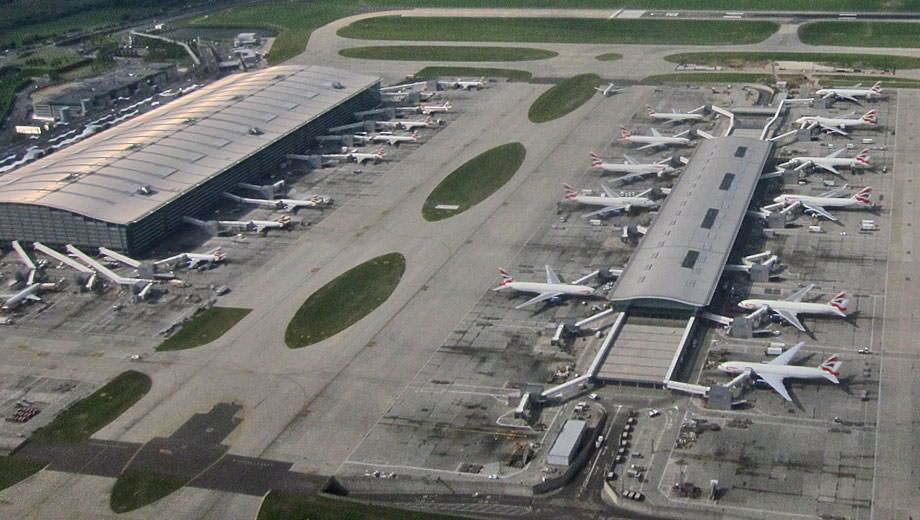 The UK government needs to decide on Heathrow as the end goal. But somewhere in the middle it also needs to ensure that getting to Heathrow is made faster, cheaper and more convenient. Only then will it be possible to retain the status of the UK as a global aviation hub.