American Airlines, once the largest operator of the venerable McDonnell-Douglas MD-80 series of aircraft, has quietly announced the retirement date of the iconic aircraft: by the end of 2017, according to documents filed to the US Securities and Exchange Commission.

“Over the last decade, the 737-800 has replaced the MD-80 as the backbone of the American fleet,” American says. Indeed, “in the combined American network, the 737-800 accounts for more domestic ASMs [available seat miles] than the MD-80 and regional fleet combined.” 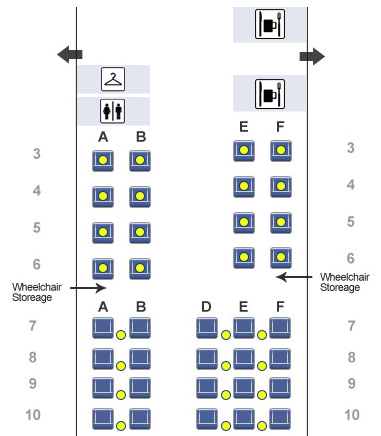 Notably, American doesn’t seem to have adjusted its plans to retire the MD-80 on account of the recent reductions in the price of fuel. The fleet, once almost 400-strong, will continue to be replaced by the Boeing 737-800, as well as by new Airbus A319 aircraft, which American calls the “MD-80 domestic network replacement for small, medium or high frequency markets”.

But the aluminium elephant in the boardroom is the availability of the fleet of Airbus A320 aircraft from the former US Airways, and it’s there that American has an interesting fleet opportunity.

American’s MD-80 operation, focussed recently on short-haul operations at its Dallas hub, operates 140-seat aircraft — 16 in first, 124 in economy. That size appears to work well to maximise frequency and turn times on these routes, with the MD-80’s popular 18.5-inch wide economy seats and 2-3 layout down back a big plus for flyers (and its loud engines, a negative).

The nominal replacement 737-800, meanwhile, has either 10 or 20 extra passengers in economy compared with the MD-80, with newest 737s having the higher capacity. If American maintains its frequencies, it will add capacity to DFW markets that may not support that size, although careful aircraft planning to replace lower demand market MD-80 services with the older 150-seater 737s may prove advantageous.

On the other side of the MD-80 in terms of capacity, American’s A319 is a 128-seater, although it offers just eight first class seats, half the amount of the MD-80. Dallas hub frequent flyers, and AAdvantage members across the south-central US, are likely to find their upgrade chances curtailed.

Ten or 20 too many seats overall, or 12 too few — that’s the adjustment American’s network planners need to make. 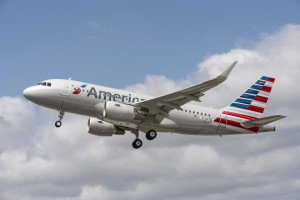 The rabbit in the medium-term hat may be US Airways’ A320s, which are currently 150-seaters like the 737-800, but with 12 first class seats and no extra-legroom Main Cabin Extra seats. If American were to refit these aircraft with the MCE product, a decision to either maintain twelve first class seats or reduce the number to the A319’s eight could right-size the A320 to replace the MD-80 in some markets.

A thoughtful reconfiguring of the A320 to allow fine-tuning of premium seating capacity could be the trump card here — especially in the twin contexts of airlines tightening loyalty roles to reduce the number of higher-tier passengers and offering more ways and price points to buy up to first class.

With an increasingly strong economy, airlines aren’t feeling the same need to reward their frequent flyers that they did five to eight years ago, but the economy is cyclical.

The choices American makes now will likely last into the next downturn — so the airline needs to choose wisely.