Having cut thousands of jobs last year in the midst of a $2 billion cost-cutting effort Qantas could certainly stand to gain from good press, and what better way to generate headlines than to do something totally novel for its premium passengers such as offer virtual reality (VR) headsets on certain flights and in some lounges?

Yes, RGN is a tad skeptical that VR headsets in the cabin is anything more than a cool novelty right now. Panasonic Avionics – the largest IFE company in the world – has been studying VR technologies for a while, but even Panasonic believes mainstream adoption is unlikely due to the fact that VR can be ‘disorienting, fatiguing and overwhelming’ for many, as it told Aircraft Interiors International for a piece entitled ‘Fab or fad: Qantas trials virtual reality IFE’. Moreover, there are logistical headaches associated with maintaining, charging and cleaning the devices.

Looking further down the road, one can envisage a day when it might make sense to use VR to virtually transport economy class passengers in ultra-tight seating configurations to other more spacious ‘realities’ outside of the metal tube, as we suggested for this CNBC piece written by journalist Harriet Baskas. That’s not to say we won’t see VR pop up in cabins here and there, but mass adoption appears unlikely at this time.

Some industry stakeholders disagree, and see plenty of near-term potential for VR on board. Aditi Technologies, which identifies as a firm that “helps businesses accelerate their revenue growth through systems of customer engagement”, is among them.

Late last year, Aditi Technologies gave a presentation at the Aircraft Interiors Expo, Americas conference in Seattle, during which company CEO Pradeep Rathinam made a case for how FaceBook together with VR headsets could disrupt the inflight experience. You can read his full presentation here: Facebook and Oculus rift_PEXC14 (1)

On seeing this presentation – and after getting a chance to experience Oculus Rift for ourselves last year at Panasonic’s booth at the APEX Expo – we asked Rathinam to write an OpEd about how he sees the industry evolving. In the following piece, Rathinam describes why, in his belief, airlines “need to break free from their existing technology shackles to innovate and truly embrace digital transformation instead of flying away from it”.

How social media and virtual reality will reshape IFE

Despite the hype, the current Wi-Fi adoption rate in-flight is about 7%. However, nearly all travelers carry a personal electronic device, and tend to either use them for work or watching their own entertainment. With this in mind, do you really believe that passengers are going to stick to the traditional films and TV shows offered on the mini screens in seat backs and remain content?

If so, you’re terribly mistaken!

Over the last few years there has been much hype and talk about the connected aircraft and even more so about the connected traveler. We are now seeing passengers being allowed to use connected devices on the plane during take-off and landing and an ever increasing number of passengers bringing their own entertainment on board. Adding to this, with more airlines offering inflight Wi-Fi, there are less reasons for passengers to engage with the airline itself through the traditional IFE system.

However, the airlines are in a precarious position. They have invested millions of dollars in their IFE systems, yet many of them still feel like its 1990. To upgrade their existing fleets will cost a substantial amount, but they need to address the fact that they are losing the ability to engage with their passengers.

None of these observations may be ground breaking and airlines and IFE providers alike will say they are now doing more than ever before to meet the needs of the passengers, but from my recent experience at the Aircraft Interiors Passenger Experience conference in Seattle it seems to me that many are just burying their heads in the sand and hoping the issue will go away.

So let’s address these issues head on.

If the airlines do not innovate and use all their systems of engagement to the best of their ability, they will continue to lose touch with their passengers. Airlines don’t need to invest in expensive entertainment systems when passengers have their own technology

According to Forbes, “airlines revenues are up, thanks to everything but airfares”, and according to IATA, ancillary revenues now account for nearly 20% of an airlines revenue. However, let’s look at what that consists of; excess baggage, priority seating, food, airline retail, affiliate sales (car parking, car rental, hotels etc…) and in some cases even handing out iPads to travelers. For most of those partnerships, especially travel or retail related, the value for the partner brands is in the data that the airline holds. Let’s face it, up until now, the airline is the only one who actually knows who is flying where, if they are male or female, their age and for many how long they will be in one place. But, this competitive advantage is no longer theirs.

As digital platforms such as Facebook evolve and more people like Google and Apple collect their user data, they have been able to build a very clear picture of their audiences and their habits. Add to that the fact that Apple offers a travel wallet that records when and where each passenger is; this gives them a powerful tool to take ad and affiliate revenue away from the airlines.

The airlines will argue that they have a captive audience, but now that more cabins are becoming connected, they are losing that audience to the very channels that they have been trying to avoid up until now. According to a recent Gogo report the top four things that passengers use inflight Wi-Fi for are surfing the web, work and personal emails and social networking. And all the time the likes of Google, Apple and Facebook are collecting data and serving them ads based on where they are and where they are going! 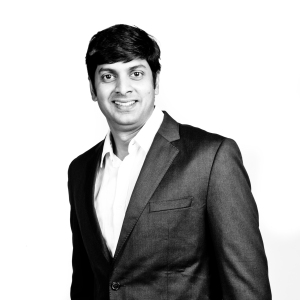 Airlines can’t stop this happening but they can change the way they engage with their passengers. With better systems of engagement, they can improve the check-in process so that it is more convenient for passengers, providing them with better information about their flight, airport for departure and destination. They can use the technology available to them to engage better with passengers pre, during and after their flight. And most importantly they can link up through their different systems of engagement, creating a seamless experience for their passengers.

As mentioned earlier, several airlines have begun offering connected devices such as tablets for passengers to rent on the flight for those that don’t have them. These could then be pre-loaded with content and offer an online retail and food and beverage experience. In addition, there could be an airline app that works in flight offering the IFE, maps etc….. The aim being to engage with passengers across any device in a way that best suits them. After all, according to the same Gogo report, more than half of passengers would use social media to engage with the airline during the flight if they had the chance.

And this brings me on to the next challenge the industry faces which is around innovation such as Oculus Rift. Flying and travel should be a great experience and it’s this experience that helps airlines differentiate itself from competition and retain its customers.

The advent of Wi-Fi in air travel should be sending shock waves around the current IFE industry. It could and probably should mean the end of expensive $10,000 per seat back IFE installations. And with Over 3000 planes currently on order at the moment, as well as the number of planes that are being upgraded, surely airlines are looking to see if there is a cheaper and more innovative and effective option for airlines to offer passengers?

Is Oculus Rift one of the solutions – at only $2000 a head set, it does present an attractive and innovative proposition for airlines? Alternatively does the airline remove its seat-back entertainment all together and invest in the Wi-Fi quality and delivery of licensed content through its own portal that also has the popular map app as well as new retail and e-commerce opportunities.

This is an exciting time, and there are many opportunities out there for airlines to create an engaging pre and inflight experience for their customers. Like any business, airline operators need to have a clear vision for that experience. They need to understand and map out their digital transformation that is based around systems of engagement and what that can do to drive their business forward instead of being restricted by their existing technology and allowing other companies to take ownership their passengers. If they ignore the issues for too much longer, the IFE experience may not be the only thing to be disrupted!