As an air traffic controller for one of Europe’s busiest air spaces, Rita Costa admits she remains fascinated with flight.

“I always loved traveling but always wanted to be the passenger in the back and let the real professionals do their jobs,” said Costa, who works for NAV Portugal. “I now understand a lot more of the magic that happens in a cockpit, but it still has that inherent charm to me. I know the aviation industry has changed a lot out of necessity but for me it still has that golden age charisma.” 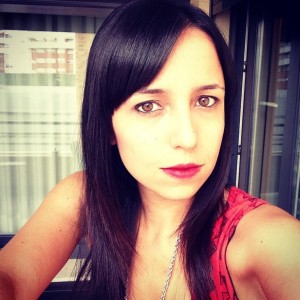 Costa studied translation and interpretation of Portuguese, English and French along with economics in college. In Portugal, a prospective candidate must first have a college degree to be eligible for an ATC program. Upon graduation, Costa applied to a training program to determine if she had the “right set of skills”. Though she had a keen interest in language and traveling, she admits she knew little about airplanes when she began her training. She was following in the footsteps of her mother, who is an engineer at Portugal’s ATC National Service Provider which includes NAV Portugal.

“Our small country controlled over 550,000 flights in 2014,”Costa said. “To handle that amount of traffic you are exhaustively trained and after about two years, you will eventually talk on a frequency to a pilot.” Prior to that, training is focused on textbooks and simulation, she said. She currently works as an en route air traffic controller for the Lisbon FIR handling overflight, arrivals and departures.

“Air traffic controllers have more lives in their hands in one day than most surgeons have during their entire lifetime,” Costa said. “I think that is something to be proud of, isn’t it? So if that isn’t a dream career I don’t know what is.”

The job can be intense and stressful, she admits. But the key to success is learning how to “disconnect” once you leave the building. A woman colleague who had been on the job longer once advised Costa during a tense moment, “Incidents happen to everyone sooner or later. Only people who have never sat in the chair will never have one.”

There is one thing that causes her some concern. She recently discovered that medical flights carrying organs for transplants via commercial aircraft are not considered priority flights, unlike medical evacuations. She would like to see the system revised to give priority to these time-sensitive, potentially life-saving flights.

And for young people considered a career in aviation, she offers her whole hearted endorsement.

“Just do it! Whether you want to be a pilot, a flight attendant or an air traffic controller, know that you are choosing a lifestyle and not a job,” Costa offered. “It is a passionate career and you will live and breathe it every single day. And you will absolutely love it.”