For decades women have been smashing barriers that hinder them from entering the aviation industry, including the pervasive psyche that this is somehow a ‘boys club’. From Bessie Coleman, who triumphed against incredible odds to became the world’s first licensed black pilot in 1921, to Patricia “Trish” Beckman, who spent 28 years on active duty in the US Navy and went on to serve in production flight testing for Boeing on the 737, history is rich with stories of great women aviators.

Interestingly, most of the female pilot population growth took place between 1960 and 1980, “a time when a strong feminist message encouraged women to try activities previously perceived as reserved to men”, wrote Mireille Goyer, founder of the Institute for Women of Aviation Worldwide (IWOAW).

But in 1980 you had a better chance of meeting a female pilot in the United States than in late 2010. “Wow, so much for progress,” exclaimed Goyer.

Here at Runway Girl Network we believe it’s never too soon to introduce young girls (and boys!) to the magic of flight, and to sow the seed that they too can soar. That’s why we absolutely love the effort exerted by Michael Raisch to create a role-playing game and 737-800 “flight simulator” for his 2-year old daughter.

Like many RGN readers, Raisch shares a life-long passion for flight, one that he caught at a very young age when his father took him plane-spotting at local airports. A one-hour preview flight in 1995, and the hours he logged with his father in the Microsoft Flight Simulator (editions 1995-1998), were “incredibly memorable”, and from these experiences “I found myself wanting to share that same sensation with my 2-year old daughter,” he says.

“My motivation for creating the role-playing game and ‘flight simulator’ happened during a moment of inspiration over the recent Thanksgiving weekend. I had [a] plan to fly my flight simulator when I quickly had the idea of involving my daughter by arranging her small chairs in front of the simulator. She enthusiastically joined in [and] brought her stuffed animals and dolls to ‘sit’ in the chairs, and took special care to buckle everyone in. This combination of my interests in aviation created an arena for my daughter’s growing imagination.” 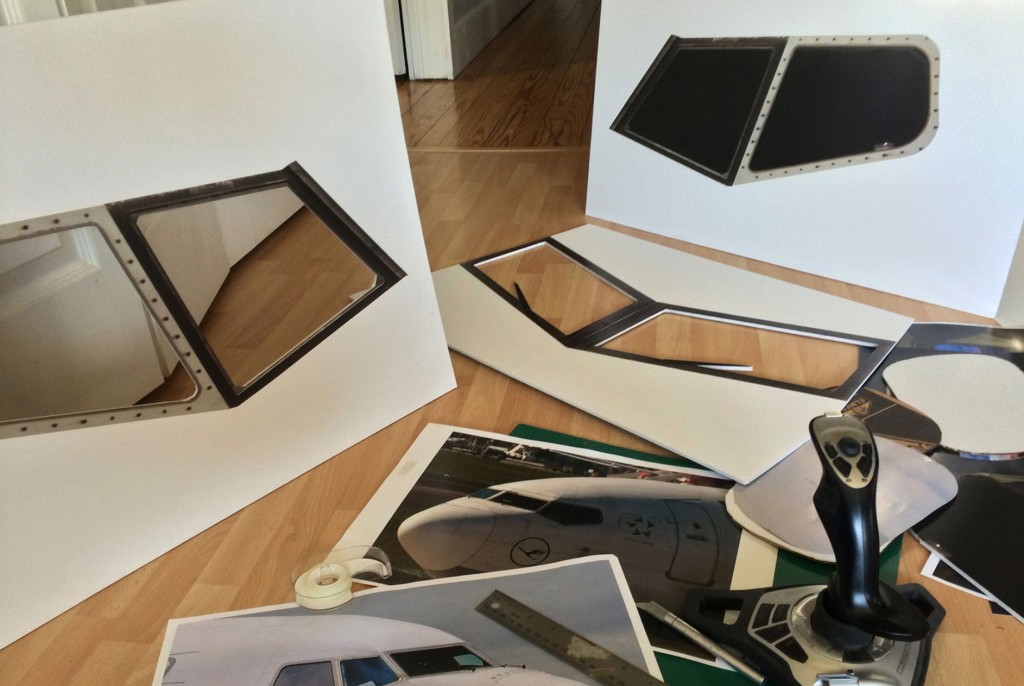 Michael doesn’t hold a commercial or even private pilot’s license; his background is in design and branding. Drawing on skills gained in art school Raisch built the ‘aircraft’ mostly of foam board. Outside of the simulator, Michael has taken his daughter to the local regional airport, New Jersey’s Lincoln Park, which offers dining directly adjacent to the taxiway. “The close up view gave my daughter the chance to watch various Cessna aircraft come and go and students engage in helicopter training,” he says. 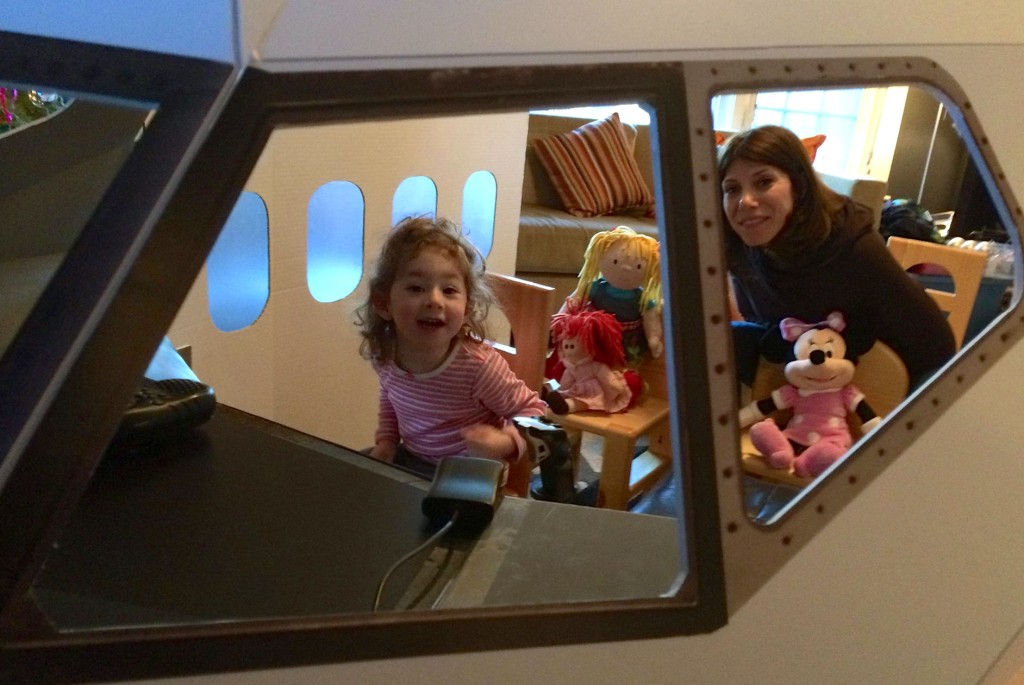 For IWOAW’s Goyer, women – a virtually untargeted market – “are the silver lining of aviation”, though it will take an industry-wide collaboration to change the current trends.

A strong message to girls and women that “aviation wants you” was proven effective in the 60s, and 70s, and since 2010, the message has been delivered annually during Women Of Aviation Worldwide Week, which has brought tens of thousands of curious girls and women to airports and aviation facilities and sparked many new aviation vocations.

Having logged some serious hours in the toddler ‘flight simulator’, Raisch’s daughter might be inspired to do the same someday.