ALMATY: Oil and mineral rich Kazakhstan in the heart of Central Asia placed geographically in one of the most dynamic, yet little revealed regions, unfolds many surprises, the first of which come from its national carrier, Air Astana. 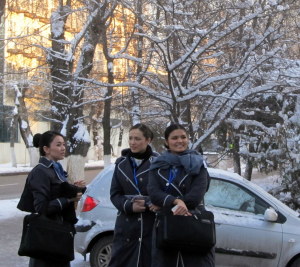 Forget budget, low-cost and even hybrid service. Here, the supreme rules whether it be three options for breakfast, well-endowed Chopard toiletries, iPads for IFE, large-sized blankets and Taittinger champagne on a three-hour Airbus A320 flight!

This retro service brings back the nostalgia of flying two decades ago when service was king. According to Margaret Phelan, director inflight service delivery, leadership forums were recently conducted “to heighten the importance of good leadership”. Fitting into the mood easily on the Delhi-Almaty flight, purser Daniel embodies an attitude passengers associate with the past – no plastic smiles and an unpretentious approach.

Air Astana added 11 aircraft in the past two years. Full-flat beds have been introduced in business class on long-haul routes (Boeing 767), and personal inflight entertainment screens in both business and economy classes. “We are taking the opportunity to retrofit a number of our older aircraft, to ensure, where possible, that we have a consistent product across our fleet,” says Phelan, whose department is also involved in the cabin design of the Boeing 787s to be introduced in 2019, and in the retrofit of Boeing 757 and 767 cabins with mood lighting. 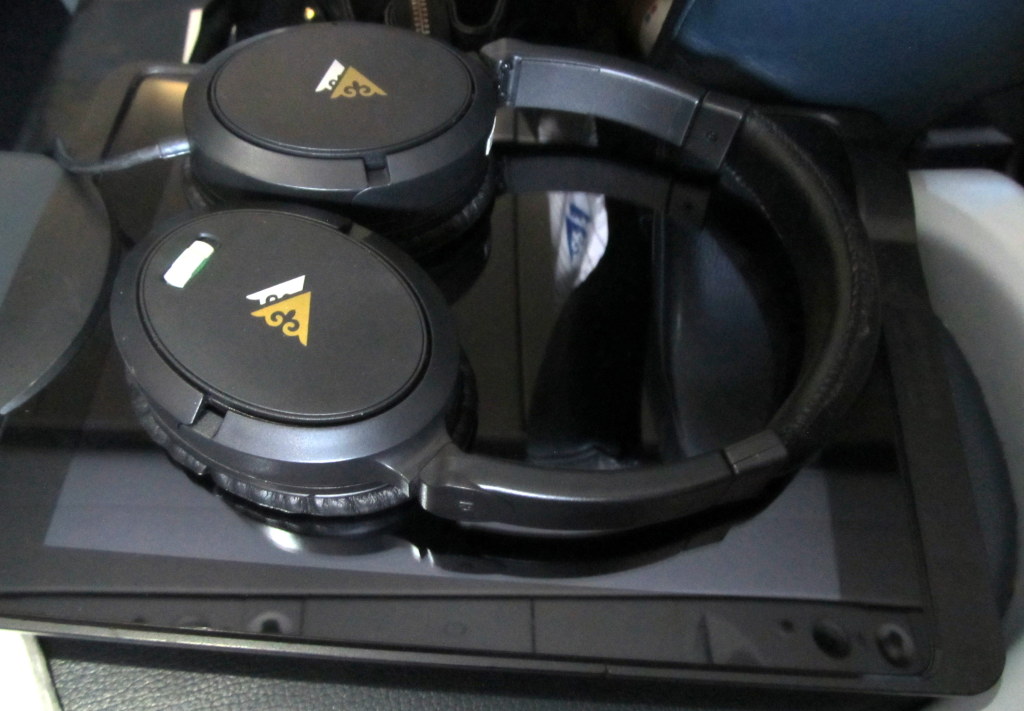 Noise reducing headsets on A320 business

Air Astana is the only carrier in the country to offer business class. “Passengers expect hot breakfast that has become an integral part of our product offering,” says Foster, adding that a prior decision to cut menu options from three to two was “not particularly popular,” resulting in the return to an expansive menu. 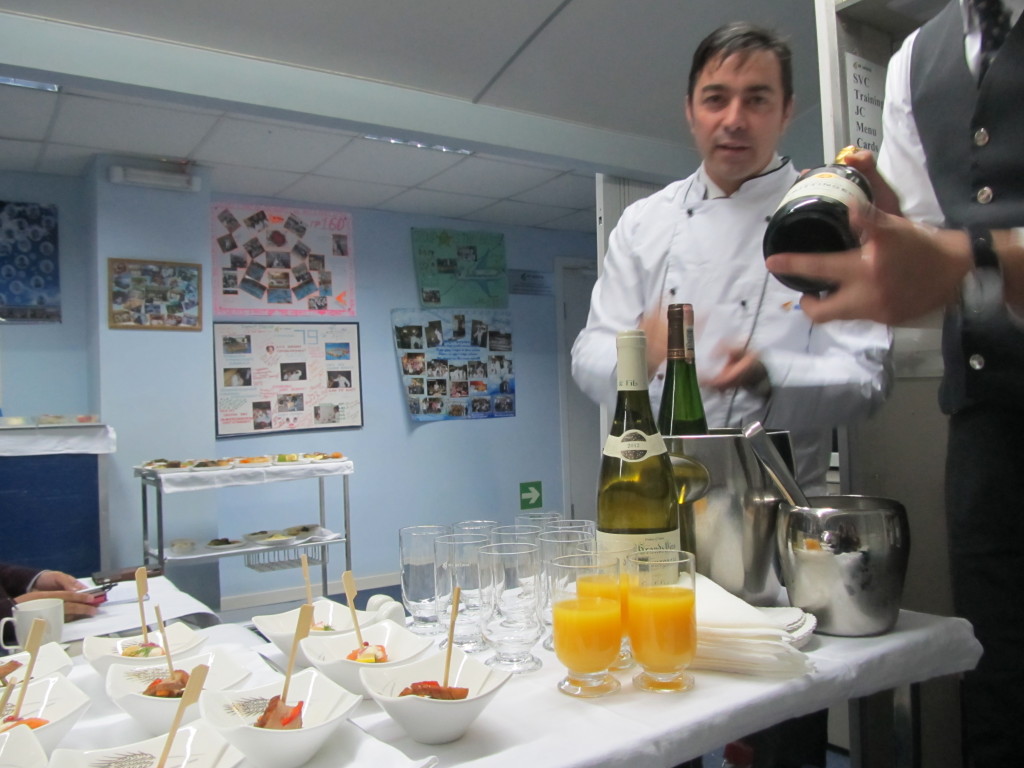 Richard Hyland, manager menu design, says he is constantly striving to make the menu more dynamic. “There is also the issue of portions as here people expect large amounts….[Also] sometimes [in Europe] we face a problem with caterers who are not flexible with our requests ….I have to be simple with changes. If I want a cut in a carrot, I have to pay for it!” 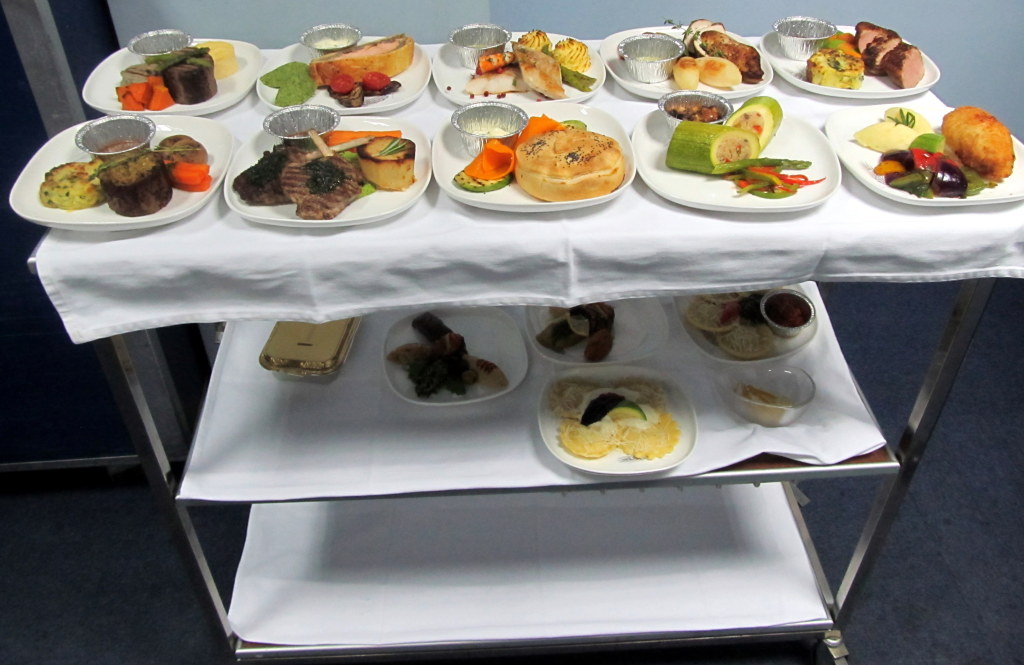 As winter approaches, and with temperatures falling to -30deg C especially in Astana, the capital, delays start to mount because of snow. Air Astana is the only carrier to own its own de-icing trucks; de-icing the wings, in particular, is crucial just before take-off. But this safety measure can delay a flight by 5-10 minutes, John Wainwright, executive VP, engineering told RGN in Almaty.

“There has been a lot of learning from the past. In Astana, where oil would freeze, the pipes have been insulated. We close the cabin doors and keep the APU running to avoid the doors from freezing,” he says. Bird strikes are a major problem in the summer because of a rubbish dump on the outskirts of the airport that needs to be relocated, adds Wainwright. 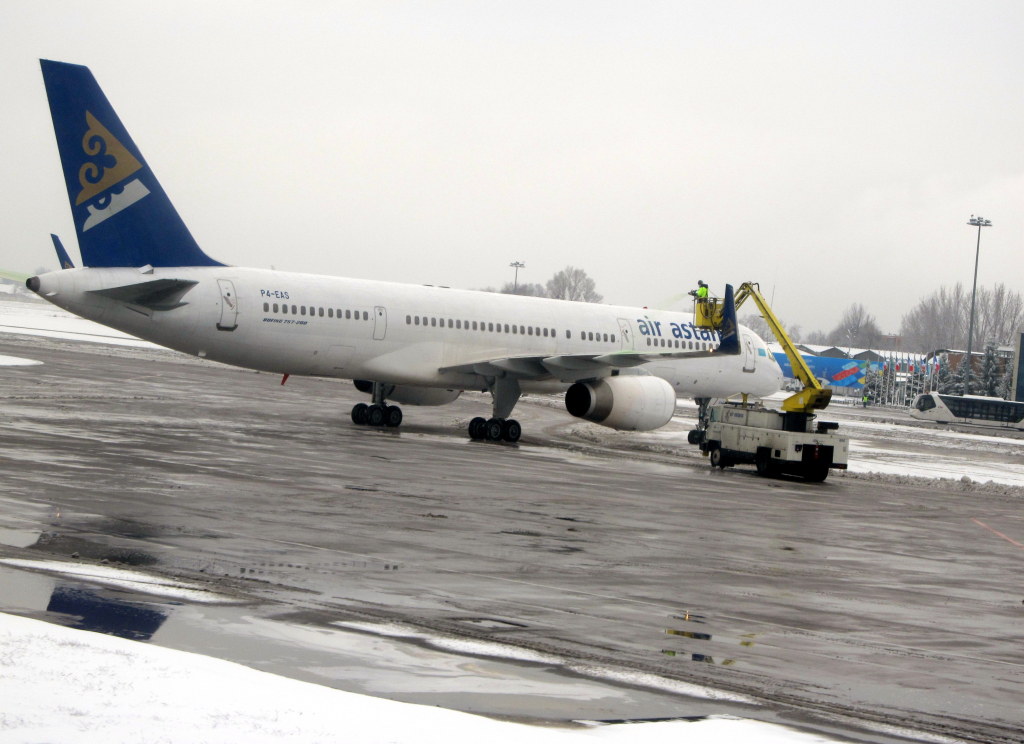 While the airport-run business lounge in Almaty leaves much to be desired, early this year Air Astana opened its first amply stocked business class lounge at Kazakhstan’s Astana airport. The lounge offers Wi-Fi access to passengers.

All photos courtesy of the author, Neelam Mathews.