The aircraft, registration A6-FEK, was on descent to Ukraine’s Kiev Boryspil International Airport when the visual display unit (VDU) of the IFE system at seat 9a started to emit smoke. Passengers seated in 9A, 9B and 9C were moved to other locations, and the cabin supervisor switched off the power to the IFE system and advised the flight crew of the situation by interphone. Another cabin crewmember donned a smoke hood and discharged the contents of a fire extinguisher in several applications until the smoke diminished, the GCAA’s Air Accident Investigation Sector explains in its final report.

The captain – who contacted Kiev Air Traffic Control and declared a “mayday” – commenced the ‘Smoke, Fire, Fumes’ checklist. While completing the checklist, the supervisor called informing him that the smoke had stopped and dissipated. The aircraft landed uneventfully in Kiev, according to the report.

Following a thorough investigation, the GCAA’s Air Accident Investigation Sector has determined that the smoke was caused by the following factors: gasses emitted from the printed circuit board (PCB) of the VDU backlight inverter board; the heat caused by increased current demand after the break in the secondary coil of the transformer followed by the failure of the primary side transistor components; and the failure of the fuse to open quickly and isolate the circuit “due to its inappropriate rating related to the VDU application” and possibly other reasons not determined by the investigation.

A contributing factor to the incident, it said, “was that the material of the fuse might have helped in transferring heat by ‘conduction’ between the fuse and the PCB of the backlight inverter board”.

Speaking to RGN following release of the report, Lumexis president and chief operating officer Lou Sharkey said the firm “cooperated 100% with the GCAA and flydubai” during the investigation, and provided all pictures contained in the report. “At the direction of the GCAA and flydubai, Lumexis quality assurance (QA) and engineering experts conducted a fully documented teardown of the unit. It was determined that an inverter board had failed, overheating and charring some of the internal components, but then the materials self-extinguished, as designed,” he says.

In May 2014, the VDU manufacturer to Lumexis ceased production of Liquid-Crystal Display (LCD) panels with Cold-Cathode Fluorescent (CCFL) backlight, and the supporting inverter PCB has been discontinued in production of the 8.9-inch VDUs of the same affected part number. 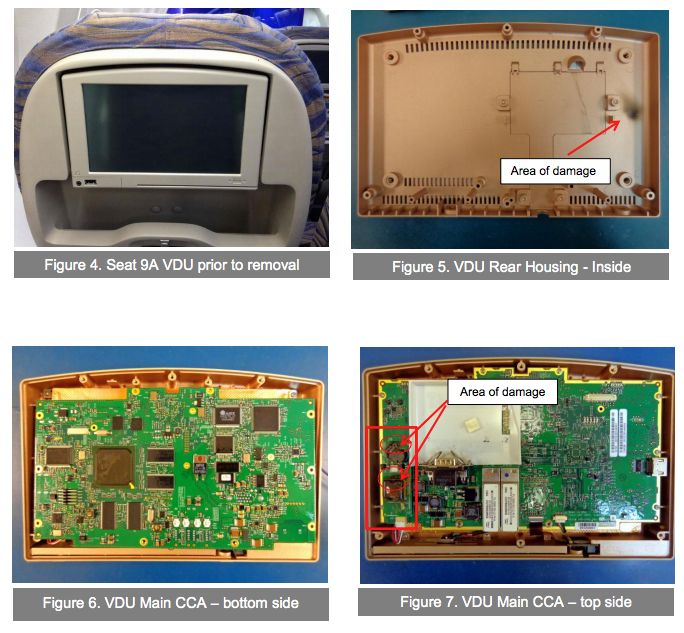 Figure 4 shows the monitor in the seat immediately after landing; there is no damage to the monitor housing or the seat. After removing the failed monitor, it was observed that there was also no damage to the seat, VDU mounting or wiring. The VDU was replaced, functioned immediately, and flights were resumed with the aircraft, says Lumexis.

Even so, four safety recommendations are included in the Air Accident Investigation Sector’s report, of which two pertain to the airline. Dubai-based flydubai has been advised to ship any removed VDU to Lumexis for replacement of the fiberglass substrate material fuse by a ceramic body, suspended-in-air filament fuse; and for any future orders for any aircraft type equipped with similar VDU part number, to ensure that the VDU is of the modified LED backlight or modified open-to-air fuse standard.

The United Arab Emirates’ GCAA, meanwhile, is advised to ensure that any future Supplemental Type Certificate (STC) relevant to IFE installation on any UAE-registered aircraft refers in the ‘materials required’ section to the modified VDU; and to disseminate the information included in the final report to all UAE operators “for their proactive action in relation to any existing affected VDUs or for the addition of aircraft to their fleets equipped with similar part number VDUs”.

Lumexis’ engineers were “never able to get this circuit to fail in the same manner”, and consequently the firm sees the event as an isolated incident, says Sharkey. He confirms that no proactive retrofits have been required of current VDUs. “The GCAA report is on an incident that occurred some eight months ago on a flydubai 737 operating earlier generation 8.9” LCD (generation 2) monitors in coach. Therefore, the incident has no relevance to our current generation 3 systems which employ the latest Light-Emitting Diode (LED) technology,” says Sharkey.

The Lumexis president assures that the firm “always has designed and manufactured to the highest standards in the industry”. Furthermore, he adds, “We are advised by this inverter board supplier that they have delivered highly similar backlight inverters in substantial quantity to other major IFE manufacturers using the same backlight, but this is the only incident of this type of which we have been informed.”

Air France forges IFC deal with telco; a sign of things to come?