Installation of Wi-Fi on United’s two-class RJs, which will involve more than 200 aircraft, is expected to begin later this year. The news was first revealed on RGN Premium. 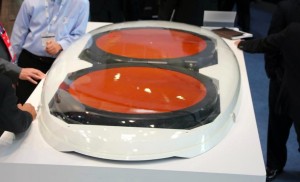 “The United Express aircraft will be the first regional jets in the United States to be outfitted with Gogo’s ATG-4, which more than triples the peak speeds to an aircraft when compared to Gogo’s original ATG service that launched in 2008,” says Gogo in a statement. “Additionally, United and Gogo have agreed to partner on offering inflight entertainment on two-cabin regional jets, beginning early next year, enabling passengers to watch movies and television shows on their Wi-Fi enabled devices.”

Along with regional jet Wi-Fi and personal device entertainment, late next year United plans to begin a trial of Gogo’s 2Ku satellite Wi-Fi on five of the 757 p.s. aircraft which currently offer Gogo’s ATG-4 product.

United is unique in that it offers no fewer than three different inflight connectivity solutions – Gogo on the p.s. fleet (and soon on the two-class RJs), ViaSat Exede Ka-band connectivity on Boeing narrowbodies and Panasonic Avionics Ku on the rest of the fleet. It is considered by some to be on the bleeding edge of Wi-Fi integration in this regard.