FARNBOROUGH: Embraer this week unveiled its E-Jets E2 cabin at the Farnborough air show, immediately impressing onlookers with a unique staggered seat layout in business class, and clear attention to detail. Driving the transformation was industrial design firm Priestmangoode, which was given great latitude to develop a modern interior that would meet the needs of passengers when the re-engined E-Jets E2 is delivered in 2018. 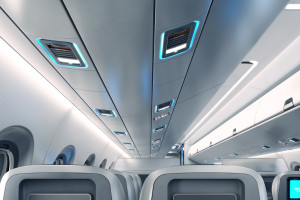 “We’ve done concepts for the A380 and A350 for the wow effect, primarily as selling tools, but we’d never been given the scope to do the front of the aircraft all the way to the back, until the E2. There were no limitations,” Priestmangoode project head Dan Macinnes tells RGN.

“Working with a seat vendor or airline you can only do a certain amount of…changes; it’s limited by how the manufacturer builds the product. But Embraer has partnerships with the companies that make the bins, cabin lining, galleys and seats, so it has full ownership. We spent six months understanding problems with the E1 cabin and what Embraer really wanted out of the E2.”

Another important benefit of Embraer’s ‘ownership’ of the E2 cabin is the protection it ensures from possible supply chain issues. With burgeoning orders across the market, rumblings of cabin suppliers struggling to meet demand are already being heard. Macinnes confirms that although he hasn’t seen products failing to appear, he has seen delivery dates slipping as manufacturers take on more projects to meet airframer demand.

Priestmangoode was keen to avoid gimmicks or installations of no real value to a real-world cabin. “We looked at parts that are user-centric and everything we’ve done is about helping the passenger have a better experience. It doesn’t matter if it’s first class or economy, or even the crew in the galley, we just wanted well considered design. It had to benefit the passenger and help Embraer sell more aircraft.” 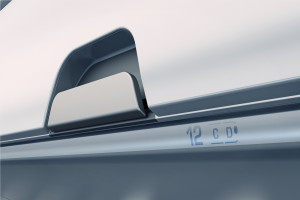 Aside from those dramatic business class seats and layout (a stark contrast to the current generation 2-1 configuration) and individual passenger service units, pictured above, the overhead bins have been enlarged through a clever re-contouring of the ceiling above the passengers’ heads. Meanwhile the seat legs – traditionally chunky, industrial-looking items of necessity – have been redesigned to look more like they belong to items of domestic furniture, in a process that Macinnes says is “about 70% there”. Further refinements are forthcoming.

Throughout the cabin, items as mundane as surface textures and latches have been re-imagined to create a modern aesthetic that can be seen everywhere from the overhead bins to the baby changing table. The table, pictured below, exemplifies another key feature; it retracts to a recessed position, just like the cabin crew seats. This maximizes space and avoids what Macinnes refers to as “that bolted-on look”. It’s typical of the detailed design Priestmangoode has applied to the E2 cabin. The result is an entirely clean and practical interior that doesn’t fall short on “wow”. 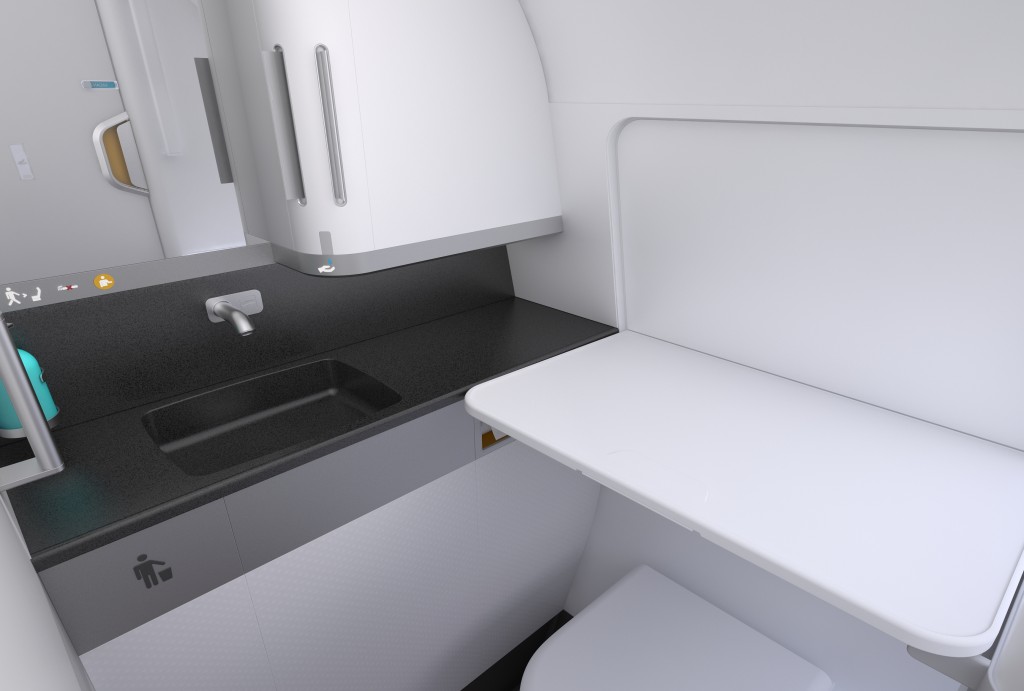 New Airbus A320 partition is more than meets the eye