Thales, the second largest embedded inflight entertainment company in the world, is preparing to leverage the strengths of LiveTV to create broadband-connected solutions that will position it to better compete with Panasonic Avionics and Zodiac Aerospace, as well as other up-and-coming players in the hotly competitive IFEC field.

Some 80% of Thales’ IFE business is line-fit offerable – in other words, its embedded IFE systems are installed by Airbus and Boeing at the factory. The company boasts a substantial portfolio of “feature rich” products and services for widebodies, while 100% of LiveTV’s business for embedded live television systems and regional Ka-band connectivity is in the narrowbody retrofit market, notes LiveTV president Glenn Latta.“So we see very little overlap.”

And indeed it should.

In recent months, we’ve come to appreciate that many asset managers and investors often view the inflight connectivity market in total isolation, and don’t consider the continued importance of embedded IFE for twin-aisle aircraft, as well as how IFE relationships can color airlines’ connectivity decisions. We’d like to clarify the market for readers.

At present, all twin-aisle aircraft manufactured by Boeing leave the factory with either Panasonic or Thales IFE platforms installed. With few exceptions the same can be said for twin-aisle aircraft at Airbus. Customers of new-design A350s cannot “not” order embedded IFE. The airframer doesn’t feel like cutting into production to make such special requests. And in fact, the A350 boasts a groundbreaking IFE integration project that neatly tucks away wiring and electronics. 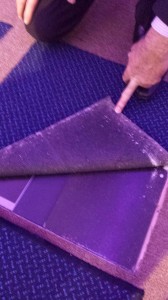 Panasonic Avionics holds an estimated 70% of the total embedded IFE industry (and is rumored to hold an even greater share of linefit IFE business). The Lake Forest, California-based behemoth has leveraged its relationships in the IFE space to dominate the international connectivity market with its Ku-band satellite-supported eXConnect offering. Customers for eXConnect include Etihad, Emirates, Lufthansa, Turkish Airlines, Gulf Air, Cathay Pacific and several others.

Zodiac Aerospace – which is considered to be the third largest embedded IFE player – enjoys linefit offerability for its RAVE IFE system on the A330. The interiors giant is also actively pitching ‘complete cabin’ offerings to airlines, inclusive of embedded IFE hardware and ViaSat-powered Exede Ka connectivity – the same service that supports LiveTV’s JetBlue and United connectivity contracts.

Lumexis – which is in line for offerability on the Boeing 737 – and Lufthansa BoardConnect are also making strong gains in the IFE market, the former with an embedded system and the latter with a wireless IFE solution.

Presently sandwiched between Panasonic and Zodiac as number two in the embedded IFE space is Thales, which shares the same vision as LiveTV that “entertainment and connectivity are merging”, says Latta, and understands that the connectivity component is crucial to continued success.

On the connectivity front, Thales has long pursued a path that sees it offer Inmarsat SwiftBroadband-supported solutions now (such as on Qatar Airways’ Boeing 787s) and Inmarsat Global Xpress (GX)-supported solutions when GX is available in 2015. Thales’ GX connectivity-powered IFEC hardware is expected to debut on the Airbus A350 XWB, but because GX is not yet flying, Thales had been largely missing from the headlines about broadband connectivity. That is until it announced plans to acquire LiveTV.

Though ViaSat’s Exede service powers connectivity on JetBlue and United, LiveTV secured the supplemental type certifications to support equipage, and, importantly is prime on both contracts. Additionally, LiveTV is slated to roll out regional Ka connectivity on Aer Lingus, and will use Eutelsat’s high-capacity Ka satellite over Europe to support the service. LiveTV is also understood to have secured additional, undisclosed customers for its regional Ka offering.

Collectively, says Latta, Thales and LiveTV can truly integrate an IFEC system “that is lower weight, has fewer LRUs, and it can truly add another level to the customer”.

Regional Ka will serve as the backbone of the architecture for any LiveTV-specific IFEC product offerings, but the firm’s next generation IFEC system will be architected in a modular fashion so that other connectivity solutions can be plugged in “for non-Ka markets or for new technology advancements”, says LiveTV chief product officer Barry Schliesmann.

Somewhat ironically, the combination of Ka-loving Thales and LiveTV may also find itself competing with AT&T and Inmarsat Global Xpress hardware provider Honeywell in the US market. AT&T and Honeywell have partnered to launch a 4G LTE air-to-ground (ATG) network in the United States. The move is widely perceived as a full-on assault against incumbent ATG provider Gogo. But when Gogo’s long-term agreements with US airlines start coming open in 2018, it’s logical to assume that Thales/LiveTV will be bidding for business alongside AT&T/Honeywell. That is, of course, if further consolidation doesn’t occur in the industry, and if Gogo customers don’t adopt the firm’s higher-capacity Ku and Ka offerings by then (of which some are showing intentions to do).

It’s important to note that Gogo and Thales last year agreed a partnership aimed at offering airlines an integrated IFEC platform. If the arrangement stays in place, their IFEC solution would be based on Thales’ latest generation TopSeries AVANT platform, but would utilize Gogo’s connectivity solutions which, in addition to ATG and Ku-band technologies, includes global Ka because Gogo is a service distribution partner on the Global Xpress program.

Additionally, we would be remiss not to mention Thales’ prowess in aircraft avionics. Two out of three aircraft in the world take off and land using Thales equipment, and the aerospace giant is positioning itself to more fully leverage this position.

LiveTV’s Schliesmann says the firm believes it’s important for any Ka system to be connected to the right buses on the aircraft, “and it is one of the reasons why this new Thales relationship is so exciting to us, because we have the pipe and the connection and the systems that do that and they have aircraft instrumentation. So the combination of the two offers us an environment where we really think we can focus on helping airlines save money.”

Dominique Giannoni, CEO of Thales Inflight Entertainment and Connectivity, echoed many of Schliesmann’s sentiments during a conversation with RGN editor Mary Kirby at a recent LiveTV event. He agreed that Thales is uniquely positioned to consider solutions for streaming critical data from aircraft, and using broadband pipes more creatively than they are today.

VIDEO: NextGen IFE is here, though it still has a few quirks