Women have played an important role in the history of the Boeing company, beginning in 1916 when seamstress Rosie Farrar was hired by William Boeing to stitch together linen wings for the early B & W seaplanes.

By 1918, women made up almost 25 percent of the company’s employee base, notes Betsy Case in Trailblazers: The Women of The Boeing Company, and since then women have had an important role in every aspect of the company.

Dozens of these trailblazing women, many with the word “first” amongst their accolades, are featured in Case’s new book, which pays tribute to the Pacific Northwest “Rosies” who built Boeing bombers during World War II and to those who have had important roles as aviators, engineers, leaders and trendsetters.

Included are photos and short biographies of women such as Bessie Marie Dempsey, who became the first female aeronautical engineer at Boeing after a career as a ballerina, vaudeville dancer and Hollywood starlet. (She appeared in the Marx Brothers movie “A Night at the Opera,” under her stage name, Yvonne St. Clair.)

Close to a dozen of the women featured in the book, including Boeing’s first female line supervisor and the company’s first female test pilot, gathered in Everett, Washington at the Future of Flight Aviation Center and Boeing Tour in March (Women’s History Month) to celebrate the book release and share some of their stories.

Here are short profiles of just a few of the women who attended:

Diana Rhea joined Boing as a clerk in the parts ordering group at the start of World War II and went on to become the first female manager in Manufacturing Engineering. According to Trailblazers, Rhea played an active role in the company’s progression from manual parts ordering to more modern, mechanized methods. Now, with 71 years of uninterrupted service, she’s Boeing’s longest-working employee. 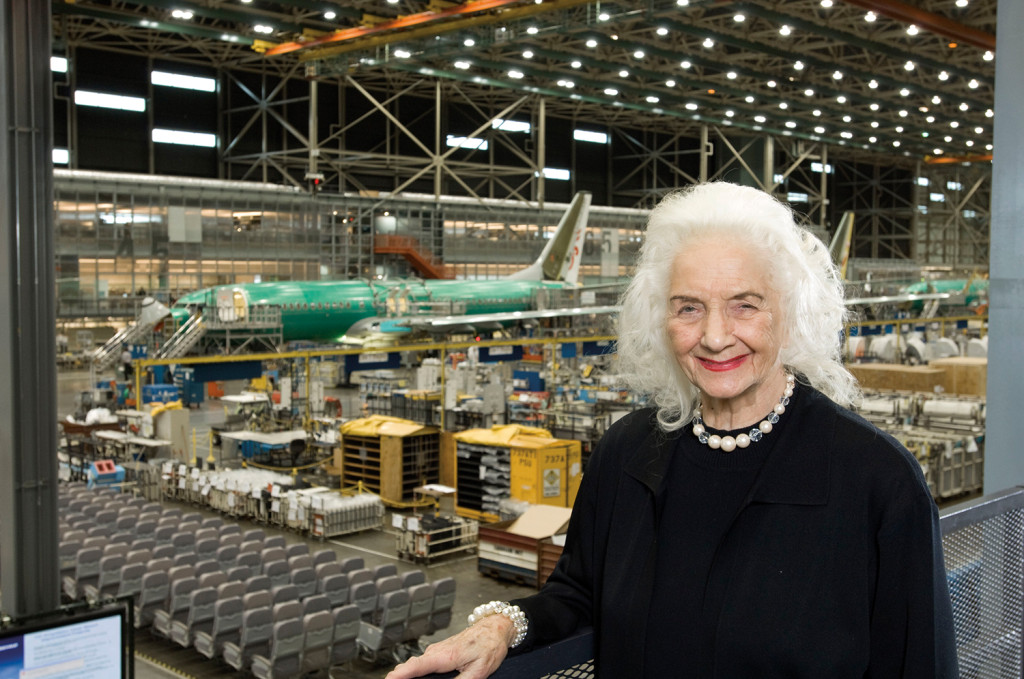 Patricia “Trish” Beckman spent 28 years on active duty in the U.S. Navy and went on to serve at Boeing in production flight testing for the 737. “I flew the first flights on 737s and flew with the customer,” explained Beckman. “Then, as a navigator I also helped the customer cross the Pacific – to China, usually. And as a navigator, I’ve also done three around the world trips in the 777, 737 and the 787.” 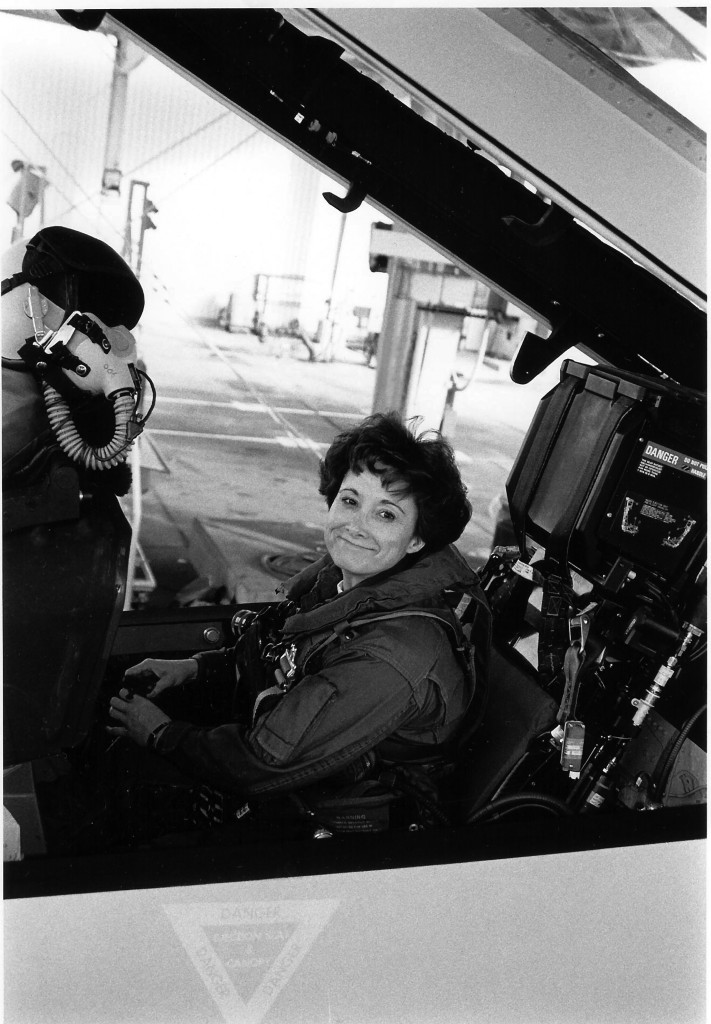 Suzanna Darcy-Hennemann was the first woman to join the elite Boeing Engineering Flight Test group as a test pilot and she’s now the Boeing chief training pilot for instructors worldwide.

“My team does all the ground school training, full-flight simulator training and training in the airplane for airline customers,” she explained.

Based in Renton, Wash. Darcy-Hennemann said she always knew she wanted to fly but that when she started out there were no women flying in the military or with the airlines.

“So I got an engineering degree so that no one could tell me I didn’t have a good enough degree to get a flying job,” she said.

She then took flying lessons and came up through civil aviation positions. “I kept working my way through all my licenses and was chosen as a production test pilot and worked in flight test for 23 years – basically taking planes out for factory test drives,” she said.

She then worked as an experimental test pilot, eventually becoming chief pilot for the 777 for experimental flight testing and, now, chief training pilot for instructors around the world. 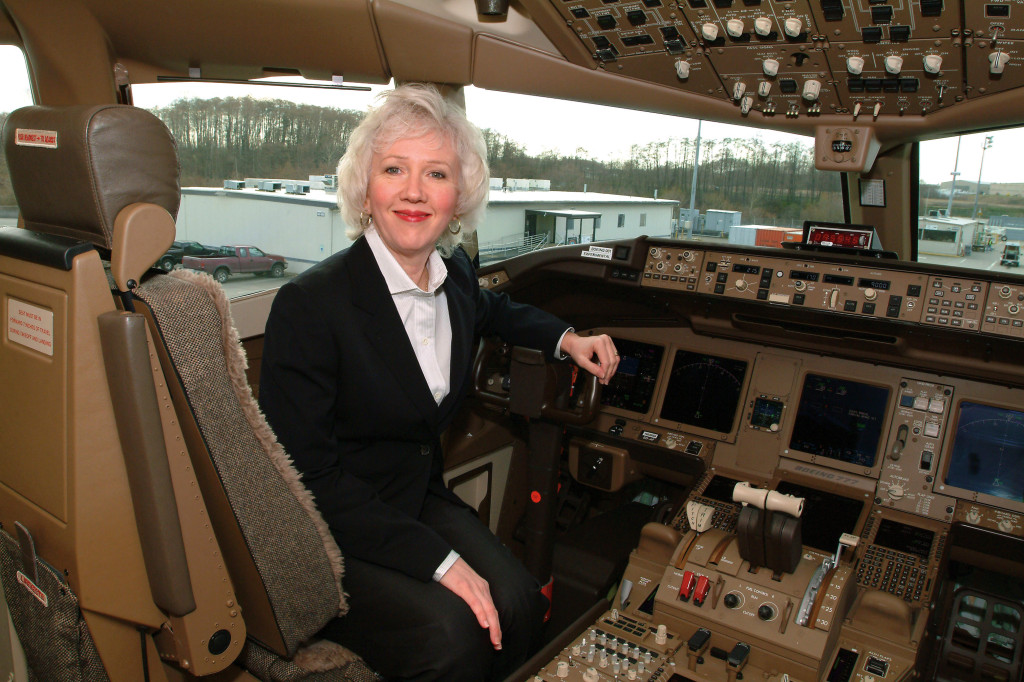 Sandra Jeffcoat was the first African American woman to become a member of the Boeing Technical Excellence Program and was the winner of the 2005 National Women of Color in Technology award.

In Trailblazers, she explains how her career in information technology began as a dare and that her expertise in a complex database system led her to Boeing in 1989, where she helped “clean up a defense contract in trouble.”

Now, like many other women in leadership roles at Boeing, “I find it important that we give back by mentoring others and bring them along,” she said. 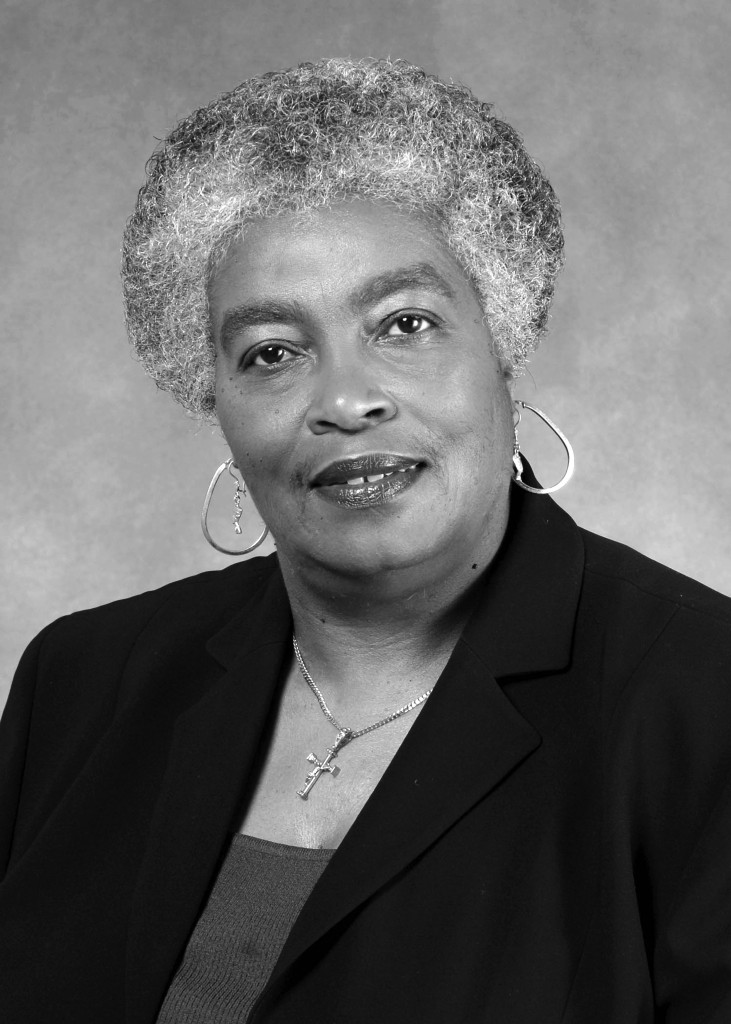 Megan Robertson makes Boeing’s Trailblazers roster as the first female pilot to conduct a Chinook helicopter test flight. Based in Philadelphia, she’s been flying for about 15 years, the past seven with Boeing.

Robertson said she loves her job, in part, because of the role the Chinook helicopters have in the world.

“Anytime there’s any kind of relief mission in the world, if you flip on the news you’ll probably see a Chinook helicopter hovering somewhere in the background,” said Robertson. “And that’s what makes what I do so exciting: I get to see a helicopter that I fly doing these great missions around the world.”

In Trailblazers, Robertson shares some of the advice she gives during career presentations, which includes the importance of building a resume, always learning and practicing leadership. “Care about what you do,” she says, “seek out opportunities and don’t let anyone ever say no to you.” 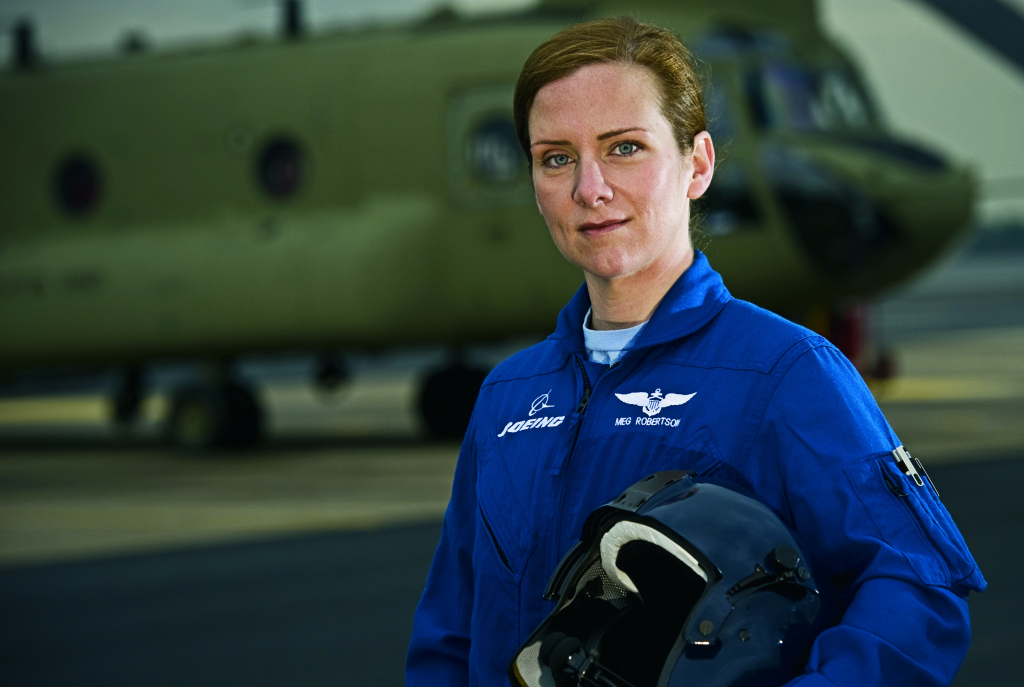 Thanks to Trailblazers author Betsy Case and the Boeing Company for sharing photos, audio and additional information for this story.