Airlines are the root of the global economy as well as regional economies. Airlines “tie” the six regions of the world together (North America, LatAm/Caribbean, Asia-Pacific, Europe, Middle East, Africa). Inevitably, Qantas has been one of the most important airlines in the history of aviation and has been able to survive the trials and tribulations impacting aviation. However, Qantas’ fate is more important than ever before as the airline faces continuous competitive pressure in both the domestic and international markets.

In theory, Australian aviation operates in a deregulated environment and yet, many restrictions still apply, particularly in the area of foreign ownership. Qantas is a legacy carrier plagued by legacy characteristics. The business model was developed during a time of regulation and like airlines in other markets forced to adapt to liberalized or deregulated environments, Qantas has not had the opportunity to reinvent itself and take advantage of a new platform like many of its competitors. The Qantas Sale Act of 1992 put serious restrictions on the airline’s ability to optimize performance due to the associated foreign ownership restrictions.

The Australian domestic and international markets are faced with excess capacity issues meaning there is too much supply for demand. As noted in Qantas’ recent announcement of a $235M loss, both the domestic and international markets are suffering as airlines compete for business. Unfortunately, for Qantas, the competition is fierce as Virgin Australia, backed by three state-owned airlines, continues to fight for market share. Both Qantas and Virgin Australia posted financial losses in 2014 and the battle for supremacy will continue despite this. In the world of globalization and deregulation, the airline industry is an “eye for an eye, tooth for a tooth” business.

Due to the current foreign ownership restrictions put on Qantas, the airline must have 51% Australian ownership. Access to “cheap” capital is very difficult for Qantas due to this restriction set forth by The Qantas Sale Act. However, its main competitor, Virgin Australia, has a major advantage over Qantas as it has access to “cheap” capital, via the three state-owned airlines (Singapore, Etihad, Air New Zealand).

Qantas’, Alan Joyce, has argued for the need for government support, essentially subsidized assistance for the airline, while Virgin Australia’s, Borghetti, as argued against. Interestingly, as of this week, the Australian Government has shot down Joyce’s argument and said no government support is heading in the direction of Qantas. In a deregulated environment, government assistance should not be permitted as it creates an unfair competitive advantage to airlines operating in the same deregulated environment.

As Qantas and Virgin Australia run head to head, it is only a matter of time before access to resources disappear. In this particular case, Virgin Australia has greater resources but even this powerful brand, backed by strong air carrier ownership, has limitations.

It is possible for both Qantas and Virgin Australia to survive and operate successfully long-term. And, it is important for the Australian Government to take this perspective as competition is best for the market as it keeps airline fares reasonable and expands market share in terms of route network. However, in order to accomplish the task of having an efficient airline industry, changes are necessary both externally and internally.

Externally, the Australian Government must revise the rules associated with The Qantas Sale Act removing the current 51% ownership restriction. Such a change will permit Qantas to seek access to cheaper capital most likely in the form of equity relationships with airlines in the Oneworld Alliance (i.e., Cathay Pacific, Qatar). Internally, Qantas has a lot of work to do in terms of restructuring. The domestic and international operations should be split into separate businesses resulting in a new business model for each entity including new leadership. The Qantas brand would continue to survive and both business models, though different, would complement each other. The physical size of Qantas should be reduced as the current fixed costs are high. Unfortunately, one of the negative impacts is a reduction of the employee base. The airline, is overstaffed. Additionally, Qantas must restructure its aircraft fleet by simplifying it.

The notion of building a smaller airline is a good thing as costs will be significantly reduced and by splitting the business into two air carriers (domestic and international), management can focus on opportunities including enhanced partnerships with the Oneworld Alliance that can essentially offer the world in terms of network. Air New Zealand, although primarily government owned (approximately 75%) is a good case study for Qantas to research. Air New Zealand restructured the company by developing and implementing a successful strategy. The end result was a decrease in capacity, a focus on long-haul travel, a simplified aircraft fleet, strong alliance relationships, and a recent profit announcement of $140M after taxes. Interestingly, the Government of New Zealand has been selling off shares of the airline as part of a partial-privatization plan.

One of the key strategies for airlines world-wide, is to “shrink” the physical business but “grow” the network through strong partnership opportunities. In other words, airlines, within alliances, should strive to complement one another rather than compete. 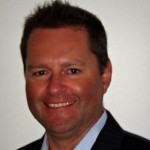