Trying to fight the march of mobile connectivity on board aircraft – and more broadly in our world – is like trying to fight the march of time. It’s futile. Sure, lawmakers may succeed in placing artificial barriers in front of something like inflight cell phone calls for a spell. And many travelers – myself included – will agree with the business professional who told me today on the phone, “When it comes to cell phones we’re idiots.”

But tomorrow’s traveler will raise a hairy eyebrow to federal bans on technology. It will seem positively quizzical to them to be denied choice in the future.

Our children don’t view connectivity – mobile or otherwise – in the same way that we do. To borrow a phrase from a Panasonic executive, our children are digital natives; we are merely immigrants. Armed with tablets and macbooks, they are immersed in the machine. They have their own online societies. They don’t see voice calls as the devil. A recent poll suggests 56 percent of Americans under 35 favor allowing people to make calls.

And they see Wi-Fi as air.

“Is dad picking me up tomorrow,” my daughter asked me at dinner one night. “Yes, you’re with your dad tomorrow, I said.” “Awwww,” she said.

I was stunned. My daughter has been daddy’s girl since she took her first breath. Given the choice, she would – generally – choose his company over my own (I’ve grown to accept this).

Then it hit me. Her father accesses the Internet at home via his mobile device; he doesn’t have Wi-Fi. “You’d rather be with me because…I have Wi-Fi,” I said. 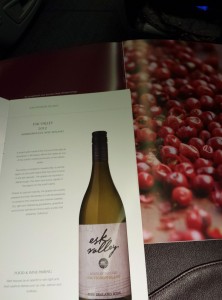 I recently traveled to Doha and onward to Dubai for the Aircraft Interiors Middle East (AIME) conference. I flew the five-star carrier Qatar Airways for all legs of the journey. As you’d expect, the service was impeccable, the food divine, and the IFE impressive. I’d be remiss if I didn’t applaud Qatar for its vast choice of IFE programming and the fact that many of its movies offer closed captioning (CC) for the hearing impaired.

But alas, the carrier does not offer inflight connectivity on its long-haul fleet, with the exception of its 787s (it is currently flying ten of the type). I must admit I found it ironic that Qatar’s IFE system showcased a documentary about the Twitter Revolution – and the fact that so many people are tweeting while watching movies – even as it offered no ability to truly ‘double screen’ on the flight.

All in, I was disconnected on Qatar Airways for about 28 hours of flight time roundtrip. That’s the equivalent of being disconnected for two work days from my business, my social network (which plays a big role in my business), and cell phone calls with my daughter. Bizarrely, the Dubai World Trade Center refused to sell Wi-Fi passes to journalists, saying they were “only for exhibitors”. And so, while attending AIME, I lost another day of connectivity; another day of work. 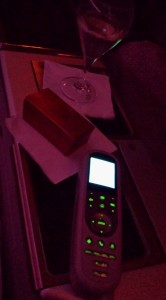 I asked Qatar Airways if it intends to retrofit its long-haul aircraft with connectivity. Brian Thomas Ashby, manager corporate communications for the airline said in an email,

Keep in mind that Qatar Airways has ordered billions of dollars worth of new aircraft, including the aforementioned 777X. And it is the launch customer for the Airbus A350 XWB which, like its 787s, will carry Thales IFE and OnAir connectivity via SwiftBroadband. But even if the carrier has an ambitious retirement plan for its older birds, its stance on offering connectivity in the near term is gob-smack worthy. Will it really allow the lion’s share of its fleet to remain disconnected while Etihad Airways and Emirates bring Panasonic Ku to their fleets?

This traveller will never fly long-haul without connectivity again. I simply can’t afford the luxury of “switching off completely” in the cabin. And I’m not alone. Anyone who is harnessing the power of social media to drive their business forward (and every business – B2B included – should be), needs to be connected. As this report suggests, there is now a steady stream of “affluent business travelers more focused on business than pleasure”. I’d argue that there is also a steady stream of non-affluent business travelers who are even more focused on business (in a bid to ultimately become affluent). 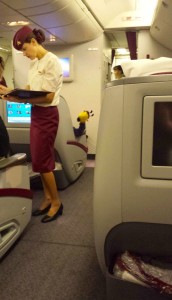 Connecting aircraft is not an easy road, of course. In recent months, we’ve learned about some of the difficulties in bringing broadband to aircraft, including the challenge of meeting the FAA’s guidance on bird strike testing of large antenna radomes.

Gogo has certainly faced its share of troubles (though I’m hearing that it has made headway on the A330 STC), and Panasonic has admitted to being behind its equipage schedule (to the tune of 300 aircraft in 2013).

Check out United’s Wi-Fi equipage progress at The United Airlines Fleet Website. United’s 767s are crying out for connectivity (much like Qatar’s 777s and Airbus widebodies), though United has made some amount of progress on its 777s.

One wonders how long any 5-star carrier will be able to hang onto its stars – or business travelers – without Wi-Fi.