How do you maintain a reliable supply of poultry to produce more than 5,000 inflight meals daily in a country where hygiene standards are often less than spectacular? For Biman Bangladesh Airlines the answer is a rather atypical one. The Biman Poultry Complex (BPC) has been in business for 30+ years and operates as the exclusive supplier of chicken for the Biman Flight Catering Center (BFCC) kitchens. The two groups are closely aligned, as would be expected, but they operate as separate subsidiaries of the parent airline company. This allows for flexibility and opportunities beyond just providing the poultry for inflight meals. The BPC is just one of the unique and quirky features of Biman’s catering operation which makes it interesting. 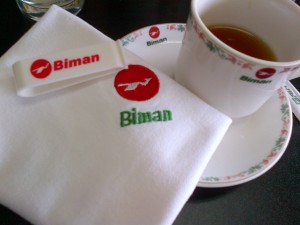 The BFCC is, in many ways, just another relatively small kitchen aside an airport with limited flights to serve, and limited resources with which to serve them. It operates with modern equipment and holds to the strictest standards of food safety and international certifications. Scratch the surface, however, and more nuance begins to show. This is not just another inflight service operation. Biman has unique challenges and faces them with a focus which delivers successful results.

It is, of course, critical for the food served on board to meet the tastes of the passengers. At the same time, Biman is working to improve the image of its offerings, particularly in its premium cabin service as the number of long-haul destinations increases. During a recent meeting at the BFCC headquarters the topic at hand was a cheese plate for the business class cabin. Despite testing well as a concept the offering was not seeing great results on board. A number of ideas were considered, ranging from scrapping it completely to switching the service to a pre-plated option rather than a platter service. And, while no decision was reached during the discussion there was debate over one possible key factor: Most of Biman’s passengers are Bangladeshi and the rich cheeses are not typical fare in the region. It was entirely feasible that, even if presented and served perfectly, the option simply might not be appealing. No final decision was reached during the discussion but this small detail highlights the larger challenges the BFCC faces.

Most airlines operating to/from Dhaka travel less than four hours each way allowing for round-trip catering from their hubs. Biman and the BFCC are working to grow their customer base anyways. They continue to meet with other major regional carriers regarding the opportunities available to grow the catering business for those airlines beyond the “top-off” services typically provided today.

As for the chicken supply, they’re just once facet of the BPC operations today. Over the past 5 years the facility has expanded to operate a dairy farm, a vegetable supply and a fishery. Most recently the BPC has added a chicken hatchery to the facility, allowing them to not only raise their own supply but also to have sufficient excess that they can sell to the local community. The retail operation sold more than 20,000 chicks in January 2014. Just another way the company is generating profits against the backdrop of losses in the overall operations. 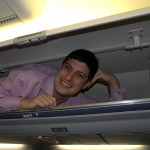 About the author, Seth Miller:

Bitten by the travel bug at a young age and hoping that no one finds a cure, Seth is a world traveller and avid frequent-flyer points collector. In addition to that travel, Seth has become an expert in the field of airline loyalty programs.

He shares his adventures and thoughts on his blog, The Wandering Aramean, in addition to the Runway Girl Network. You can connect with Seth on Twitter, Facebook, LinkedIn and Google+.