Many of us like to spend part of our pay checks on pay-per-view TV events involving angry guys – and sometimes gals – fighting each other in a cage or some other contraption. These can be a bit pricey. But there is good news for the traveler on a budget looking for excitement. You might not have to wait long if you buy a ticket on a crowded domestic flight. Instead of cage fighting, let’s talk about what I shall call “Tube Fighting”.

Tube fighting occurs practically every day somewhere in a metal cylinder with wings flying high overhead, when a passenger, sometimes encouraged by generous quantities of adult beverages, decides physical altercation is his – or her – method of choice for problem resolution. Sometimes it is with another passenger, and sometimes, thankfully less frequent, it is with cabin crew.

In my professional capacity I get to see real time reports of all sorts of incidents happening in the US National Airspace System. Some are routine incidents involving an abnormal occurrence with the airplane that warrants the pilots to declare an “In Flight Emergency” with air traffic control. These are practiced and planned so much that it is simply no big deal and the passengers are not even made aware. Others are just bizarre, like the time a passenger landing in Anchorage was bitten by a scorpion while still on the plane which originated in Phoenix. Then there are the incidents which I consider to be a growing security and safety concern: your fellow irate passenger morphing into the “I’m-more-important-than-you” mouthy jerk. Over this past week (week of January 13) I received several such reports from the friendly skies over the US.  Here is a sampling:

There once a time, which I even remember as a young boy, when air travel meant suits, ties, white gloves, and manners. It was an event not an endurance. As members of the flying public today we may find ourselves as unwilling participants to events like these. Cabin crews receive training in dealing with such situations. It is amazing how many paying passengers I see end up involuntarily compliant courtesy of flex-cuffs. But that leads to the question of what can you do and what should you do in this situation?

First, realize the belligerent passenger is probably an “army of one”, to borrow a phrase, so the cabin crew will likely gather in force and deal with offender in short order. Fortunately, most of these situations are resolved quickly when the aggrieved passenger realizes the odds and probable outcome are not in his favor.

But what about those few occasions when physical contact or altercation occurs and the incident requires a response in numbers? Do you get involved or stay seated? Are you alone or do you have family members nearby that need protection? The answer, of course, is “it depends”. Men and women will make different decisions. Men will likely assume the protector role and will likely becoming physically engaged to restrain the offender until cabin crew can gain control of the situation [editor’s note: I know some women who would do the same.] No matter the case, no one will fault fellow passengers for coming to help. The individual causing the issue will be blamed and all the camera-phones nearby videotaping the event will support that.

So the next time you are on a flight survey the passengers around you as well as the cabin environment. Is anyone in need of throttling back on the booze? Are the flight attendants men or women? Younger or older? Do you think they can physically restrain a 22-year old, 225-pound drunk?  Is anyone getting mouthy with other passengers or crew and are they near you? Are the other passengers near you able to or likely willing to step up and assist physically? In the era of very crowded flights and short-fused “me-first” personalities, this is something we should all consider in our air travel. So before you dive head first into your E-reader, take a look around and assess your immediate surroundings from a security perspective.  Will I need to act?  How should I act? How will I act? Can I do the right thing? #PaxEx 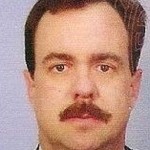 About the Author, Rick Charles (@travelsecurely)

Travel security writer Rick Charles is a lifelong airplane geek.  He is an international travel risk manager for a global aviation organization based in Washington, DC.  He is a former professional military aviation crew member and controller.  He has served in various national security risk management roles for close to 25 years.  Rick is a Stanford University/IATA Certified Aviation Management Professional, and an aviation subject matter expert on the Supply Chain and Transportation Security Council of ASIS International, the world’s foremost association for security professionals.