If you read any kind of tech related information on a regular basis, you have probably heard of IoT, or the “Internet of Things”. If you haven’t heard of it, or just don’t know what it means, keep reading because IoT is one of the next big things. IoT is the name for any device or thing that is connected to the Internet for the purpose of sending and receiving some kind of data. That data could be anything from a control sent to the device such as opening a lock or setting the brightness of a light bulb, or it could be the device sending or receiving information from a web service such as “What time is sunset?”, “The Flyers just scored a goal” or “XYZ stock price is $45.57”.

You may have seen or heard of some of the IoT front runners. There have been a number of mainstream products like the NEST thermostat, the FitBit, and the Phillips HUE lighting system. Or perhaps you’ve heard about the IoT products with poorly implemented security that have allowed hackers to take control of devices like Internet-enabled video monitors, such as the one used as a baby monitor in a Texas home. Some of the really interesting IoT devices are very new and relatively unknown, like Lockitron, Toymail, Pivot Power Genius, and the Budweiser Red Light.

One of the interesting things about the IoT revolution is how all of these connected devices are coming about. The last two big technology revolutions, the Internet and the smartphone, were brought to us by large companies, and we bought what they produced, but the IoT revolution is shaping up to be something very different. A number of new technologies and services are now available that allow persons with little or no technical knowledge to learn how to create very sophisticated devices. 3D printers allow us to make custom parts as easily as downloading Google Sketchup and sending our model to a service like Shapeways.com or finding someone locally through a service like makexyz.com. Having your own custom printed circuit board created used to be cost prohibitive, but now any enthusiast can use a free tool like Eagle PCB or DesignSpark to create a circuit board and have it printed by companies like SeeedStudio or OSHPark. Open hardware and software companies like Adafruit and Sparkfun are making complex technologies like GPS, Bluetooth and a wide range of sensors, motor controllers and robotics not only available as an easy to use product, but also providing step by step tutorials on how to use and develop with each product that they sell.

Microcontrollers and development computers have enabled millions to easily learn and begin developing unique and fascinating projects. Arduino, Beagle Bone, the Raspberry Pi, and (my personal favorite) the Electric Imp as well as others can all be used to connect devices in your everyday life to the Internet of Things.

Web services are popping up regularly that are heavily being used in the IoT. Data services like Xively are structured specifically for IoT, but if a web service is open to being used by developers, you can bet that someone is creating a device that talks to it. Facebook, Twitter, ESPN, and the Weather Channel are obvious services, but many more like Zapier, Firebase, IFTTT, and Twilio are just a few of the services supporting the IoT revolution, a revolution, by the way, that is certain to ultimately impact everything, including the aviation industry.

As with every new wave of technology, we tend to develop around things that we know and use. My own IoT development is a list of fairly practical devices.  My garage door, security system, Christmas tree, and BBQ grill are all connected to the IoT for control and data logging. The thing that will make IoT really interesting will arrive when we start developing new devices and services that aren’t like anything that exists today. I often walk around my house and think, “How could that thing be connected, and what would I want it to do if it was?” Try it yourself, and join the IoT revolution. The Jetsons won’t have anything on us soon.

About the author, Joel Wehr: 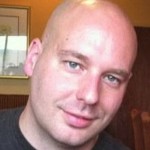 Joel Wehr is a systems administrator by day, and an IoT obsessed maker/hacker/developer by night. His favorite development platform is the Electric Imp, and his wife is kind enough to wear his Twitter controlled wearable electronic jewelry in public.

His 5-year plans include starting an open hardware/software company and co-founding a hackerspace near his Lancaster, PA home.

Can passengers pinch an inch with this seat?