On a flight to San Antonio International Airport this fall, the crew of a Southwest Airlines flight needed to make a last minute change to the route. As pilot Alan Roy explained, several airliners landing before them had been illuminated by lasers and this maneuver off the standard approach was an attempt to avoid being hit. The crew made the landing without incident though the pilots of the airliner behind the Boeing 737, reported being struck.

A safety representative for Southwest’s pilots union Roy is one in an army of aviation professionals who are working hard with no discernible impact on a problem that refuses to go away. To the contrary, 2013 showed a startling increase in the number of laser attacks on aircraft. By September reported cases had jumped 22 percent over the same period in 2012.

The problem is as obvious as a beam of light cutting across a dark sky; aircraft are being targeted by people on the ground wielding cheap and easily available laser pointers. A pilot caught unprepared by a bright light entering the cockpit at low altitudes during high work load phases of flight, can be distracted suffer vision impairment either or both of which could lead to an accident. What remains murky is what to do about it. 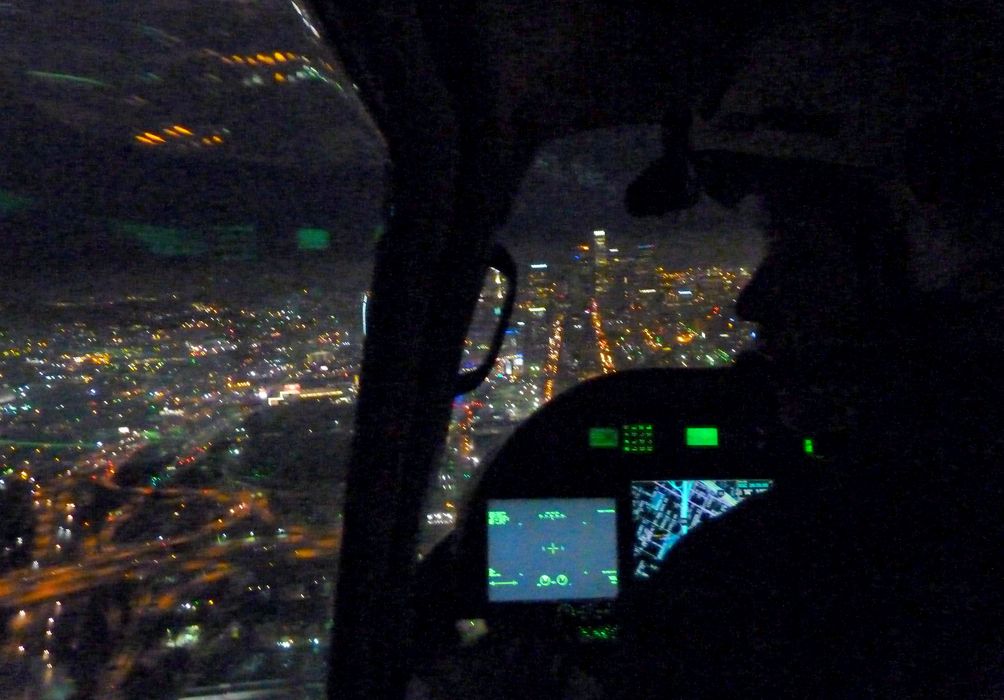 For the past eight years officials have taken a conventional name, blame and shame approach; dispatching law enforcement to try and catch the perpetrators and prosecute them.  But according to Patrick Murphy, a laser expert whose private website is so authoritative government officials often rely on his research, criminal cases have been opened in just 1.5 percent of all incidents.

The FAA justifies pursuing individual offenders as more than a one-by-one solution because the arrests wind up on the evening news, where presumably others will heed the warning that shining a laser at a plane could land them in jail. The arrest-and-publicize tact has not turned out to be that useful since the majority of offenders aren’t news watchers or news readers.

“They are ignorant of the hazards that exist by illuminating an aircraft and don’t know the law either,” said Gus Anibarro, education director for the Laser Institute, an industry group.

The institute has a newsletter and a website. It issues press releases but even Anibarro admits the folks waving lasers around the night sky near airports are not likely reading the institute’s material. The FAA also has a website, though it is infrequently updated.  There is no coordinated effort to educate those most likely to be targeting aircraft.

“I don’t think the prosecution and publicity thing is working,” Murphy told me.  “I’m not even sure what the answer is.” 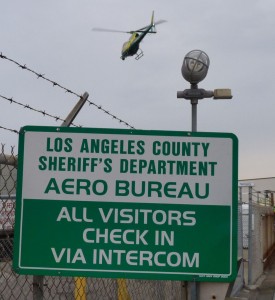 As I reported earlier this month for Air & Space magazine, in California, where laser attacks are frequently reported on all sorts of aircraft from military airplanes to airliners, and where many local law enforcement agencies fly their own aircraft, sending helicopters into the battle is part of the campaign. When an aircraft reports seeing lasers, police helicopters fly to the area to serve as bait.  With the chopper’s ability to hover, the police can then report a precise location to ground officers if they see or are targeted by the laser.

It would be hard to isolate the cost of this assignment as the police helicopter units like the Los Angeles County Sheriff’s Aero Bureau have added this duty to their regular air patrols. On-the-ground forms of public education however have been deemed too expensive to undertake.

While out in Los Angeles for the Air & Space assignment this summer, I had a conversation with Karen Dearborn, a tactical flight deputy observer with the LASD. She told me, “I don’t think the public understands what it (a laser) actually does.” Once, while visiting her son’s school on career day, she talked to his friends about lasers. “They’re dangerous” she said she told the children, explaining that as far as she was concerned how to behave with lasers “has to be one of those laws of dos and don’ts.”

I wasn’t there for her lecture, but I’m certain that dressed in her flight suit, Dearborn made a memorable impression on the elementary school children and that what she told them had an outsized impact relative to the cost of having an officer off patrol for a few hours. Still, sending officers into classrooms, isn’t part of the laser campaign. Dearborn’s boss told me it wasn’t in the budget.

It’s the same story at the FAA. “We don’t have the money to do a marketing campaign,” spokeswoman Laura Brown told me when I spoke to her about the FAA’s activities. These entities don’t have a Facebook page or reach out through Twitter either  even though the typical laser attacker – a male in his teens or thirties – is very likely very hooked in to social media.

In his role as a volunteer expert on lasers and aviation, Murphy has toyed with creative approaches for publicizing his multi faceted safety campaign. “I agree with your point of educating children, the Internet generation and the public at large,” he wrote me recently when I expressed my frustration at the lack of targeted efforts to reach this specific demographic. Then he suggested the most intriguing idea I’ve heard since I started covering this issue in 2010.

“I get a lot of Google Ads served up about lasers, since Google tracks my many visits to laser sites, my use of that word in Gmail a lot, etc. If one out of 10 or one out of 100 laser-related ads that they served up was a warning about misuse, that would be awesome!” Murphy went on to suggest an ad that said, “’Never aim lasers at aircraft. Click here for more details.’ This is a way to directly target much of the desired audience,” he added.

Alan Roy’s attention-getting flight into San Antonio was one of nearly 4 thousand reported laser attacks this year. The present course is not working. Murphy’s suggestion recognizes that that to educate the people causing the problem, authorities have to find them in the places they frequent and speak to them there, just like the companies that sell lasers do.  It’s not rocket science; it is modern marketing in the digital age. It would cost a fraction of dispatching helicopters, putting pranksters through the legal system and sending them off to jail and I’m betting it would be a heck of a lot more effective.

This laser attack was caught on tape: