Airlines over time build up reputations for superior service and garner passenger preference. But over time, consumer preferences change, and once they do, carriers must adapt to the more competitive environment.

Singapore Airlines has for years had the highest ratings for customer service in the industry from a variety of rating sources, and for many years was considered the preferred choice for business and leisure travelers who wanted a little extra. That customer preference resulted in the ability of the airline to earn slightly higher yields than most carriers, as it did not have to discount as high a proportion of its fares to fill its seats.

But times have changed, and Singapore Airlines is now in a position that it has to sacrifice yields in order to maintain market share against growing competition from both low fare and high service level carriers. 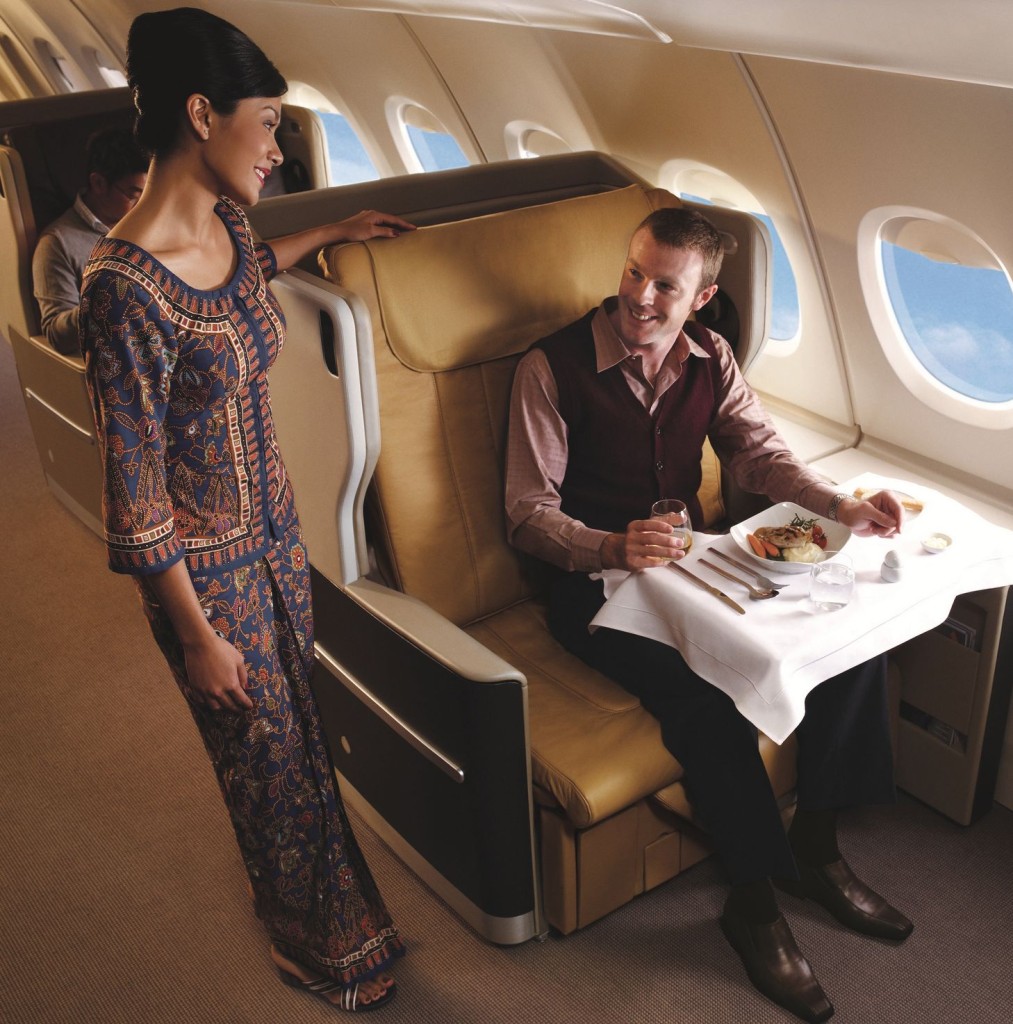 Part of the customer preference has been Singapore’s Changi Airport, one of the best in the world. But the Gulf carriers are moving into new facilities that are also world class, and are competing on a more equal level than in the past.

We’ve seen this happen before in the industry. American Airlines, once known for innovation and superior service within the US, lost its preferential position, and then lost its yield advantage once it could no longer command a higher value perception than its competitors. While American rode that preference as long as it could to avoid bankruptcy, it could not hold off indefinitely and has now been acquired by US Airways.

While we don’t believe anything that dire will happen to Singapore Airlines, there are a number of factors that are contributing to its falling yields. While the carrier remained profitable in the last quarter, a fourth consecutive quarter of declining yields is noteworthy.

Premium class travel is under pressure from several factors, a sluggish economy, the rising Singapore dollar against other currencies, and increased competition on its medium to long-haul routes from Emirates, Etihad and Qatar from the Gulf and Cathay Pacific and Malaysian Airlines in Southeast Asia. All now offer world class passenger service, with the “Singapore Girl” the remaining service differentiator.  Cabins are now similar, meals are similar, seats are similar and entertainment systems are similar.  Singapore has been the model of excellence other carriers emulated, successfully, and are now able to compete on an equal basis.

Singapore Airlines, like Cathay Pacific, still operates with 9 abreast seating in economy on its Boeing 777 aircraft, with 19 inch wide seats in economy — wider even than the 18 inch width touted by Airbus in its recent campaign.  But the economy cabin is under pressure from low cost carriers, including AirAsia and Lion Air, and Singapore Airlines has increased its investment in Tiger Air for regional low fare presence, and started Scoot, a long-haul low fare operation.  With erosion from low fare carriers, both owned and competitive, Singapore has to rely more on the front cabin for profitability.

Yields in the premium cabin have also fallen, although yields at competitor Cathay Pacific have remained higher.  This raises the question as to whether the historic preferential position Singapore Airlines has enjoyed as been eroded by Emirates, Etihad, Qatar, who are aggressively expanding.  We believe the answer is yes, and it will be difficult for Singapore Airlines to maintain preference-based higher yields in an extremely competitive environment.  Bear in mind going further upmarket may not be a solution as costs of producing the seat is what ensures financial success.  Singapore Airlines’ cost structure is not as flexible as its competitors given the strong Singapore dollar.

When Qantas shifted its European connecting hub from Singapore to Dubai last year, the first signs of a more difficult environment for Singapore Airlines became clear.  Today, with continuing disappointing results, Singapore is not delivering the type of return its owner, Temasek, the large Singapore-based private equity firm, would like to see.

Regaining premium customer preference is difficult, particularly in an environment in which pressure to cut costs is a natural reaction.  But cutting costs, if it results in declining service levels for premium class passengers, can erode competitive position.  Just ask American Airlines.  The preference advantage once enjoyed by Singapore Airlines appears to be gone, and the Gulf carriers are now formidable competitors.  This will require a new strategy that balances service levels, yield premiums, schedules and costs in the most competitive environment than Singapore Airlines has faced in the last two decades.  Can Singapore Airlines turn things around?  They can, but they need to remember what brought them to the top in the first place, and aggressively focus on their core strengths that they appear to be pulling away from.

About the author, AirInsight:

Its innovative strategies and market intelligence have provided sustainable strategic advantage for our clients, and we look forward to helping you. It blends the capabilities and resources of large firms with the personal attention possible only with a smaller organization.

AirInsight is a boutique consulting group run by Ernie Arvai and Addison Schonland.