OneWeb today confirmed the successful deployment of 36 satellites launched by NewSpace India Limited (NSIL), from the Satish Dhawan Space Centre (SDSC- SHAR) in Sriharikota, India. This launch by ISRO and NSIL is one of the biggest commercial orders by India’s premier space organization, and the first using the LVM3 rocket.

The lift-off took place on Sunday, 23rd October 2022 at 00.07hrs local time. OneWeb’s satellites separated successfully from the rocket and were dispensed in nine phases over a period of 1 hour and 15 minutes, with signal acquisition on all 36 satellites confirmed.

This is OneWeb’s 14th launch, bringing the constellation to 462 satellites. This launch represents more than 70% of its planned 648 low Earth orbit (LEO) satellite fleet that will deliver high-speed, low-latency connectivity worldwide. With only four more launches to go, OneWeb remains on track to activate global coverage in 2023, while its connectivity solutions are already live in regions north of 50-degrees latitude. 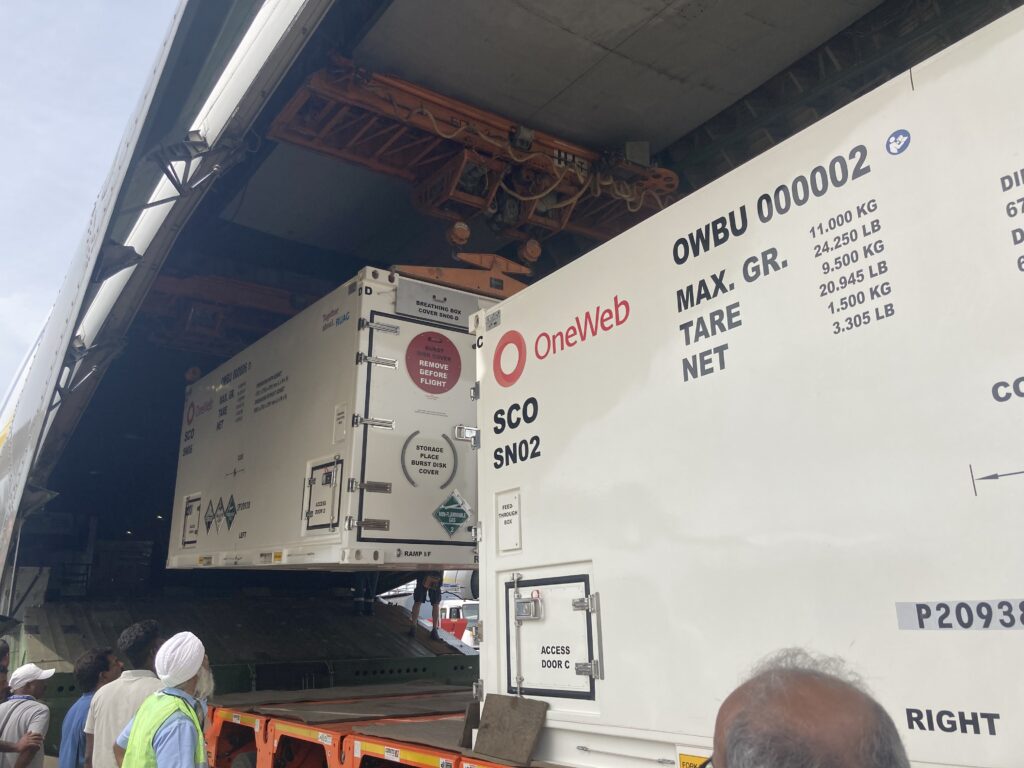 This partnership with NSIL and ISRO demonstrates OneWeb’s commitment to provide connectivity across the length and breadth of India by 2023. From Ladakh to Kanyakumari and Gujarat to Arunachal Pradesh, OneWeb will bring secured solutions not only to enterprises but also to towns, villages, municipalities and schools, including the hardest-to-reach areas across the country. OneWeb’s commitment to enhance connectivity in India is backed by Bharti Global, its largest investor.

The LVM3 launch vehicle realised with complete indigenised technology had four consecutive successful missions, which includes the critical Chandrayaan-2 mission. The vehicle underwent several critical tests as a part of human rating for the Gaganyaan programme. The cryo stage was uniquely designed to orient and re-orient in orthogonal direction to meet the customer requirements of injecting satellites precisely and with a gap to avoid collision. The vehicle was realised in a short span of time on a demand-driven basis to meet the user’s timeline.

Shri. Somanath S, Secretary, Department of Space and Chairman, ISRO, said: “Today’s event is very historic to the country and the Indian Space Programme. This is the first ever commercial launch of LVM3 with a heaviest payload to LEO. The LVM3 was conceived primarily for launching geo-stationary satellites with a payload capacity of 4T, which can be used for launching 6T payloads for LEO.

“The mission is very critical to meet the customer’s expectations to launch 36 satellites in 9 phases with precision. The mission was designed in such a way, that C25 stage was to handle this operation using in-house built inertial navigation systems. The injection of the satellites was so precise to the expectation of the customer. NSIL, the commercial arm of ISRO, entered into this contract and executed the same in a record time.

“This will pave way for more launches in the future. The interaction with OneWeb was so seamless, right from the receipt of the satellites until injection. ISRO and OneWeb teams worked like a family. I compliment all the ISRO centres and Indian industries for the commendable job and congratulate NSIL and OneWeb for the successful launch of LVM3 M2 / OneWeb India-1 mission.”

Sunil Bharti Mittal, Executive Chairman of OneWeb, said: “Today’s launch is a significant milestone for OneWeb. This new phase of our launch programme from India brings us a step closer to not only enhancing our global coverage but also delivering connectivity in India and South Asia, particularly to the communities who need it most.

“I am proud to be here in Sriharikota, with our partners, ISRO and NSIL. Today my dream of having an Indian element in the OneWeb constellation has been realized. This launch with ISRO and NSIL opens up the space sector in India with the possibility of billions of dollars flowing into the country.

“I would like to laud our Hon’ble Prime Minister for his visionary leadership in opening up the space sector for private participation. I also extend my gratitude to ISRO, NSIL and the Indian authorities for matching the precise schedule for this launch, which has been done in a record time.” 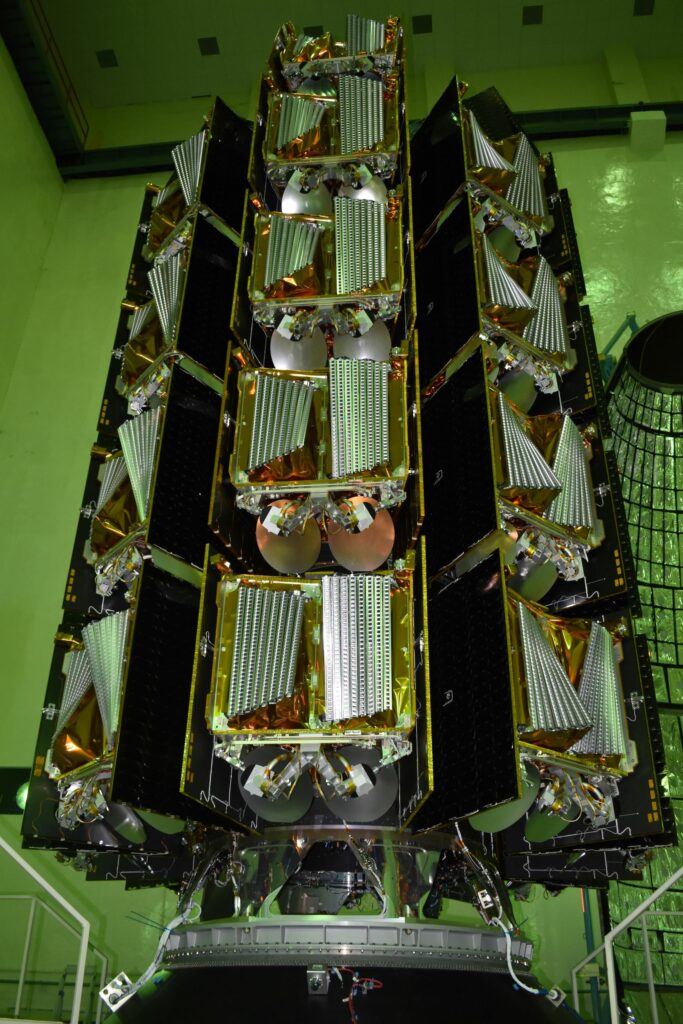 Radhakrishnan D, Chairman-cum-Managing Director, NewSpace India Limited, added: “The successful launch of 36 OneWeb satellites via the GSLV-MkIII from the Satish Dhawan Space Centre is a historic moment for NSIL and ISRO. We worked closely with the OneWeb team to support this milestone launch, which has been accomplished in a record time of a few months, while also illustrating the opportunities for satellite connectivity in India. We look forward to strengthening our partnership with OneWeb and utilising the potential that LEO connectivity has to deliver broadband services across India.”

Neil Masterson, Chief Executive of OneWeb, commented: “I am delighted that we have been able to resume OneWeb’s launch programme. This launch was made possible thanks to the hard work by our team and our partners at ISRO and NSIL, as well as shareholder Bharti Global. The spirit of collaboration exemplified by this international effort is at the core of our strategy to scale up our global coverage network. At OneWeb, we remain laser-focused on removing barriers to connectivity, ensuring that we deliver for communities and customers globally.”

Over the coming months, OneWeb will continue its focus on the launch programme and will also work with key distribution partners and customers to roll out connectivity solutions where its services are live. OneWeb will advance innovative strategic partnerships with leading companies in the communications sector, and sign agreements in the coming months to support the rollout of its coverage solutions.

All images credited to ISRO-NSIL