Qatar Airways and British Airways have completed the latest phase in the expansion of their partnership, offering global connectivity between more countries than any other airline joint business.

The airlines have added 42 new countries to their shared network, including Italy, the Maldives, Norway, Singapore, and Sweden, giving passengers enhanced access between destinations in Europe and the Middle East, Africa, Asia and Oceania. Customers will now benefit from even greater choices in prices and schedules with options for direct flights as well as connections via hubs in London and Doha. This is all part of Qatar Airways and British Airways’ plan to “Move Further Together” by enhancing the joint network and providing passengers with the best of both airlines.

The expansion will enable seamless connecting journeys on single tickets through Doha and London, bringing the total number of destinations served by the two airlines to 185 across more than 60 countries. The complementary networks uniquely access dozens of countries that no other alliance or joint business provides. The partnership also ensures access to more cities around the world than ever before, continuing to support global trade, tourism, investment, and cultural connection.

Additionally, customers will have more freedom to engage with both airlines’ loyalty programmes, earning and spending Avios, their common currency. Customers are able to seamlessly link their Qatar Airways Privilege Club and British Airways Executive Club accounts to transfer Avios between the two, and combine balances to claim rewards offered by each programme. The collaboration also offers access to both airline’s exclusive lounges, and cabins to suit all budgets and needs, including British Airways’ new Club Suite and Qatar Airways’ award-winning Qsuite. 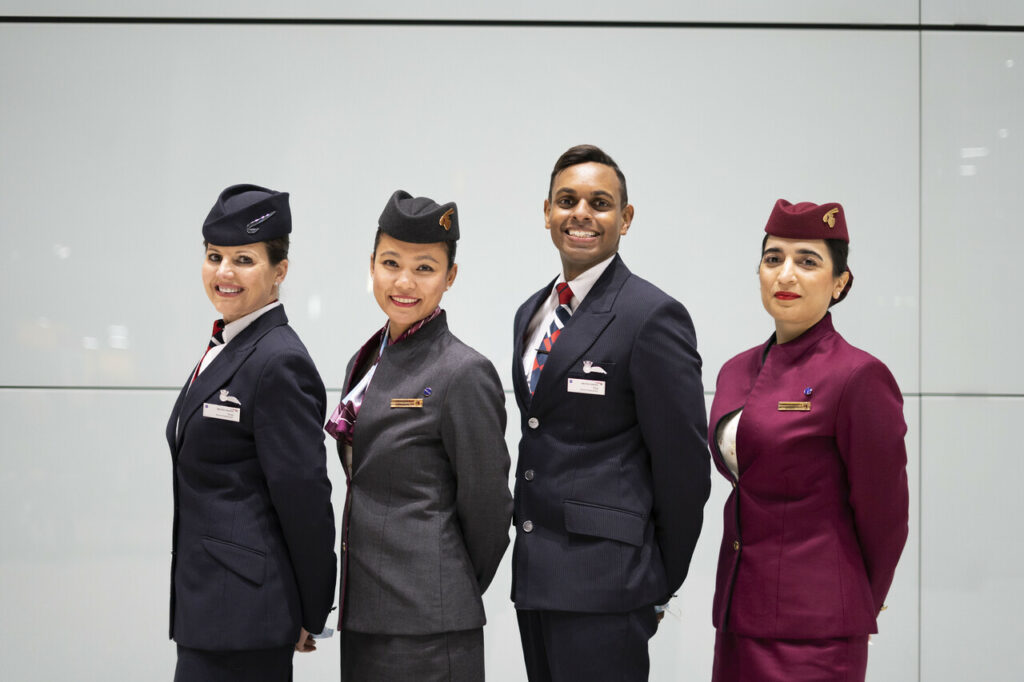 Qatar Airways Group Chief Executive, His Excellency Mr. Akbar Al Baker, said: “The growing collaboration between Qatar Airways and British Airways shows our customers our common goal to offer an unparalleled network with unique benefits. Travellers can now experience the best in quality and service as they travel across our joint network.  The joint business between our airlines cements both Qatar Airways and British Airways as industry leaders, aiming to provide the utmost flexibility and unrivalled connectivity to our customers.”

Sean Doyle, Chairman and Chief Executive Officer for British Airways said: “This is a huge milestone in our long-standing relationship with Qatar Airways, an airline that shares our passion for customer service, choice and flexibility.

“From idyllic holiday hotspots such as the Maldives and Thailand, to business hubs such as Singapore and Hong Kong, we are pleased to open up the world as the travel industry continues to make steps towards its recovery.”

Cooperation on a small number of routes remains subject to pending regulatory clearances.

As a global airline and the UK’s flag carrier, British Airways has been flying its customers to where they need to be for more than 100 years. The airline connects Britain with the world and the world with Britain, operating one of the most extensive international scheduled airline route networks together with its joint business, codeshare and franchise partners.

In September 2021, British Airways launched its sustainability programme, BA Better World, committing to put sustainability at the heart of everything it does and with a clear roadmap to achieve net zero carbon emissions by 2050. British Airways is a founding member of the airline alliance oneworld, which serves around 1,000 destinations across the globe.

British Airways flies to destinations in more than 65 countries. Its principal place of business is London, with its main home at Heathrow Terminal 5.

All images credited to British Airways and Qatar Airways