Following a decades-long track record of success as 328SSG, Deutsche Aircraft is poised to support the future of aviation with development of the D328eco™ aircraft, a fast, modern, high-flying, 40-seat hybrid green tech turboprop that is SAF compatible and features a new integrated Companion™ flight deck (based on Garmin 5000 avionics suite). The D328eco is expected to enter into service by end of 2025. 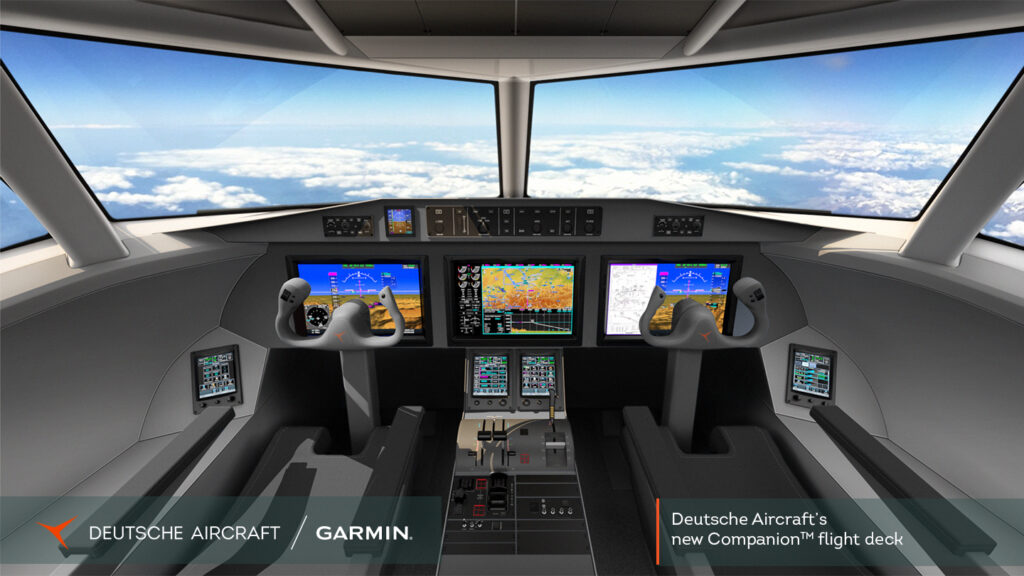 Headquartered in Oberpfaffenhofen, near Munich, Deutsche Aircraft will continue to provide maintenance and technical support to the global D328 fleet in service. Deutsche Aircraft also has plans to grow its engineering, operations, programs and supply chain teams to support the D328eco program development. The first prototypes of the D328eco will be built in Oberpfaffenhofen with the flight-testing campaign scheduled to start in 2024.

The new and state-of-the-art Final Assembly Line (FAL) in Leipzig is on target to be operational by the end of 2024. Restarting production in Germany allows the company to capitalize on the growing and immediate demand for aircraft of this size with a proven and internationally recognized platform.

“It is a very exciting time in aviation and at Deutsche Aircraft. We have a new aircraft OEM, new facilities and a growing team,” said Dave Jackson, Managing Director of Deutsche Aircraft. “To embark on this journey, we needed a strong brand that embodies our ambitions and brings us closer together. Deutsche Aircraft’s brand refers to our German aviation-engineering heritage, our environmental and sustainability consciousness, and our passion for aircraft. Our symbol, the Hummingbird, represents our values and vision. It is sustainable, adaptable and perfectly engineered.”

Founded on the proud heritage of Dornier and upholding Germany’s reputation for engineering design, quality and innovation, Deutsche Aircraft is the new purpose-driven German Original Equipment Manufacturer (OEM). As Dornier 328 type certificate holder, Deutsche Aircraft enables development of the D328® aircraft platform toward an efficient, economic and environmentally friendly aircraft, driving the future of aviation toward climate-neutral flight. With the government of Germany as partner, Deutsche Aircraft is leading the way in a new era of a cleaner, safer and more efficient aviation.

Our organization is constantly growing. Interested in joining us? We have a number of open vacancies on our website at https://www.deutscheaircraft.com/careers

All images credited to Deutsche Aircraft