For a company that has traditionally prided itself on not having the financial considerations associated with operating its own satellite network, Anuvu’s announcement that it will launch the first “Anuvu Constellation” with up to eight Astranis-made microGEO high throughput satellites might seem, on first blush, to be a tad off message.

But for Anuvu CEO Josh Marks, there is no contradiction. The economics of operating heavy GEO satellites and microGEO satellites are very different, he notes, as the latter’s principles of low-cost construction, fast build time, and fast launch time all make the economics of micro “very attractive”.

Moreover, he tells Runway Girl Network, microGEO satellites will better position Anuvu (formerly Global Eagle) to provide connectivity flexibility to airlines and cruise lines rather than “forcing all customers onto a heavy GEO satellite or a single constellation”.

It also continues the expansion of Anuvu’s layered capacity model “and lays the groundwork for a global hybrid network that will include GEO, LEO, and MicroGEO capacity”.

Manufactured by Silicon Valley-based Astranis, the microGEO satellites are extremely small, weighing 400kg with a dimension of just one-meter cubed.

The first two satellites, operating in the Ku-band, have a targeted launch date of early 2023, and will provide customers with high-performance connectivity over North America and the Caribbean.

Marks says the remaining six satellites “will be a mix of Ku and Ka”, and the firm will “make those decisions later”.

Anuvu has long touted its frequency agnosticism, and years ago partnered with Qest for mechanically-steered Ka-band antenna hardware to support Ka-powered inflight and maritime connectivity, including via Telesat’s forthcoming Lightspeed constellation. But at present, the lion’s share of its already-contracted GEO satellite capacity in aero is in the Ku-band.

Explaining the decision to diversify with Ka in the micoGEO satellite realm, Marks says: “We view LEO as an important part of our network infrastructure in the future and the LEO networks we’re looking at will all need complementary capacity in one way or another and the LEO networks will come in different bands” so Anuvu wants to leave its band options open for the micoGEO satellites to maximize the complementarity of the LEO partners it will work with. This, in turn, might make dual-band solutions virtually unnecessary. 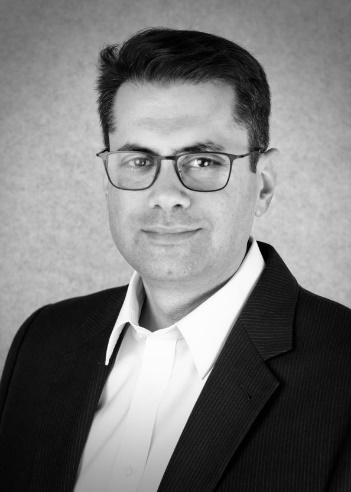 From a passenger experience standpoint, the microGEO satellites are designed to operate independently. “Our architecture will switch aircraft on and off these satellites based on requirements,” explains Marks. For example, if a lot of passengers are using the connection for social media, it might make sense for them to be supported with a  LEO network. But an aircraft that offers free inflight streaming “might operate off of micro”.

He says the microGEO satellites are designed to support a full streaming class of service on aircraft but can also coexist in an architecture where other satellites are employed for different use cases.

“The satellite world needs to move faster, and our fully managed, vertically integrated and rapidly scalable solution gives our clients the connectivity they need today and in the years to come,” he adds in a statement.

Anuvu’s customers, which include Southwest Airlines, will not require a change in antenna hardware to talk to the microGEO satellites. With electronically steerable antennas in aviation still expected to be a couple years out, Marks says Anuvu believes mechanically-steered antennas are attractive in the early stages of LEO networks “and will provide a more than satisfactory throughput”.

All images credited to Anuvu