Airbus has delivered the first A350 from its widebody completion & delivery centre in Tianjin (C&DC), China, taking additional steps in the expansion of its global footprint and long-term strategic partnership with China.

“I’m proud that Airbus successfully extended the capability of the widebody C&DC in Tianjin to the A350, the latest new generation aircraft, at such a difficult time of global aviation,” said George Xu, Airbus Executive Vice President and Airbus China CEO.

“This is a new milestone in the long-term cooperation between China and Airbus, which further demonstrates Airbus’ commitment to the country. Congratulations to China Eastern Airlines, our long-term strategic partner, for receiving the first A350 delivered from China, and I appreciate their trust in Airbus and in our products as always.” 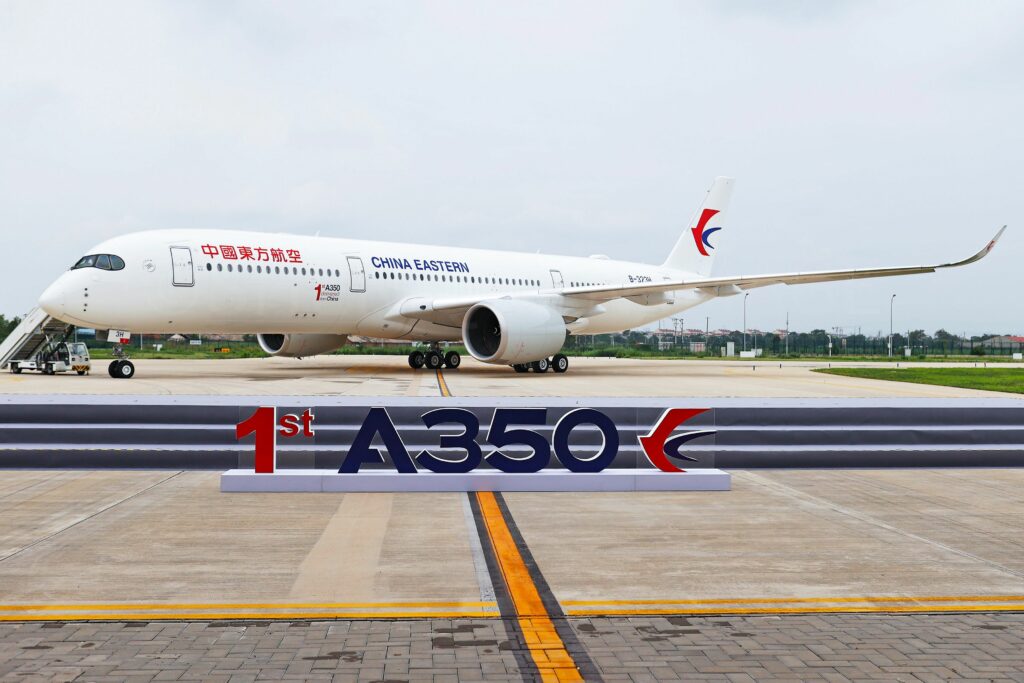 Located at the same site as the Airbus Tianjin A320 Family Final Assembly Line and the Airbus Tianjin Delivery Centre, the widebody C&DC covers the aircraft completion activities, including cabin installation, aircraft painting and production flight test, as well as customer flight acceptance and aircraft delivery.

The centre was inaugurated in September 2017 with its capability on A330s. Then, during the visit of French President Emmanuel Macron to China in 2019, a Memorandum of Understanding on the Further Development of Industrial Cooperation was signed in Beijing by He Lifeng, Chairman of the National Development and Reform Commission (NDRC) of China, and Guillaume Faury, Airbus Chief Executive Officer, announcing the C&DC would extend its capability to A350 aircraft.

The A350 features the latest aerodynamic design, a carbon-fibre fuselage and wings, plus new fuel-efficient Rolls-Royce engines. Together, these features translate into unrivalled levels of operational efficiency with a 25 per cent reduction in fuel burn and CO2 emissions. The A350’s ‘Airspace by Airbus’ cabin is the quietest of any widebody aircraft and offers passengers and crews the most modern in-flight products for the most comfortable flying experience.

At the end of June 2021, the A350 Family had received 915 firm orders from 49 customers worldwide, making it one of the most successful widebody aircraft ever. 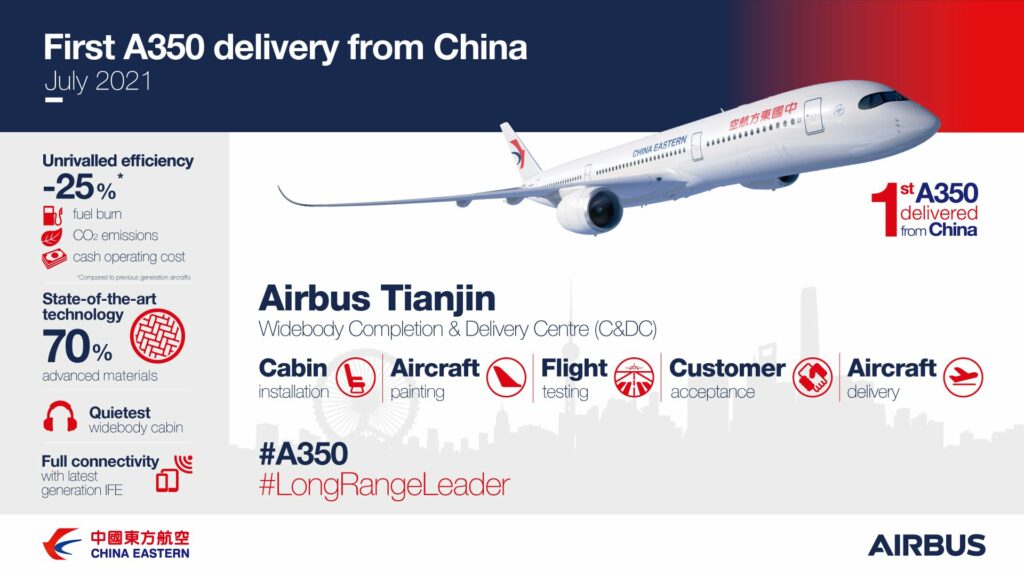 John Horsfall on updating design for the post-COVID era