The STC has been secured by Van Nuys, California-based business jet maintenance facility Western Jet Aviation and covers the installation of Collins’ KuSAT-2000 terminal on the Gulfstream GV and the G550 aircraft. Western already held certification to install the broadband solution on the G350 and G450.

“At the completion of the STC for the G350/G450 in October of last year, our GV and G550 customers were already asking when we would be able to provide them with this service,” said Jim Hansen, CEO and founder of Western Jet Aviation. “The completion of this STC allows us to offer installations on GV and G550 aircraft for the first time ever.”

A cadre of other MROs hold STCs for the terminal on various types, including Bombardier Global and Challenger jets.

Operators are certainly gravitating towards the near-global LuxStream service, which offers speeds of up to 25 Mbps in the United States and 15 Mbps elsewhere via SES Networks’ managed Ku-band satellite network.

David Mendelson, co-founder of aircraft management service PAM JETS, had an owner that was searching for a nextgen solution for international and domestic Wi-Fi service for their G450.

“We worked with the team at Western Jet Aviation and selected LuxStream. Using our platform, Western Jet Aviation achieved the required STC and we are thrilled,” said Mendelson in a PR statement published by Collins and Western. “The new system has been reliable and has outperformed. The plane is now operating 30 hours per month.”

A key part of the KuSAT-2000 terminal – the tail-mount antenna – is built by Astronics Corporation. Consequently, as business grows for LuxStream, so too does Astronics’ content. Indeed, Astronics was recently awarded a follow-on order worth roughly $11 million for its T-311-branded kit from Collins Aerospace. 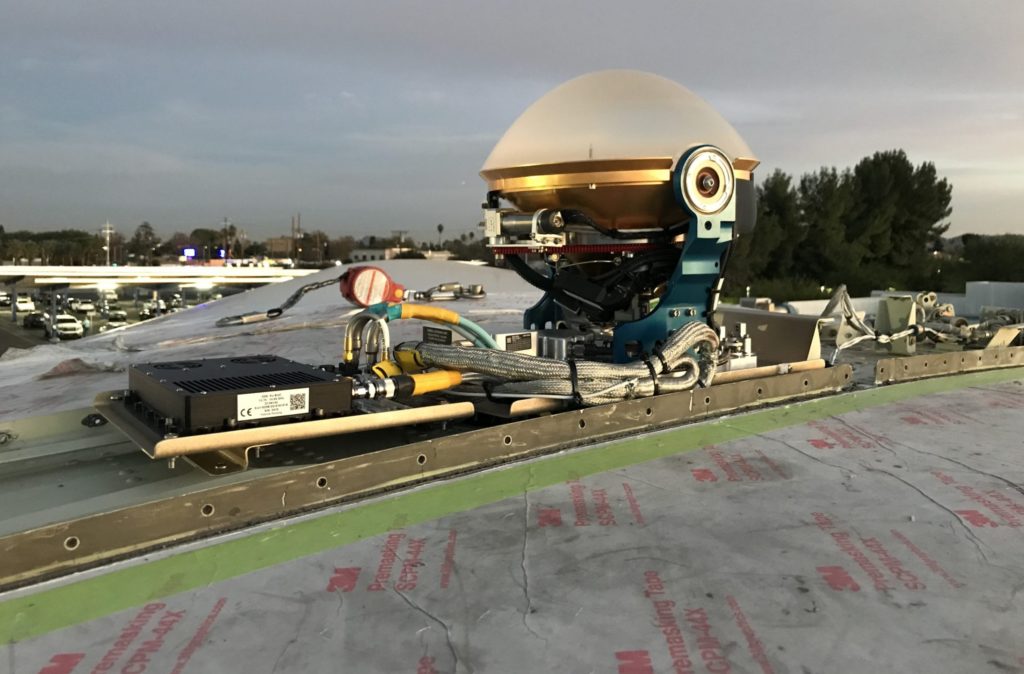 “We are excited to extend and expand the relationship with Collins Aerospace to provide best-in-class connectivity equipment for their customers,” stated Astronics CSC president Michael Kuehn in announcing the latest award.

“We believe this order validates the success of Collins Aerospace connectivity services and the performance of Astronics connectivity hardware. Improved connectivity for the business jet market has become an imperative and we are committed to providing the best connectivity capability available for aircraft with our technologies.”

Amtrak and the need for a transformative high-speed rail plan