Guests at Los Angeles International Airport (LAX) can now use their mobile device to order food and beverages from restaurants throughout the airport’s terminals, creating another way passengers can have a tailored, contactless and comfortable experience while traveling through LAX.

The new service, LAXOrderNow.com, is a collaboration among Los Angeles World Airports (LAWA), Unibail-Rodamco-Westfield Airports (URW Airports) and Grab. It is part of LAX’s digital marketplace strategy to enhance the travel experience, by allowing guests to search, browse and order food and non-alcoholic beverages from any of the dozens of participating restaurants across the airport. It also provides a way for passengers to order and pick up food without having physical contact with another person.

“LAX is leading the airport industry in developing new ways for our guests to access all the information and services they need through their mobile devices,” said Justin Erbacci, Chief Executive Officer, Los Angeles World Airports. “LAX Order Now is another step in creating that customized, seamless travel experience, while also keeping our guests safe with another touchless service.” 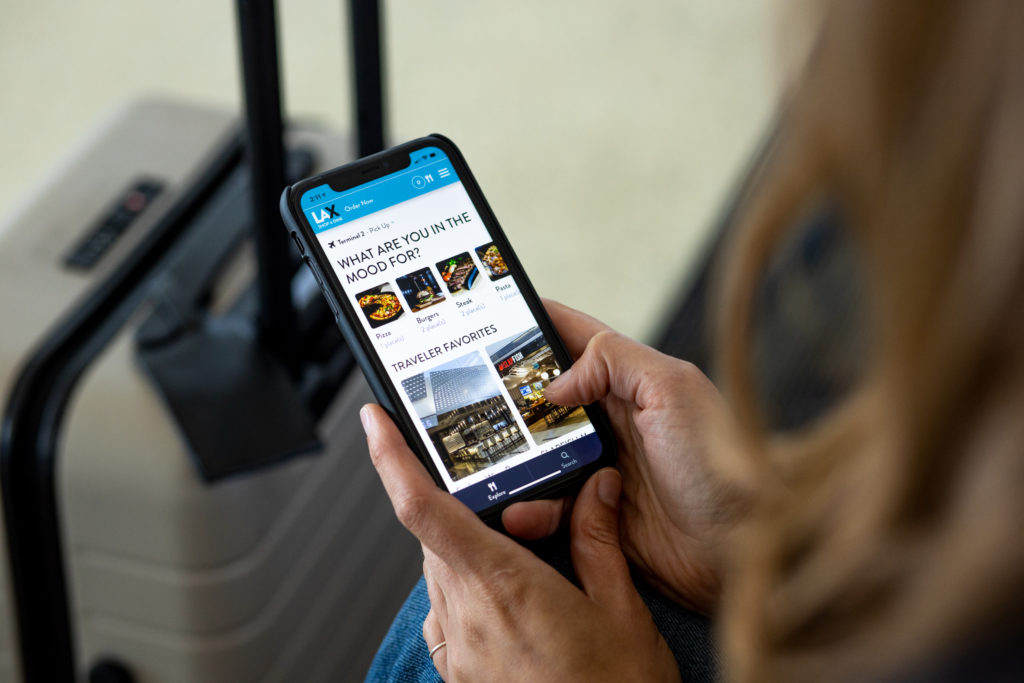 LAX Order Now is easy to use and does not require downloading a mobile app. Airport guests can simply use their camera app to scan one of many QR codes located throughout the airport or visit LAXOrderNow.com directly from their mobile device to search and browse menus from any participating restaurant. Multiple forms of payments are accepted, including, credit/debit cards, Apple Pay and Google Pay.

Guests will pick up their orders from a designated pick-up area with seals on all packaging. LAX Order Now provides order updates and alerts to users when their order is ready for pick up at one of the designated pick up locations, which are clearly marked with signs. Though URW Airports assisted in developing this service, concessionaires in seven LAX terminals – not just those managed by URW Airports – are participating in the program, marking the first time such a uniform online dining service is available at LAX.

“Partnering to keep people safe and healthy in the airport is key to restoring confidence in travel,” said Mike Salzman, EVP and Group Director, URW Airports. “LAX Order Now is a testament to how we can work together to bring new initiatives to market that create a more efficient experience, help drive sales and return airport employees to their jobs.”

There are more than 20 food and beverage locations on the platform today, and many more will be added soon. An in-airport, contactless delivery option is also planned.

The initial participating restaurants include: 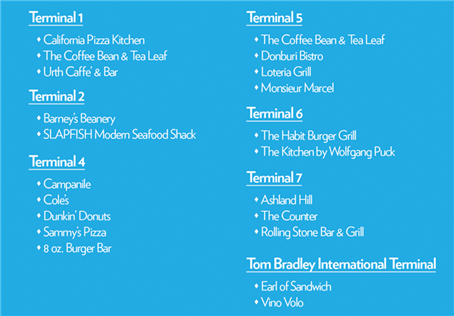 “We are excited to partner with LAWA and URW to enable contactless order and payment at LAX,” said Jeff Livney, Chief Experience Officer, Grab. “By working together with all stakeholders, LAX Order Now introduces safe, contactless commerce for guests to dine on the go while keeping safety and hygiene in mind for the entire airport community.” 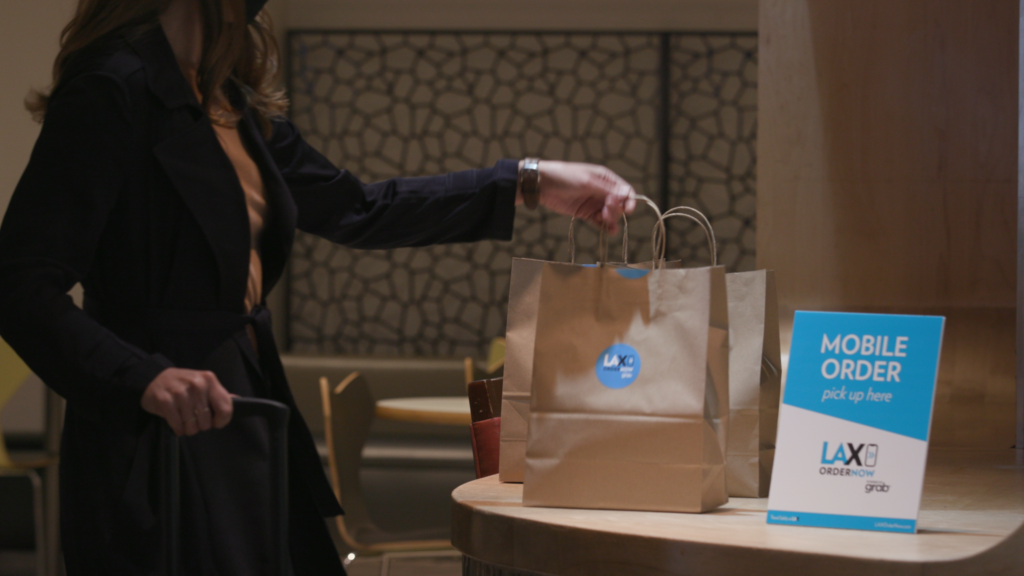 Visit LAXOrderNow.com to place your order today, and visit flylax.com/travelsafely to learn more about how LAX is helping guests Travel Safely from the curb to gate.

LAX, the third-busiest airport in the world and second busiest in the United States in 2019, is in the midst of a $14.3-billion capital improvement program that will touch on all nine passenger terminals and build new facilities, including an Automated People Mover (APM) train, Consolidated Rent-A-Car (ConRAC) facility and a 12- to 15-gate Midfield Satellite Concourse (MSC) addition to the Tom Bradley International Terminal.

LAX is part of a system of two Southern California airports – along with Van Nuys general aviation – that are owned and operated by Los Angeles World Airports (LAWA), a proprietary department of the City of Los Angeles that receives no funding from the City’s general fund.

LAWA is also a leader in inclusivity, operating eight programs that provide opportunities for business enterprises including local, small, minority-owned, veteran-owned and disadvantaged firms, and working together with community partners to offer the HireLAX Apprenticeship Readiness Program, which targets local workers to make them ready for rewarding careers in the construction trades, and the Build LAX Academy, designed to prepare small contracting businesses for success when working on projects at LAX.

LAX was named a top-10 U.S. airport by SKYTRAX in 2018, and was honored as the “Most Innovative Airport for Passenger Experience” in 2019 by the American Association of Airport Executives. LAX is the second-most popular airport in the world to appear on Instagram, according to wego.com. Other recent honors have included selection as the No. 9 Best Airport (Wall Street Journal); No. 7 Best On-Time Performance for a Mega-Hub Airport (OAG); one of “The World’s Best Airports for Business Travelers” (GlobeHunters); Public-Private Partnership of the Year (P3 Bulletin); Urth Caffe, Best Airport Coffee Concession of the Year (Global FAB Awards); Innovation of the Year, Consolidated Rent-A-Car Facility (ARTBA); Best Project, United Airlines Terminal 7 and 8 Redevelopment Program (Engineering News Record California); North American Public-Private Partnership Deal of the Year (IJ Global); and Innovative Transportation Solution of the Year, Automated People Mover (WTS LA).

As a covered entity under Title II of the Americans with Disabilities Act, the City of Los Angeles does not discriminate on the basis of disability and, upon request, will provide reasonable accommodation to ensure equal access to its programs, services, and activities. Alternative formats in large print, braille, audio, and other forms (if possible) will be provided upon request