ANA will provide versions of the headphones that have been specifically designed to meet cabin specifications, making them ideal for air travel. These same headphones were initially introduced on the Airbus A380 FLYING HONU aircraft beginning in May 2019 and the positive reaction from passengers encouraged ANA to adopt them throughout its fleet.

“We are proud that our close relationship with Sony makes it possible for us to make the latest technology available for ANA passengers,” said Hideki Kunugi, Executive Vice President of ANA. “These advanced headphones will help improve the passenger experience by making our entire in-flight library of movies, music and other media more enjoyable.” 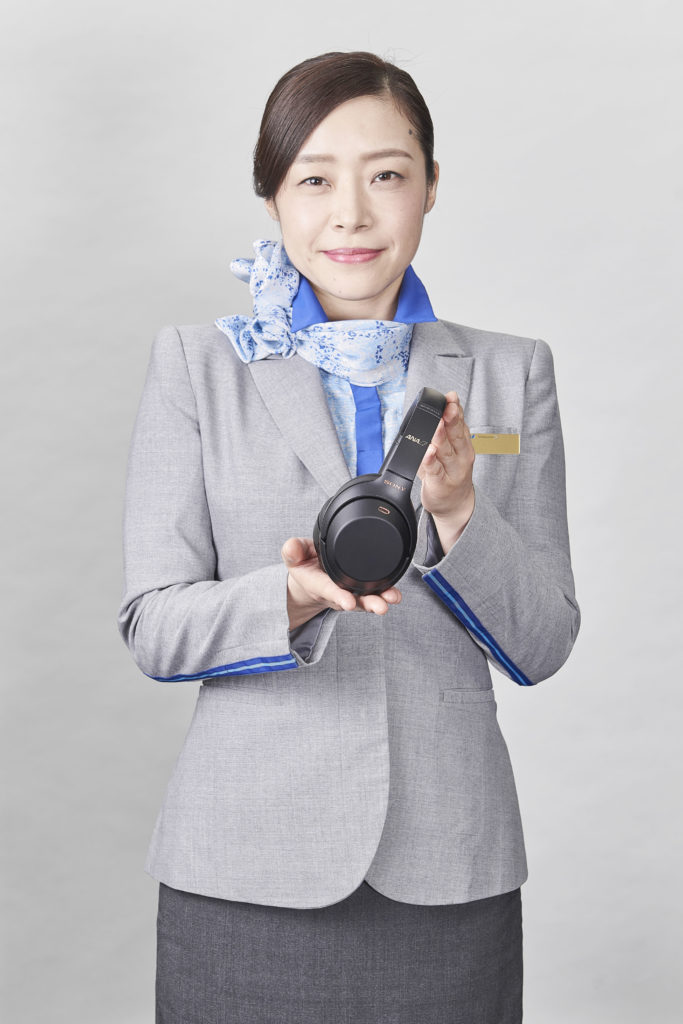 The headphones will be available to all First Class passengers on flights departing from Tokyo to the following destinations: Chicago, Frankfurt, Honolulu, Houston, London, Los Angeles, New York, San Francisco and Washington D.C.

The WH-1000XM3 headphones have the industry’s most potent*1 noise cancellation technology as well as fully integrated smart listening technology. Sony’s premium headphones boast a built-in “NC Optimizer” function that optimizes sound quality according to changes in atmospheric pressure – making it ideal for use in aircraft. In addition, the NC Optimizer even alters its sound output to sync with the contours of each individual listener’s ears. The smart technology powering the headphones also allows for it to automatically adjust to fit for the environment, creating the ideal listening experience.

ANA understands the importance of relaxation and solitude during air travel and will continue looking for ways to improve the travel experience.

*1As of December 1, 2019, according to research by Sony Corporation, measured using JEITA-compliant guidelines in headband-style noise-canceling headphones market.

ANA was founded in 1952 with two helicopters and has become the largest airline in Japan, as well as one of the most significant airlines in Asia, operating 78 international routes and 118 domestic routes. ANA offers a unique dual hub model which enables passengers to travel to Tokyo and connect through the two airports in the metropolitan Tokyo, NARITA and HANEDA, to various destinations throughout Japan, and also offers same day connections between various North American, Asian and Chinese cities.

In addition to the full service and award-winning record of ANA, the ANA Group’s subsidiary Peach Aviation Limited is the leading LCC in Japan, and has expanded following the integration of Vanilla Air Inc. in late 2019. The ANA Group carried 54.4 million passengers in FY2018, has approximately 43,000 employees and a fleet of 260 aircraft. ANA is a proud launch customer and the biggest operator of the Boeing 787 Dreamliner.