Embraer’s Phenom 300 series has been made even better with enhancements in performance, comfort and technology. In the Embraer tradition of constantly striving to deliver even more value to customers, the Phenom 300E is now the first single-pilot jet to reach Mach 0.80, offering a quieter cabin and upgrades to its avionics that include predictive windshear and a runway overrun awareness and alerting system, the first technology of its kind to be developed and certified in business aviation.

To deliver the best performance in the category, the Phenom 300E now has more speed and range. The enhanced aircraft is the first single-pilot jet to reach Mach 0.80, making the fastest and longest-ranged single-pilot jet in business aviation even faster. With the new enhancements, the Phenom 300E now delivers a high-speed cruise of 464 knots and a five-occupant range of 2,010 nautical miles (3,724 km) with NBAA IFR reserves. 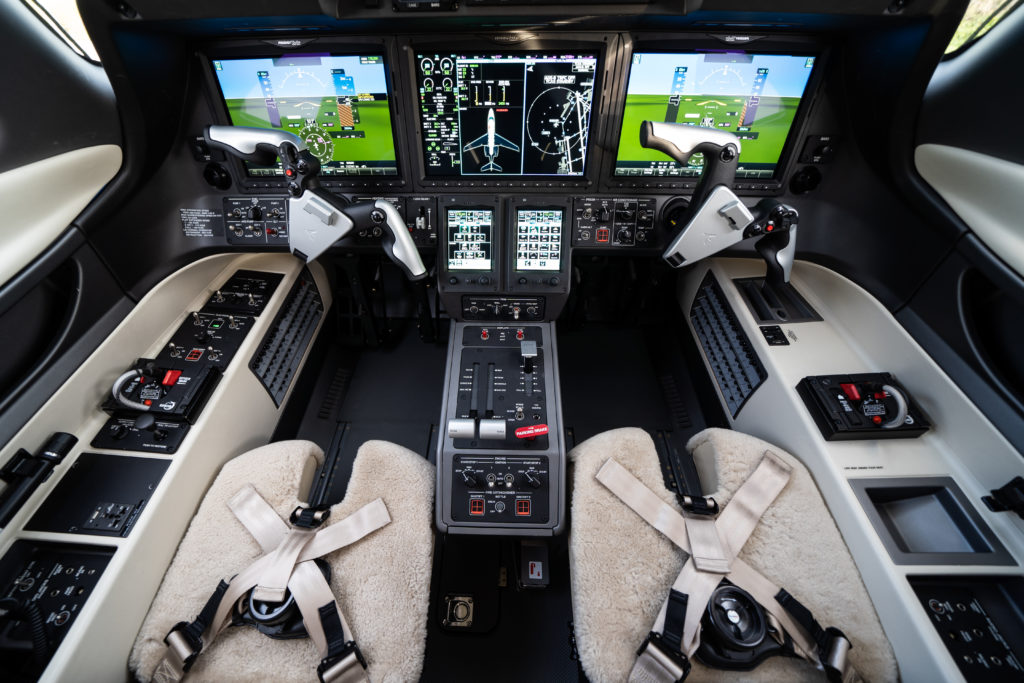 To deliver unparalleled technology in the category, the Phenom 300E is receiving an avionics upgrade to include a runway overrun awareness and alerting system, predictive windshear, Emergency Descent Mode, PERF, TOLD, FAA Datacom and many others. The runway overrun awareness and alerting system acts as an additional pilot and warns if the aircraft’s approach is too steep or too fast, increasing situational awareness. Embraer is the first OEM in business aviation to develop and certify any type of runway overrun awareness and alerting technology. New predictive windshear warns pilots about windshear conditions in advance to help them prepare and maneuver the airplane in order to best minimize adverse conditions. Additionally, the Phenom 300E now comes with a 4G connection via Gogo AVANCE L5.

“Despite the Phenom 300’s extraordinary success in the past decade, our team of visionaries is always striving to deliver the ultimate experience to our customers, which means taking an industry-leading aircraft and making it even better, faster and safer,” said Michael Amalfitano, President & CEO, Embraer Executive Jets. “Boundless imagination and intelligent engineering gave birth to the Phenom 300E, and it is with that same spirit that we continue enhancing the most popular business jet of the decade.” 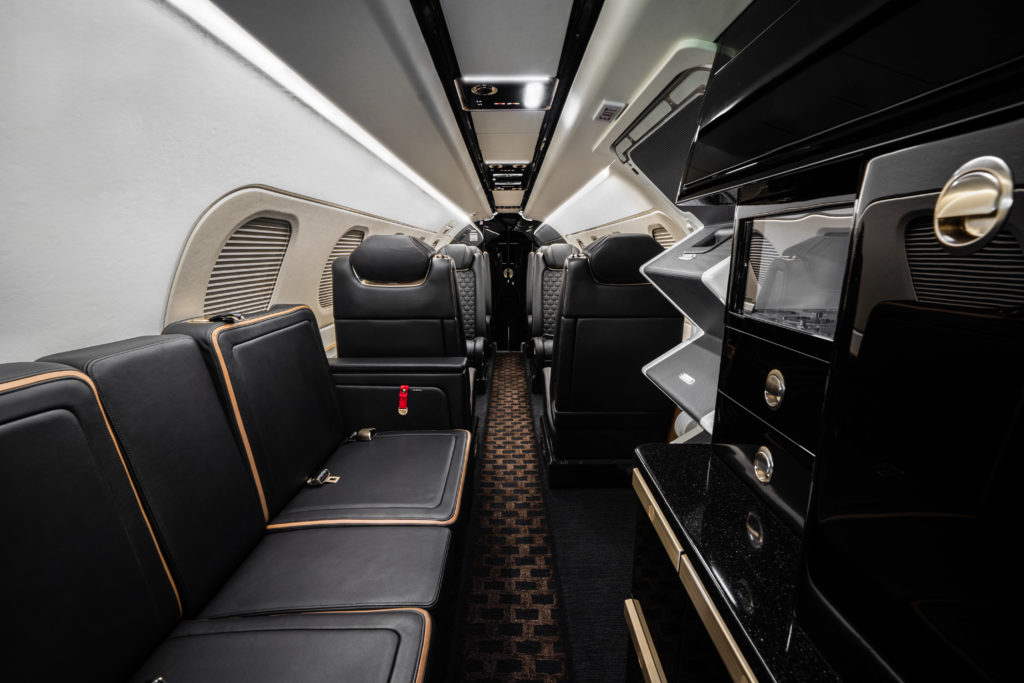 With these enhancements, the award-winning Bossa Nova Edition interior, originally introduced in 2018 with the debut of the Praetor 500 and Praetor 600, now becomes an available option for the Phenom 300E.

The premium interior features carbon fiber materials, sophisticated stitching and piano-black coloring. Inspired by the famous sidewalks of Rio de Janeiro, the custom quilted design is complemented by the tuxedo stitching and color accent details on the divan. Embraer’s latest and most advanced interior, the Bossa Nova interior in the Praetor 600 won best design in the 2019 International Yacht & Aviation Awards in Venice (Interior Design/VIP Completion category).

Deliveries of the new Phenom 300E with these enhancements will begin in May of 2020; some features are optional.

Originally launched in 2005, the Phenom 300 series has sustained more than half of the light jet market share since 2012. The aircraft is in operation in more than 30 countries and has accumulated more than one million flight hours. Embraer is continuously investing in the competitiveness of the Phenom 300E with enhancements to its performance, comfort, technology and operational efficiency. In October 2017, the new Phenom 300E was announced and entered service just five months later. The new aircraft will continue to be designated “E” for “Enhanced.” 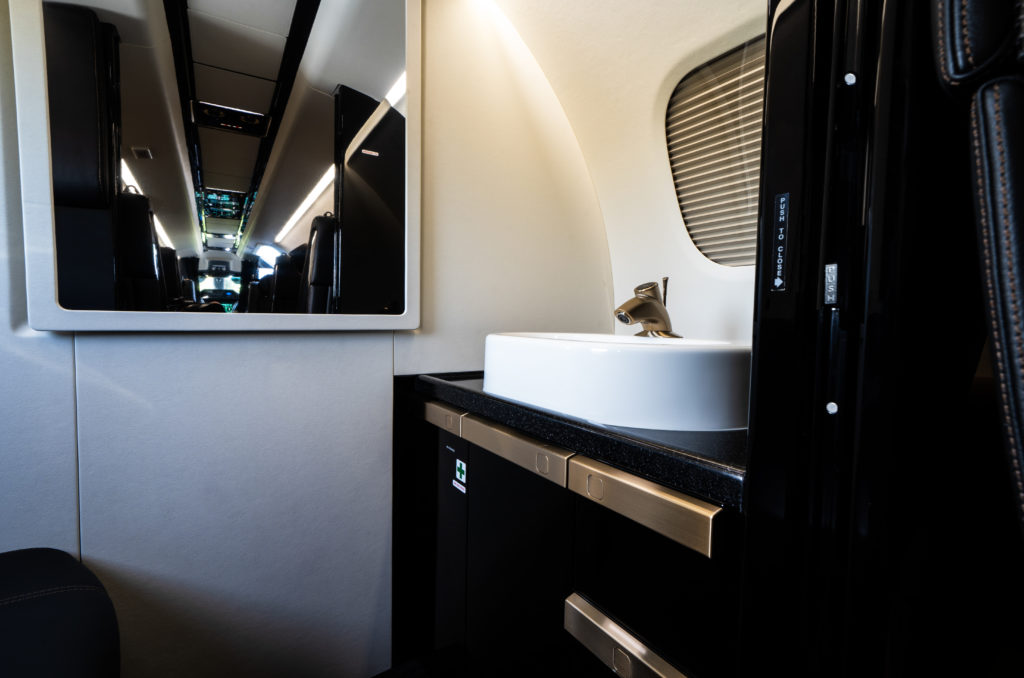 About the Phenom 300E

The Phenom 300E is the fastest and longest-ranged single pilot jet, with a high-speed cruise of 464 knots and a five-occupant range of 2,010 nautical miles (3,724 km) with NBAA IFR reserves. With the best climb and field performance in its class, the Phenom 300E costs less to operate and maintain than its peers. The aircraft is capable of flying at 45,000 feet (13,716 meters), powered by two Pratt & Whitney Canada PW535E1 engines with 3,478 pounds of thrust each. The Phenom 300E offers a spacious cabin with the Embraer DNA Design and its baggage compartment is among the largest in its category. The largest windows in the class deliver abundant natural lighting in the cabin as well as in the private lavatory. The comfort of the seats, with recline and full movement capability, is enhanced by the best pressurization among light jets (6,600 ft. maximum cabin altitude). The Phenom 300E features distinct temperature zones for pilots and passengers, a wardrobe and refreshment center, voice and data communications options, and an entertainment system.

The pilot-friendly cockpit enables single-pilot operation and offers the advanced Prodigy Touch Flight Deck, based on the acclaimed Garmin 3000 avionics suite. The features it carries from a class above include single-point refueling, externally serviced lavatory and an airstair. 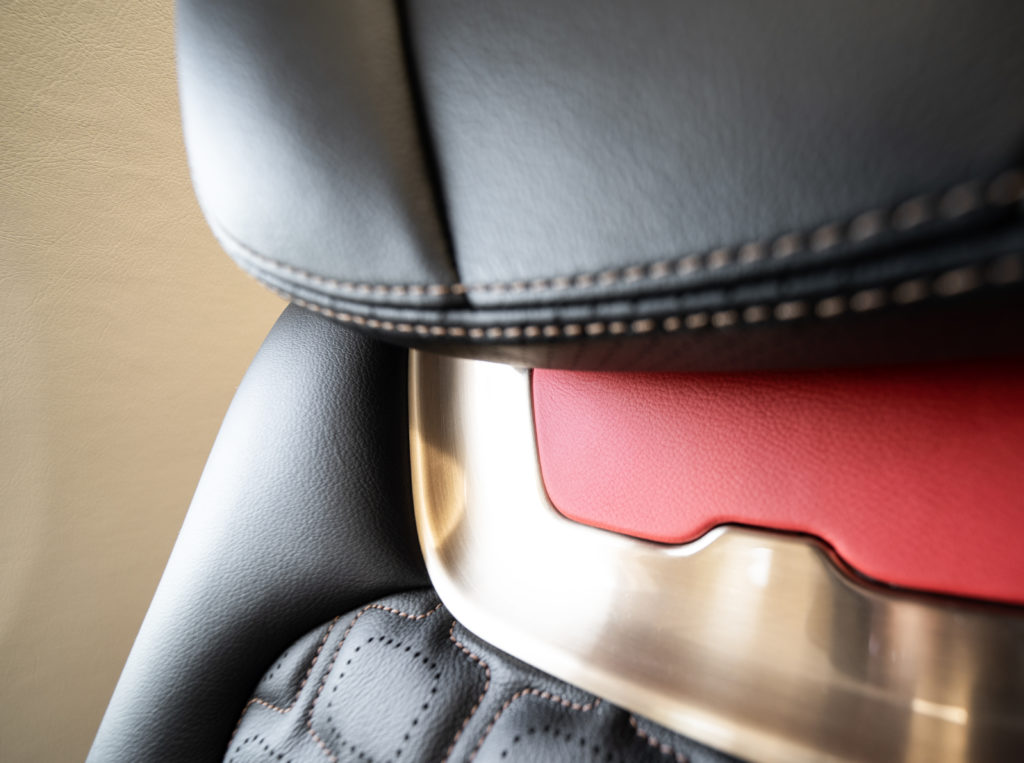