While Safran Passenger Innovations (SPI) packages traditional Inmarsat GX connectivity hardware with its RAVE and RAVE Ultra IFE system – the latter of which is now linefit offerable on the Boeing 787 and the 777X, boasting four and three linefit customers, respectively – the company formerly known as Zii has stayed well and truly clear of the service side of inflight connectivity.

Looking back, SPI feels it made the right decision. “For right now, yeah, and instead of slugging it out with all of the VARs and everybody else. You know there is the race to the bottom, which is never a good thing,” said chief commercial officer Larry Girard.

SPI cherishes its strong relationship with Inmarsat, and, as reported by RGN in April, fully expects its new ARINC 792-compliant flat panel antenna – built in cooperation with Jet-Talk – to be the first antenna certified for nextgen Inmarsat GX transmissions. “Well that’s because we are not competing with them,” said Girard in reference to the company’s positive collaboration with Inmarsat. “We are not a service provider. And right now, there’s no plans to be.”

That means SPI can focus on its electronically steerable antenna (ESA) hardware. Pointing to the nextgen flat panel antenna on display at the recent APEX EXPO in Los Angeles, Girard said some key changes have occurred since SPI first displayed the new antenna. “One is that the corporation has approved a very heavy investment in getting this on an airplane,” said Girard. 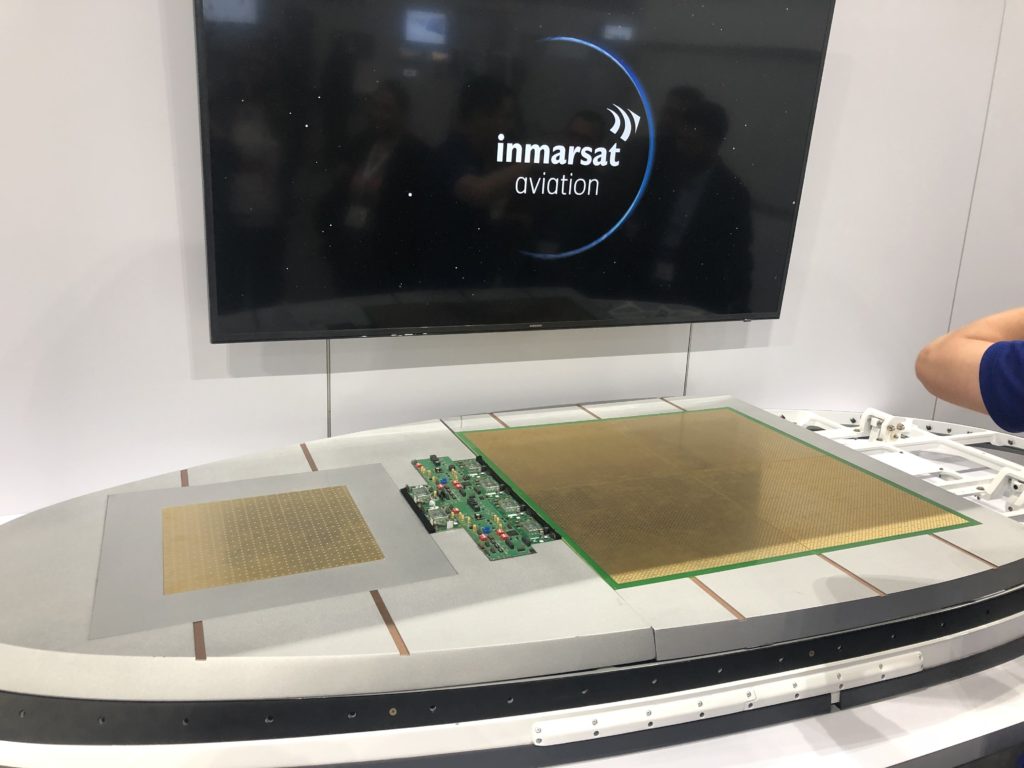 But beyond SPI’s internal work, he said, “it turns out that Inmarsat has, lo and behold, done a couple of things that I think combined will make this [solution] absolutely transformational.”

Chief among them is Inmarsat’s decision to provide Arctic coverage, with the planned launch in 2022 of two new GX payloads. “Now that we have that coverage, the one disadvantage of this antenna has gone away,” said the SPI executive, noting that the antenna can track multiple satellites at the same time, “so now all of a sudden, with the two Elliptical polar orbiting satellites, we will be able to deliver unprecedented connectivity to aircraft flying over the poles. So, I’m exceedingly excited. I mean, Phil Balaam, the president over at GX [Inmarsat Aviation], basically when we chatted his words were, ‘with these satellites and this terminal it becomes transformational.’ And I really believe it.”

He added, “Also because of these satellites we can now make this [array] smaller again. So I can reduce this, which reduces heat, reduces power, reduces weight. I mean everything just starts to get crazy good.” 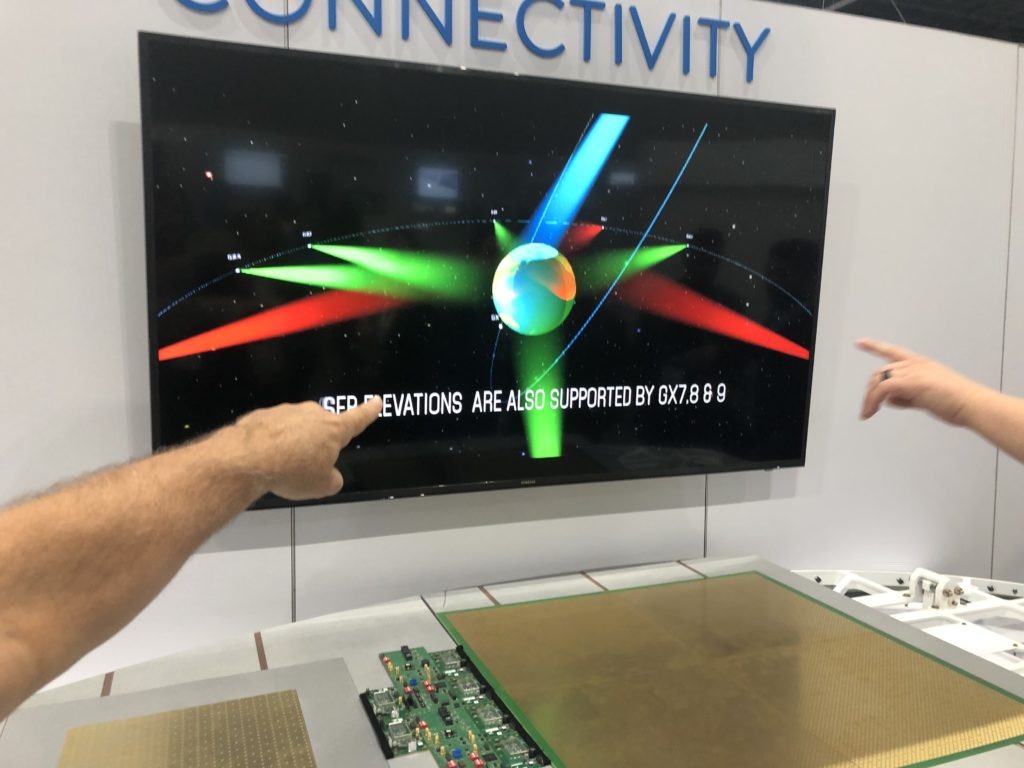 The blue is the elliptical orbit of the two new GX satellites, which will launch in 2022.

Could SPI make the antenna talk to Ku-band satellites to support dual-band functionality?

“That’s part of the reason I am saying this” that SPI can make the array smaller, said Girard. “So if this array becomes a third of the size, now I have room for a Ku array. So now, I’m Ku, Ka all in the same panel. And we are not working towards that right now, okay, we are focused on Ka and we are focused on getting GX up and running with this. I think we have 600 aircraft in backlog in GX [traditional Honeywell JetWave installs].”

While the SPI nextgen antenna is being built to be 792 compliant for linefit offerability, the antenna footprint displayed at EXPO was ARINC 791 “and so the idea behind this is, again, we have like 600 aircraft in service and the idea behind this is that we can pull off whatever existing [antenna] might be on there, put a new antenna and use the same radome. And then if you’re going on a new installation, this [would be] 792.”

Because SPI’s RAVE Ultra IFE system is now offerable on the 777X and on the 787, the OEMs “are getting also very, very excited about how we accelerate this, including Inmarsat” to ensure the flat panel antenna will be linefit offerable with the new IFE system, he said.

On an aside, SPI (then Zii) was the first company selected by Airbus as a High Bandwidth Connectivity (HBC) provider for traditional GX hardware, which meant that its particular package – inclusive of the JetWave terminal – is provided as buyer furnished equipment on Airbus types. SPI’s solution is also provided as linefit for the A350 platform, and is paired with RAVE IFE. So the firm is increasingly well positioned on both sides of the pond.

“We like what we are doing here,” admitted Girard. He added teasingly: “We are going to try and get into more services but still not in a competitive way with Inmarsat. So there is some brand, brand new stuff – and I really am not ready to talk to you about it but I will soon – but I think for us it starts to become a game changer. It starts to become the next thing in how we start to really create an experience  for passengers.”