In 2013, Rockwell Collins bought aerospace communications specialist ARINC, adding several important services to its already broad portfolio. Then, in 2017, Rockwell Collins acquired cabin interiors powerhouse B/E Aerospace. And yet the three organizations together seemed not to make a whole. It was not uncommon to accept a Rockwell Collins business card from an executive, while being told, “I’m really ARINC” or “I’m B/E, but I was acquired.”

That changed on 26 November 2018 when United Technologies Corporation acquired Rockwell Collins, merging it with UTC Aerospace Systems (UTAS) to create Collins Aerospace. The new company, which offers everything from undercarriage legs through connected cockpits to vacuum toilets is now looking at marrying some of its proficiencies and integrating solutions on a deeper level, including for business aircraft operators.

May’s EBACE show in Geneva was among the first opportunities for people variously acquired and merged to appear before a business aviation audience under the Collins Aerospace banner. Many of the executives on the company’s impressive stand were meeting for the first time, yet there was an air of excitement, of partnerships to build and opportunities to grasp.

In a bid to better optimize solutions for business aviation, Collins Aerospace has been “talking to our completion centers and MROs about how we reduce risk in their procurement and engineering journey by integrating for them, enabling them to buy from one trusted source,” says Mark Zimmerman, director, business development V/VIP & HoS Solutions, who works the upper end of the executive aviation business, including for head-of-state customers.

“We’ve introduced ourselves to one another here on the booth. We’re in our infancy, learning the products and defining how we jointly take them to market. We’re looking at integrating product solutions no one previously thought of,” adds Zimmerman.

For instance, a customer might want a seat with an integrated inflight entertainment/cabin management system (IFE/CMS). “Previously an MRO might have done the integration, but now we can provide a system of seat, screen and IFE/CMS,” notes the Collins Aerospace executive. 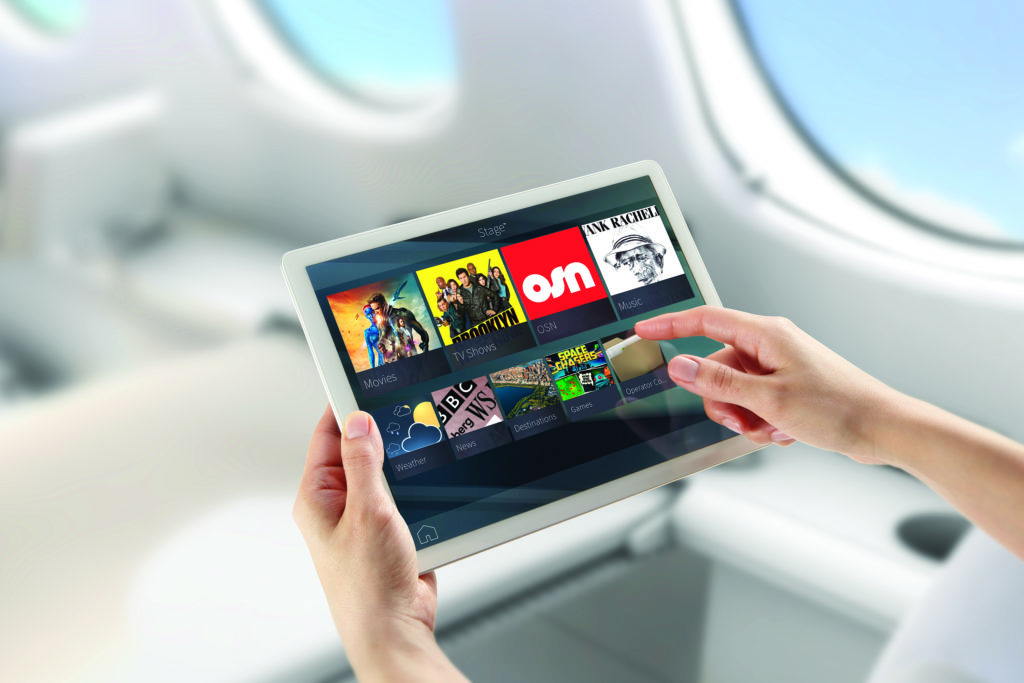 Chuck Barresi serves as vice president and general manager of the Executive Aircraft Seating Division of Collins Aerospace. He is immersed in one of business aviation’s greatest contradictions – cabin seating, which combines the age-old skills of stitching and upholstering, with the disparate regulatory requirements of the digital age. Once he may have described himself as ‘ex-B/E’, but today he’s very much Collins Aerospace. He sees seats, cabinetry and IFE/CMS as key cabin items because these are what the principal directly interacts with; and they all fall under the Collins Aerospace umbrella.

Considering complete cabin solutions, Barresi mentions Collins’ wood veneer business, acquired via the UTAS route rather than through Rockwell Collins. It’s a perfect example of the melding of capability within Collins Aerospace. “The offering includes a new line of lightweight three-ply veneers with an aluminum core,” he explains. Lighter by around 25%, the new-technology material stems from the long-established Carl Booth outfit, acquired by Goodrich and subsequently UTAS, and now another element in Collins’ complete cabin solution offering. 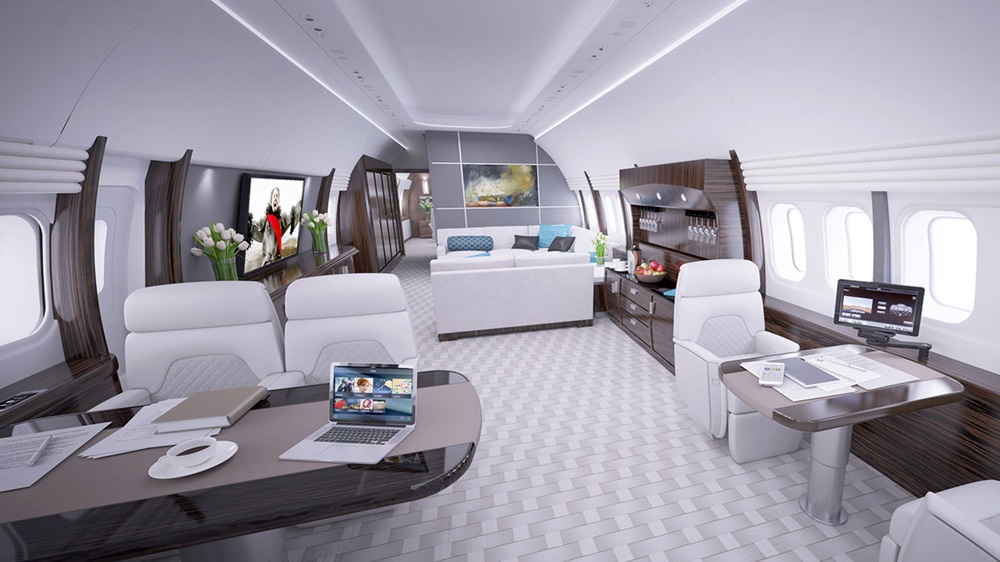 Barresi reckons there has been a clear improvement in cabin quality across the industry over the past decade or so, and says the reliability of Collins Aerospace’s seats is assured thanks to testing pioneered with B/E’s super first-class airline products. “We have cells in Miami where seats are run constantly, with hydraulic rams lifting a weighted dummy and dropping it back down, operating armrests or reclining seatbacks, thousands of times, revealing any problems ahead of time.”