Dr. Suzanne Kearns, Aviation Professor and author at the University of Waterloo, decided at an early age that she wanted to be a pilot. She started flight training at 15 years, and got her pilot license at 17. After going to college to learn to fly helicopters, she was faced with one of the challenges for women in aviation: job conditions that were designed expressly for men.

“In Canada, most entry-level helicopter pilot jobs are in Northern Bush camps and those camps rarely have facilities for men and women,” she explains to Runway Girl Network. “Those were some of the challenges of being a female and trying to get a start as a pilot at the time.”

This didn’t discourage her from pursuing her passion for aviation, though. She went to Embry-Riddle Aeronautical University to pursue a bachelors in aeronautical science. After the death of a fellow student during a training exercise, Kearns decided to pursue a Masters in human factors. She then returned to Canada to complete her PhD in education.

“My focus is on the combination of these things: How do we teach safety skills? How do we promote safety? How do we help people understand their own natural limitations and create the most efficient training programs possible to keep people safe in their professions?” she says.

RGN asked Kearns to weigh in on the future of cockpit automation and its impact on pilot training and the pilot career.

“What we want to do when integrating automation is to choose the lowest level of automation possible that helps a person accomplish the task,” she says. “As you progress from the lower levels of automation to higher levels, there begins to be a shift in authority away from the person and towards the automated system. On paper, people may think that’s a great idea. Why not offload all of the tasks to the automation, and the humans can handle other things? But the challenge is that the more authority the automation has, the more difficult it is for the person to step in when something does go wrong. It can lead to people becoming de-skilled over time.”

She continues, “Generally, what happens is that if automation does fail, it results in complicated and difficult circumstances. It’s something that someone couldn’t have imagined and, if they are de-skilled, when that automation fails, they’re thrown into the most complicated of all of the situations.”

When it comes to AI and one-pilot operations as a solution to a pilot shortage, Kearns says the hurdle may not be technological but human factors. “The most common pushback I hear is that pilots think that the idea of being alone in a cockpit for a long time is an unpleasant work environment,” Kearns says.

Another concern is whether passengers themselves will accept a single-pilot flight, which is why the first single-pilot operations may be in cargo operations, supported by a command and control data link to a remote pilot station. “A lot of it will be driven by how quickly and how efficiently we can produce competent pilots as well,” she notes.

There are advances happening in training which might help address the pilot shortage and airlines are now offering more attractive career tracks. “What we’re seeing is a shift to investing in the training and the efficiency of training, to look at how you can produce confident pilots in the most efficient way possible. We’re seeing a lot of parts of the world that are in the most desperate need for pilots, moving completely towards MPL – multi-pilot licenses – where they can get a person with no aviation experience to being a functional first officer in 18 months.”

There is also a quick progression in North America, with some airlines recruiting people directly out of college and university programs. The US does, however, require that first officers have 1,500 hours of accrued flight time.

“I’ve been a professor for fifteen years, and I think for the first ten years, at least, it would be hard to encourage someone to join the industry. In our programs, you’re paying $100,000 for an education and yet when you graduate you’d make $15,000 or $20,000 a year – you’re making poverty level wages. That’s a hard thing to encourage a really smart, passionate person to get into. It’s not like that any more. Our students, when they graduate, they are earning livable wages from the beginning and they advance very quickly into very attractive salaries.” 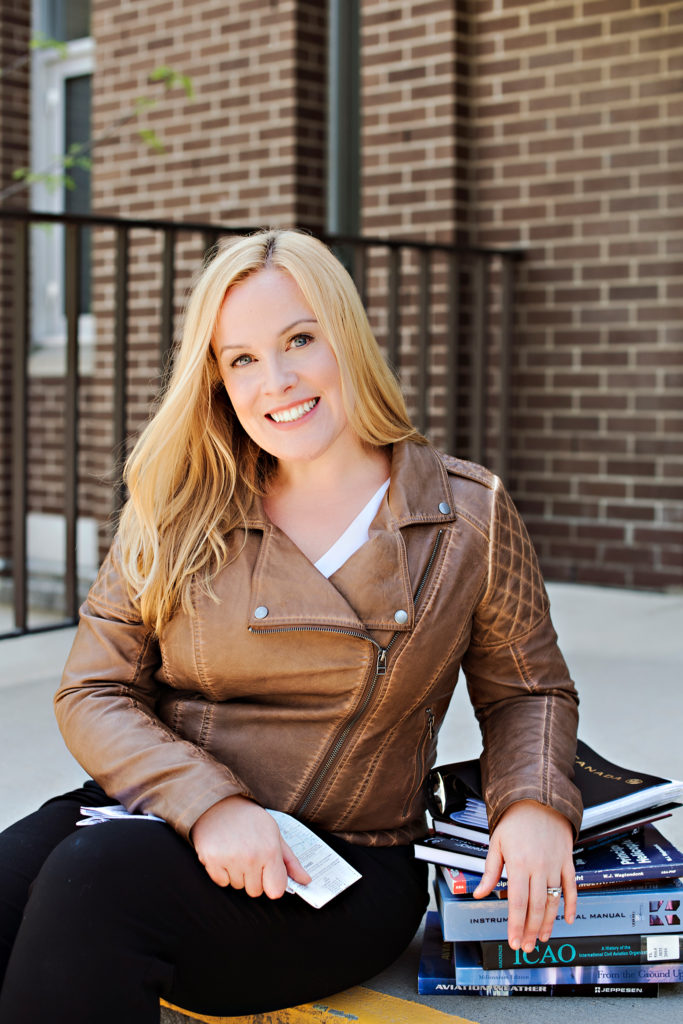 The more authority that automation has, the more difficult it is for a pilot to step in when something does go wrong, according to Kearns. Image: Dr. Suzanne Kearns

Encouraging more women to become pilots is also likely to help boost the labor pool. Even now, with many programs in place to promote women in aviation, Kearns says she sees about 20%-30% women in the average 280-person pilot program. But she believes ongoing industry initiatives to encourage women in aviation are paying off. She also credits ICAO for setting a firm target for gender balance.

“It was the first time I’d ever heard anyone in aviation actually set a goal of 50/50. Before that, it was like people thought it was impossible; couldn’t be done,” she says. “I’ve seen a real, coordinated effort, from all parts of the industry, to open up those doors and make it more appealing. There are scholarships, outreach, funding programs, mentorships, awarding women who have done well in the industry as role models. We’re seeing a tremendous variety of initiatives, which is really encouraging to see.”

Even so, Kearns recognizes that there are gender issues in the industry that can impact the safety of operations. This is particularly the case with cabin crew, who have to maintain a balance between customer service and authority. Kearns says airlines must address this imbalance if they want to ensure passenger compliance with safety instructions during emergencies and to manage the unruly passenger crisis.

“You’re trying to exert authority, but passengers get mad because they think that you’re there to serve them. How do you find that balance where you get the respect while also providing the service? I don’t have an answer to that, but I think it is one of the fundamental conundrums of the way the flight attendant profession has evolved over time,” she says. “As long as the flight attendant role is trying to accomplish that nearly impossible balance of customer service and authority, you are going to encounter people who have difficulty aligning their mental perspective on whether it is one or the other.”

While Kearns says there is no easy solution, she believes that perhaps the approach some airlines already take, breaking up cabin crew on larger aircraft into safety officers and flight attendants—with a head flight attendant for customer service and a head for safety—might help.

Over her career, Kearns has authored many papers and books on the topic of human factors in aviation safety training. Her most recent book focuses on strategies for recruiting a future generation of aviation professionals.

She believes that addressing the staffing shortage that aviation faces will require the industry to re-think it’s approach to recruiting and education, by presenting all of the opportunities available to students from the start, rather than focusing solely on a specific career track.

For example, about half of those who start on a track to become pilots may drop off before graduation. “So often those people are passionate and they love aviation, but when they decide not to be a pilot they don’t know what else to do and they leave the industry entirely,” she says. “I find that heartbreaking, especially when we have such a critical need for young people.”

Even those who might not think of working in aviation could find that there is a need in the industry for their specialization.

“No matter what job you want to have, you can do that in aviation. We need aviation lawyers, and we need business people. We need mechanics and also scientists, aviation medical doctors. I think the core foundation of aviation education has been hard to people to access because it is linked to a profession – like air traffic control or pilot,” she says.

“You can do anything that you set your mind to. Aviation has such tremendous opportunities right now. It’s a unique time for our industry. It used to be that you could be really passionate about aviation but there were a lot of barriers to get through to actually get a job. Today, that passion really aligns up with an opportunity and a need. It’s interesting because the senior folks in the industry are working on how do we manage this personnel shortage – we’re all working really hard and scrambling, trying to figure it out as a problem – but for young people it’s the opposite. It is a huge opportunity. They can move very quickly into a career that they could find really fulfilling and exciting.”

Even those who object to aviation because of its carbon footprint, may find rewarding careers supporting the industry’s environmental initiatives.

“It’s one of the biggest emerging careers. It’s huge,” Kearns says. “ICAO is implementing carbon neutral growth from 2020. They have set a goal of never surpassing that and there are a basket of measures that they will put in place to accomplish that goal, but it’s going to require a huge group of professionals who know what that means and how it works. If people think they don’t like aviation because they view it as a polluter, then I say come help us be part of the solution.”