Flame Distribution is launching over 240 hours of new content this spring ahead of Seatrade Cruise Global in Miami and APEX Multi Media Market in Dublin. The varied slate acquired from around the world spans genre from factual, lifestyle & reality, kids to documentary.

Some of the highlights include Seven Ages of Elvis (Raydar Media & Fireball TV), Sky Arts’ highly acclaimed documentary looking, forty years on from his death, at the legacy of Elvis Presley through the lens of seven key stages of his life.

Appetite for Adventure! (The Posh One Studios) is a hybrid lifestyle series that blends cooking, adventure, fashion and travel!

From the kind of strange to the just plain bizarre, one-off documentary America’s Most Unusual Festivals (Moshman Productions) explores the craziest annual celebrations that the USA has to offer.

Science series The Curious Mind (Ruckus Media) explores the miracles of the human mind with the help of Baby X, one of the most advanced Artificial Intelligence models on the planet.

The second series of travel programme My Greek Odyssey (The Rusty Cage) skips from island to island, taking in the sites of Greece’s Northern Aegean and Western Cycladic.

Thomas Gould, VP Content Sales, Worldwide Transport & Digital at Flame Distribution, who will be attending both Seatrade Cruise Global and APEX Multi Media Market, commented: “Flame is excited to bring another diverse slate of content from around the world to Transport buyers worldwide. We know that our clients will love the new content we have on offer as well as the returning series which perform so well with global audiences.”

Flame Media is an international television production and distribution company specialising in high quality factual entertainment and documentary content. We work with producers and buyers from around the world to deliver the best quality content for audiences across platforms. We are involved in the development, finance and co-production of content for the international television market. We currently work with 180 content producers from around the world representing over 3,000 hours of their content.

From the sort of strange to the just plain bizarre, America’s Most Unusual Festivals explores the craziest annual celebrations that the USA has to offer. If you’re lucky enough to be in the right place at the right time, you might just find yourself in a hunt for dangerous reptiles at the Rattlesnake Roundup in Texas or witnessing some egregious public nudity at Mooning Amtrak in California; stumble onto Mike The Headless Chicken Festival in Colorado or the nearby Frozen Dead Guy Days — commemorating a deceased Norwegian who’s been buried under nearly a ton of dry ice for over 25 years. There are also Pierogi Fest in Indiana, or the always popular Cheese Days in Wisconsin. Or might get inspired to walk by the Stand Still Parade in Minnesota or enter your facial hair in the International Beard & Moustache Competition in Portland, Oregon. Moshman Productions/ 2019 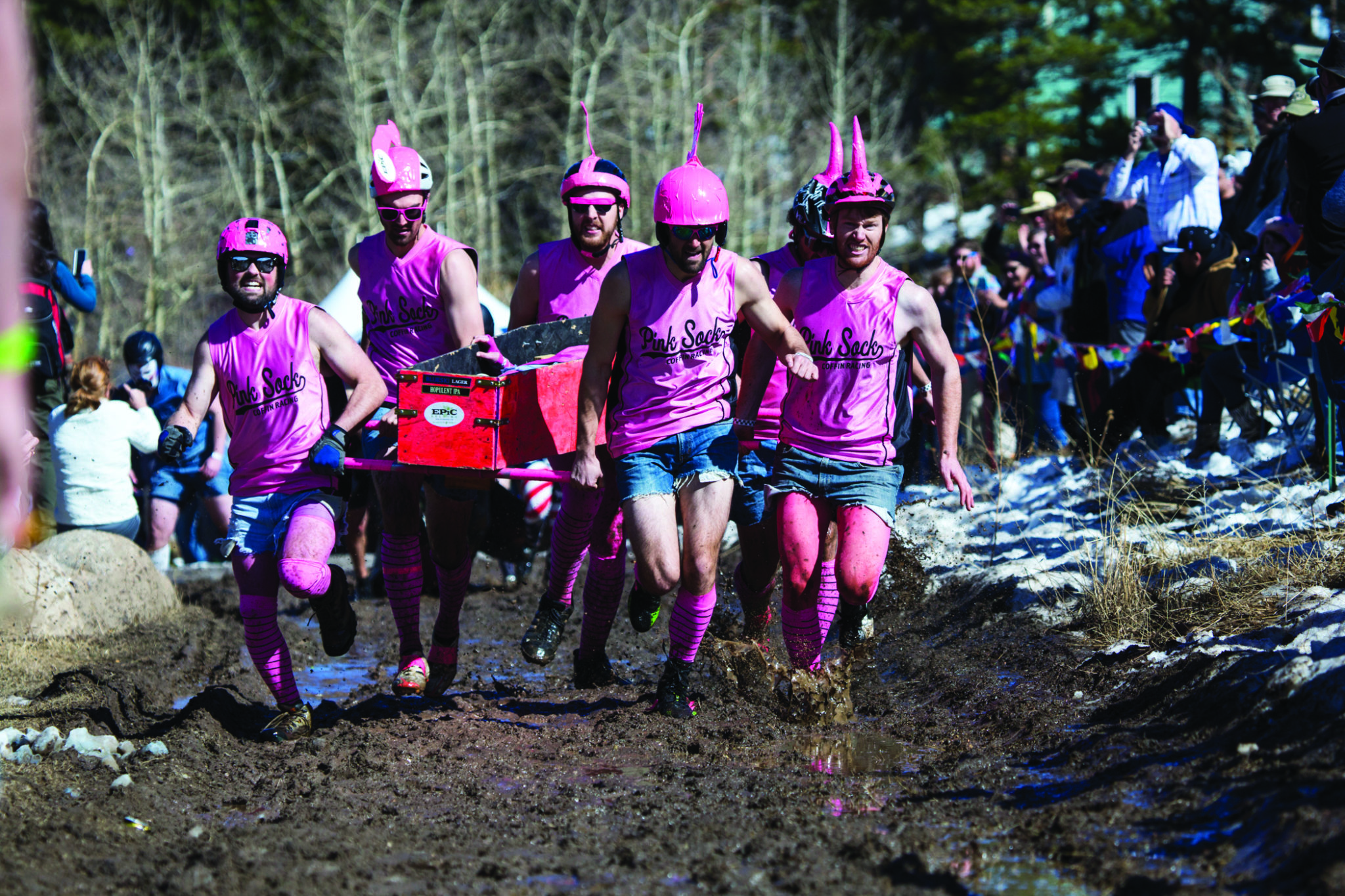 Join series host and seafood enthusiast, Stephanie Harris-Uyidi, for a full season of shows as she travels to exotic locations to take on new adventures and creates fabulous pescatarian meals using local seafood and ingredients. She also does a bit of shopping along the way! Stephanie’s reputation for making fresh, sustainable recipes, combined with her status as a health & fitness icon inspires thousands of fans around the world to eat well & get fit pescatarian style. Produced by The Posh One Studios/ 2015 & 2018 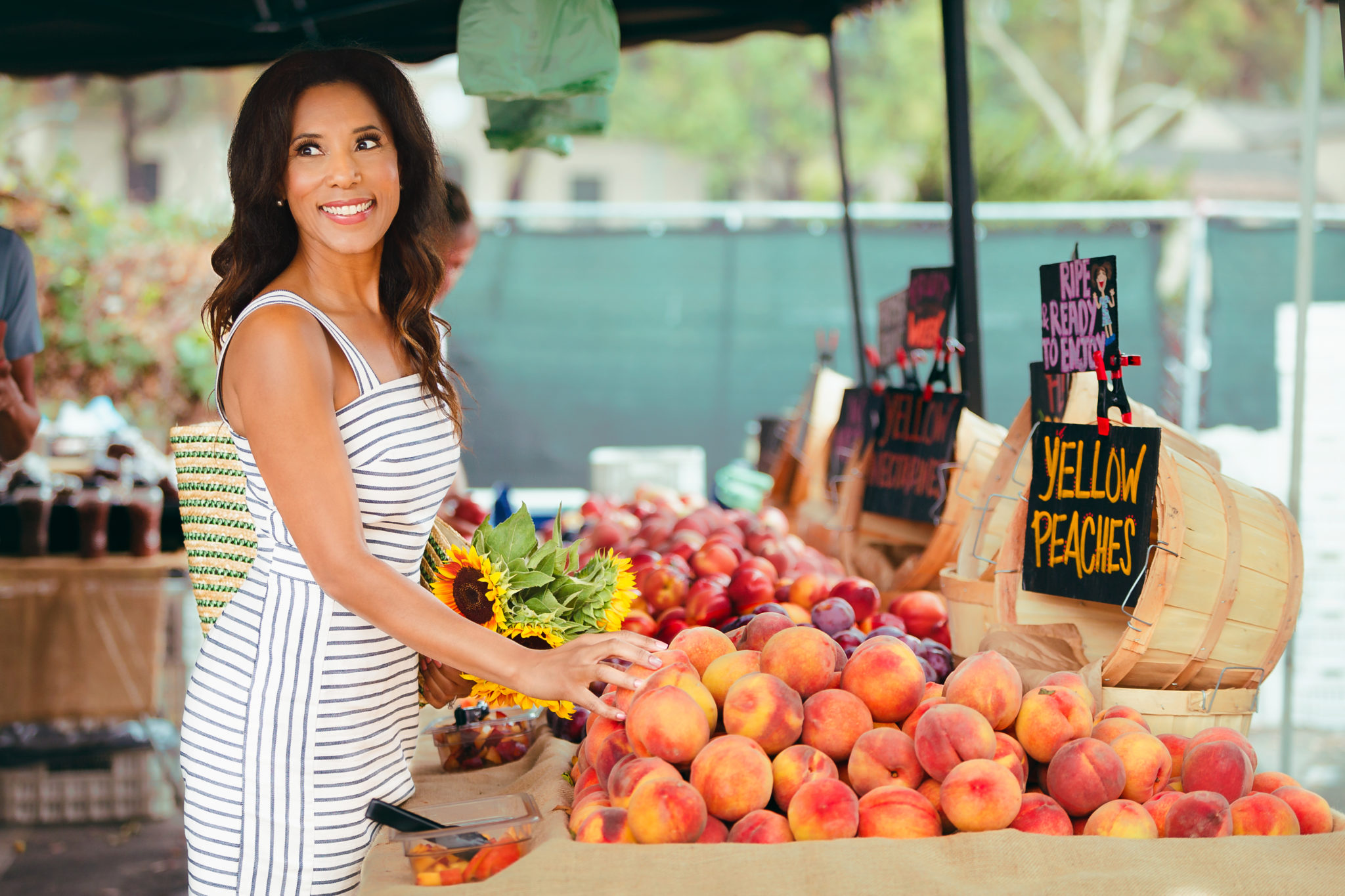 There she meets Irish ex-pats who have carved successful careers and made fortunes working in these glittering wonderlands. Waddell Media for RTE Ireland/ 2018 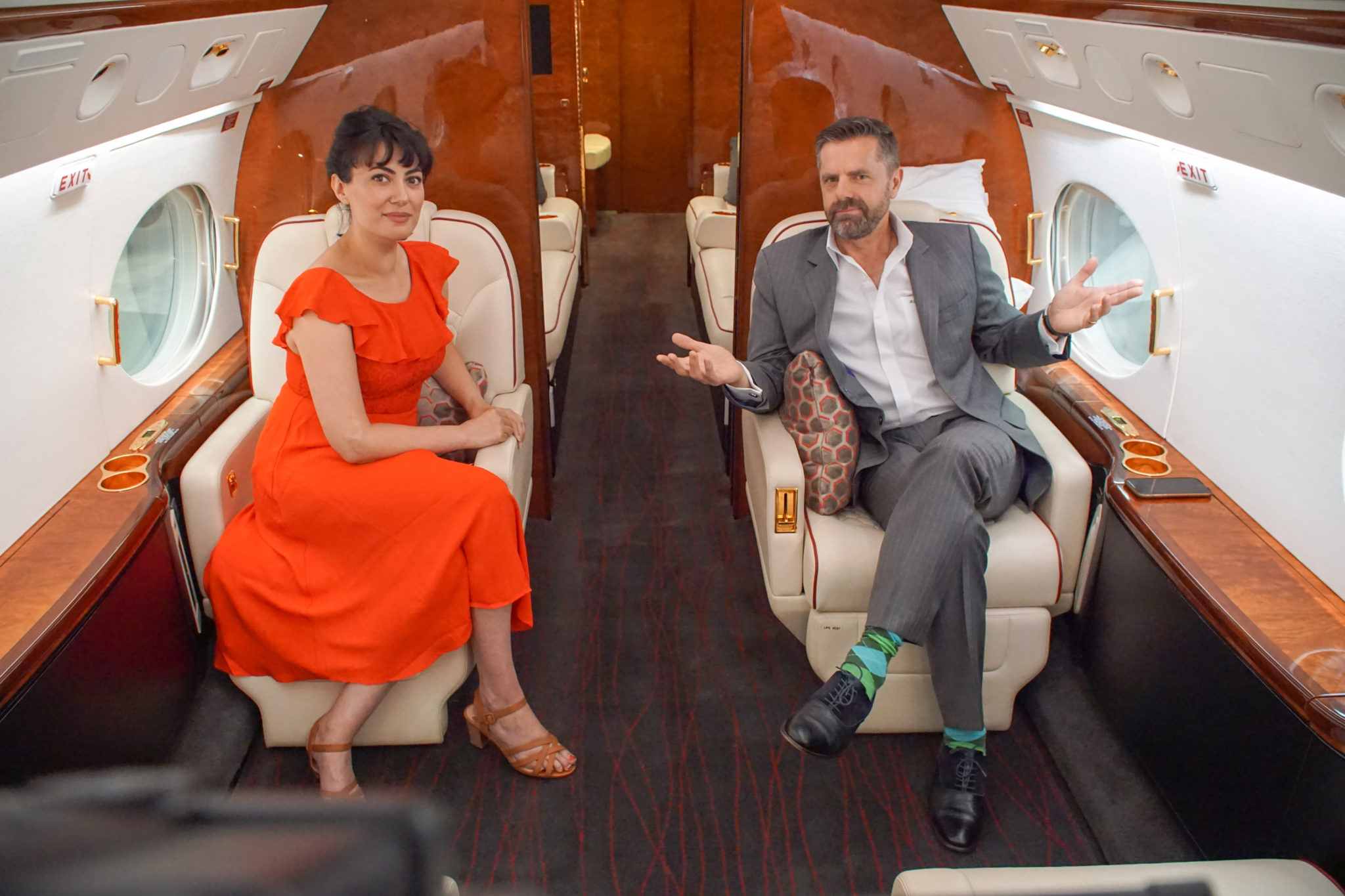 The Curious Mind follows Nigel Latta on a fascinating journey to explore the miracles of the human mind with the help of BabyX, one of the most advanced Artificial Intelligence models on the planet. While our journey to fully understand the human brain is in its infancy, major breakthroughs have been made in discovering what the brain is capable of. This series shows the astounding things neuroscientists now know about our brain and explore how these discoveries can improve the way we live our lives in this modern busy, stressful world. Ruckus Media for TVNZ/ 2018 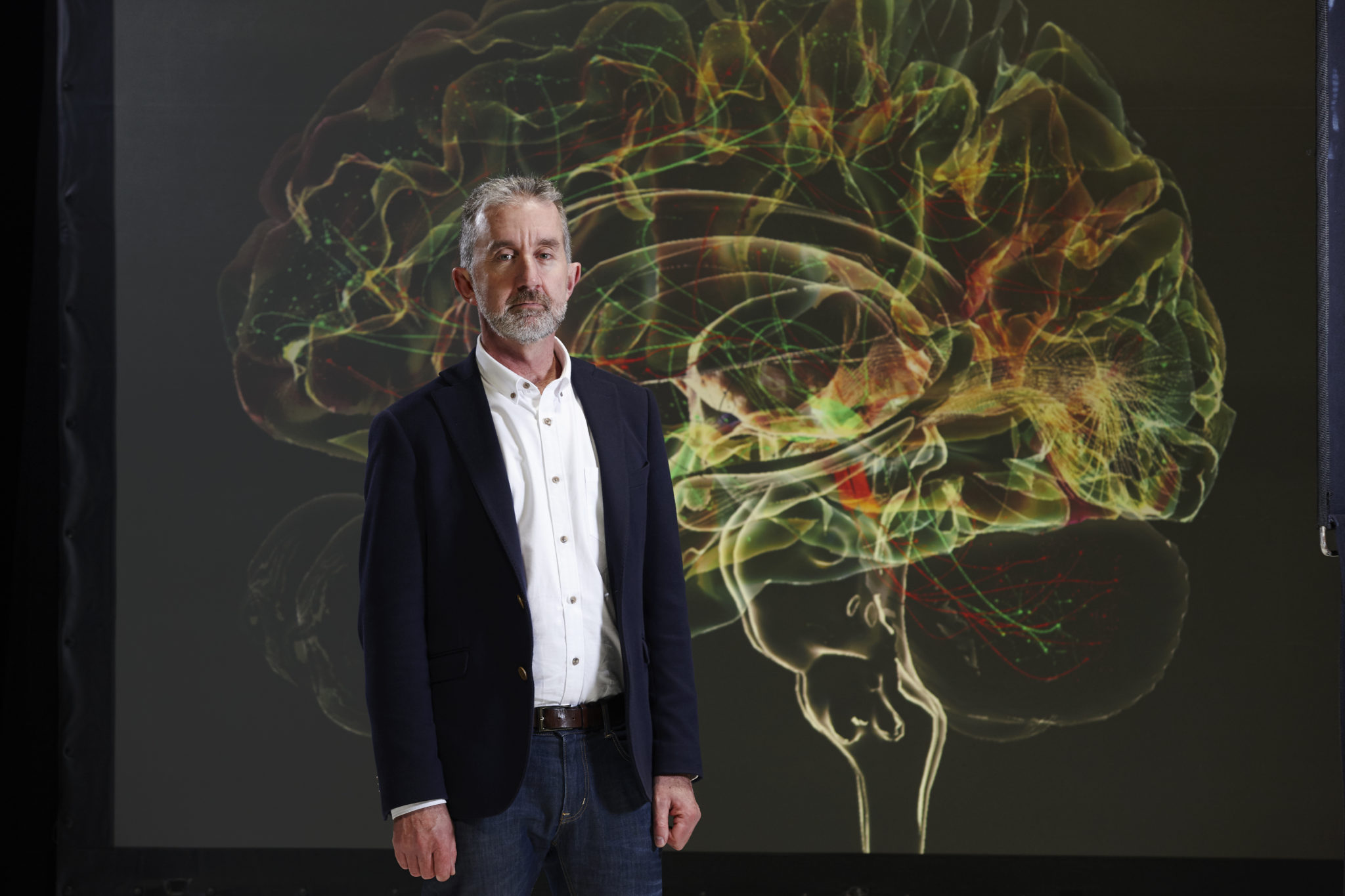 This long running travel series takes viewers around the world to experience the highlights of popular holiday destinations. From San Francisco to Istria, Krakow to Toronto, you will see what makes these cities such special spots for a break away. Waddell Media for RTE & BBC Ireland/ 2013 – 2018 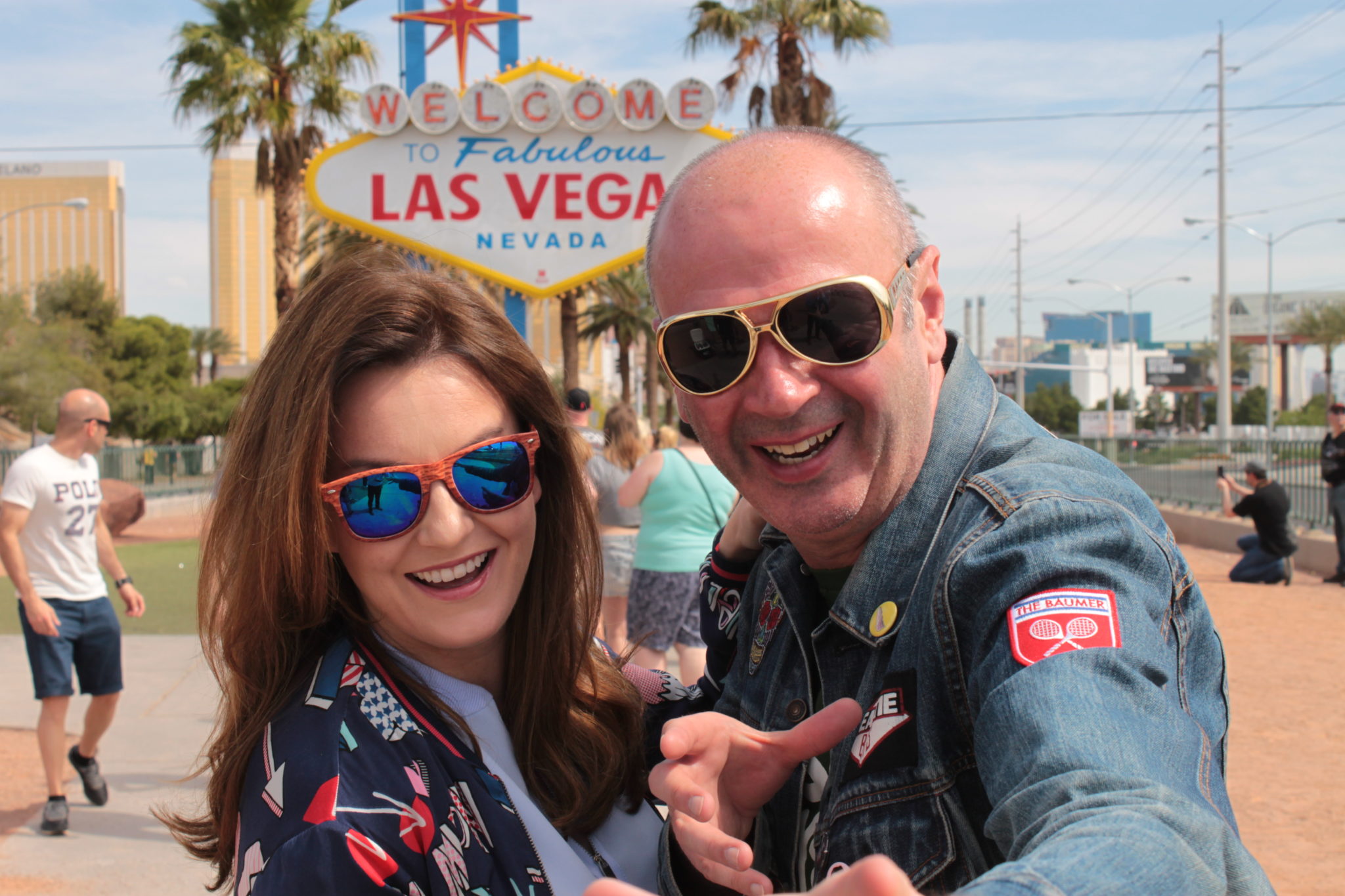 The documentary explores the link between Odin’s mythological eight legged horse and its Icelandic four legged ancestor. Brought over from Northern Europe by the Vikings over 1,000 years ago, the Icelandic Horse is one of the last remaining pure breeds. Living amid the dramatic Icelandic landscape, this horse is extraordinary in its pace and endurance.

When research first began on this horse, the myth and legend proved to be still intrinsically linked to the present breed. The Icelanders are fiercely protective over their ‘little horse’. So what makes this horse so special? The programme traces the legend, history and training of this special Icelandic breed and the reasons for its current popularity. Bacchus Films/ 2019 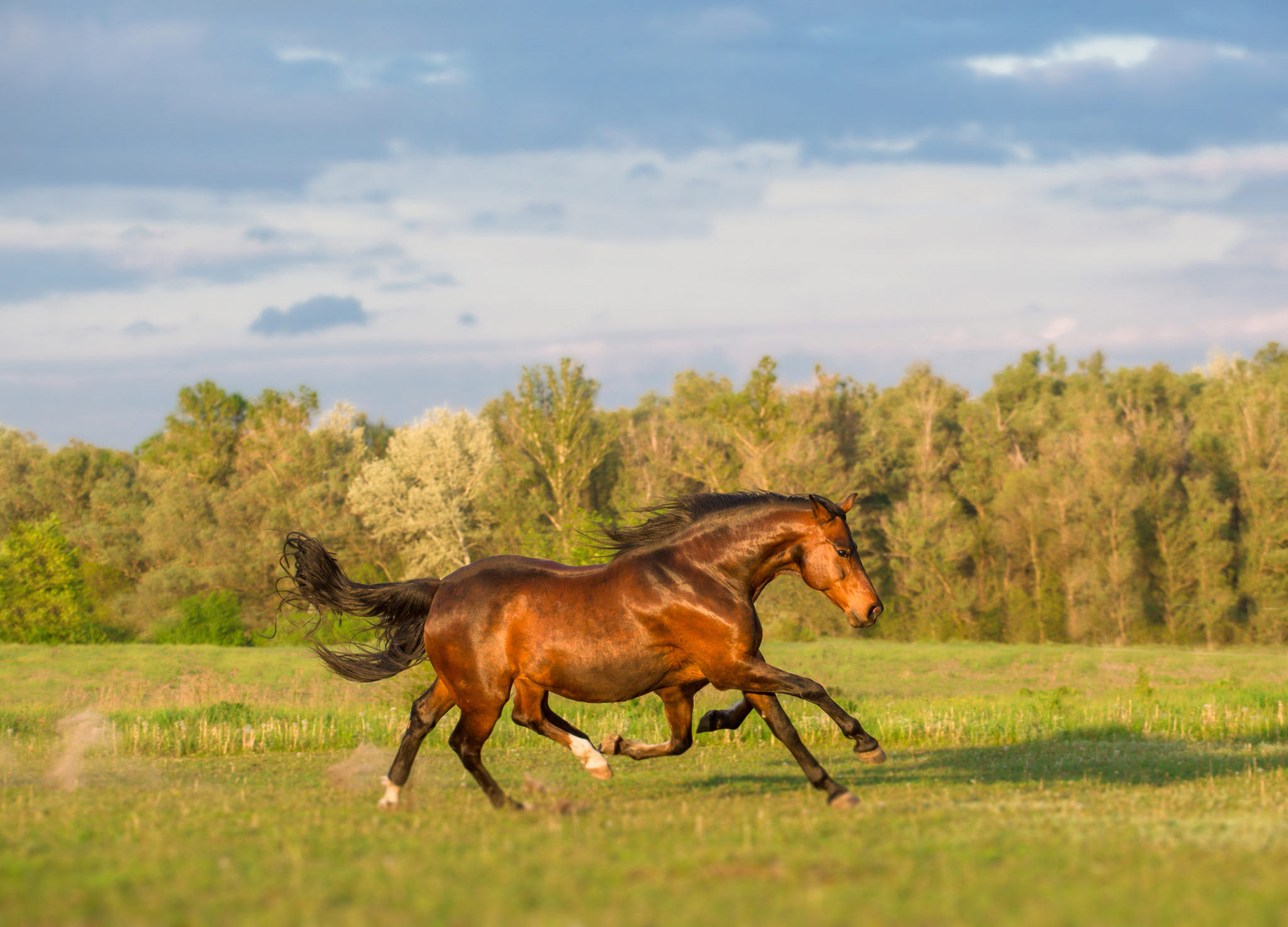 The Kimberley Cruise takes slow TV enthusiasts across the 1001 nautical miles of rugged coastline between Broome and Darwin, following the route of Muslim traders, Japanese pearlers, European explorers, pirates and refugees. Travelling on the Coral Discoverer, viewers are treated to a visually spectacular feast of one of Australia’s best known – and least travelled – coastlines captured by a myriad of cameras, including majestic drone shots revealing the sheer scale of the region, the grandeur of the ocean and the bounty of Mother Nature. Mint Pictures for SBS Australia/ 2018 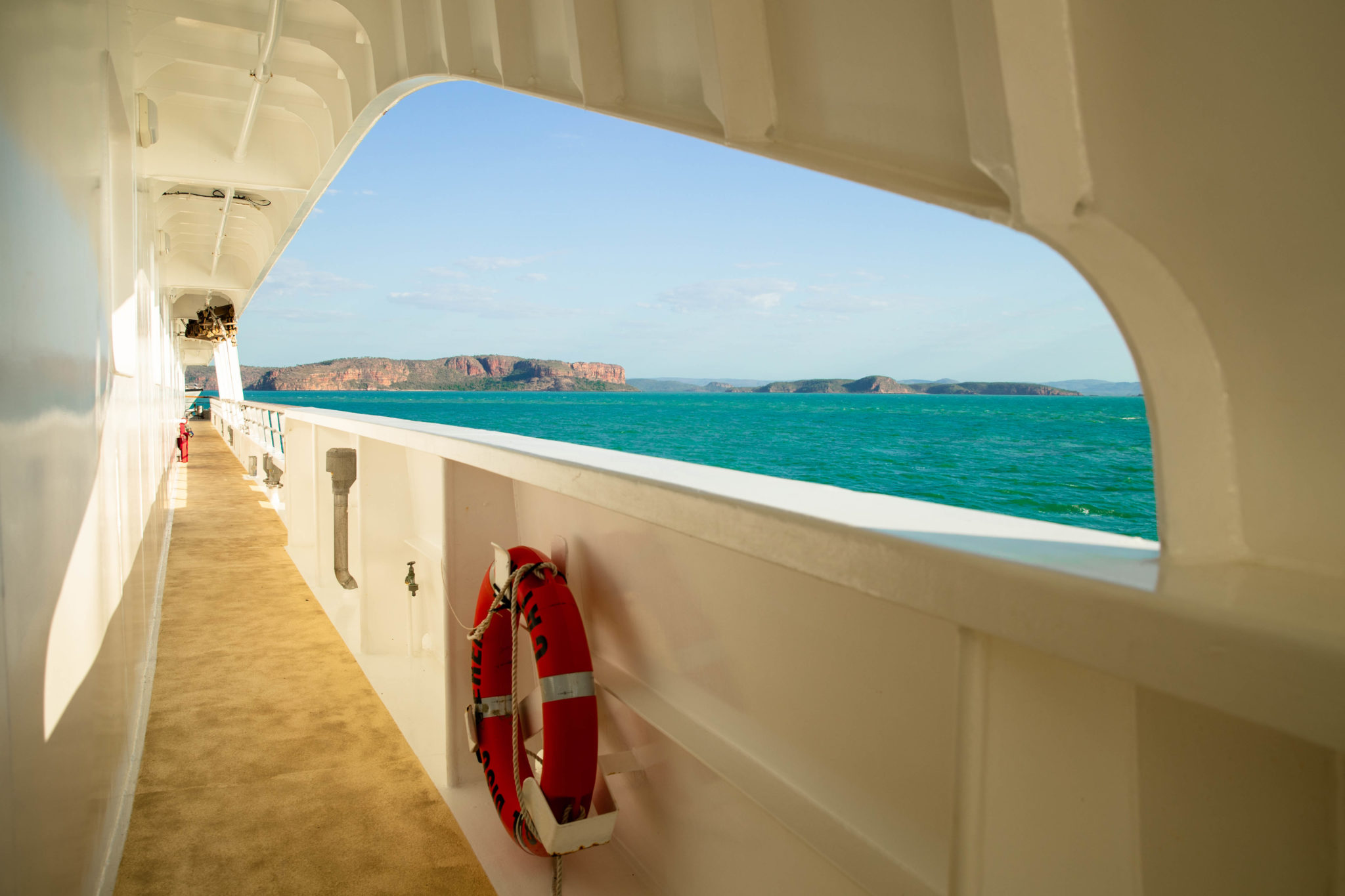 In the second series of My Greek Odyssey, join host Peter Maneas as he climbs back aboard his beautiful boat Mia Zoi, and heads to a region of Greece he’s not spent much time in before. The plan is to skip from island to island, taking in the sites of the Northern Aegean and Western Cycladic. It’s going to be a journey of discovery, where he’ll be digging deeper into the fabric that makes Greece so unique, and immersing himself in a centuries old culture that’s unlike anywhere else on the planet. The Rusty Cage/ 2018 – 2019 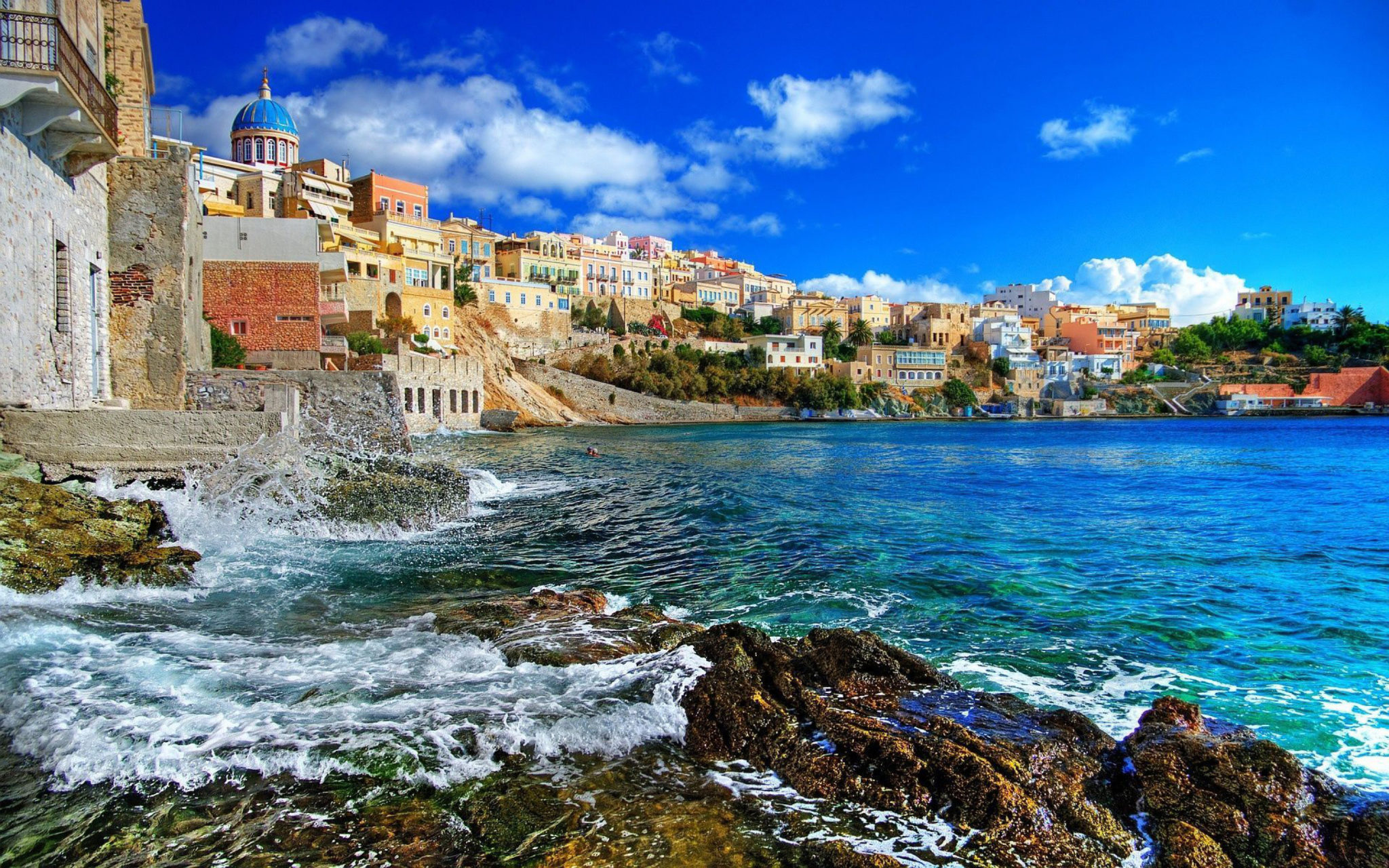 Director David Upshal’s highly acclaimed film digs deeper than any assessment of Elvis ever has before; revealing not only the real evolution of modern pop music but also reflecting Elvis’ world and ours too. Elvis was the ultimate “rise and fall” megastar – he defined the pitfalls of modern super- celebrity. His childhood immersed in “trash white” poverty exposed him to black cultural influences that created a curious and electric fusion of influences that shaped a new musical phenomenon. We discover why “Dead Elvis” has become an even bigger phenomenon than he was in life, worth more annually than Michael Jackson, Frank Sinatra and David Bowie combined. By dividing Elvis’s life into seven distinct phases, we marry his achievements to his times and his historical context. Raydar Media & Fireball TV for Sky Arts/ 2017 ent. 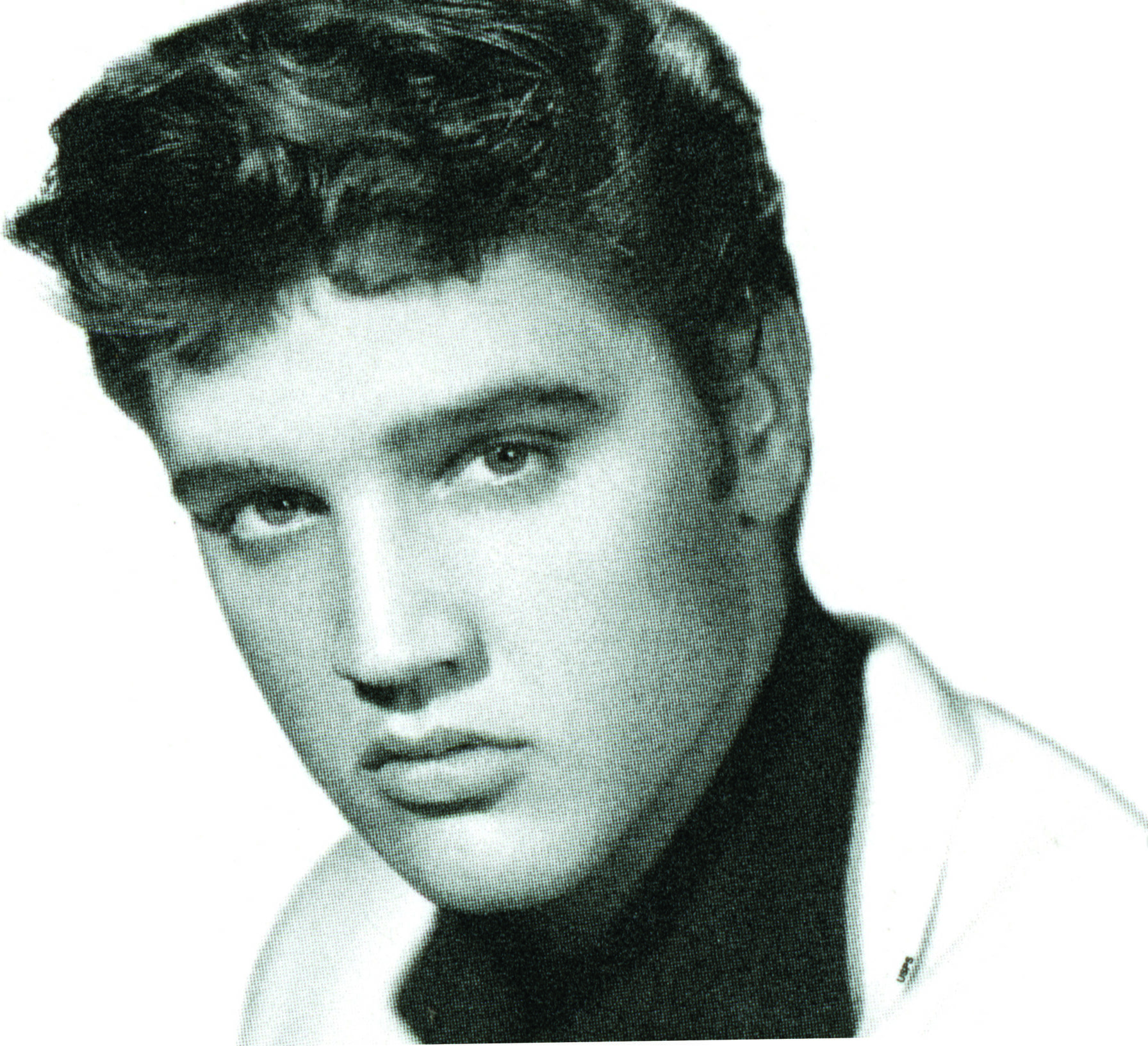