United Airlines on 12 January opened its newest Polaris Lounge at Los Angeles International Airport (LAX). Located toward the end of Terminal 7, the lounge occupies the space formerly used by the United Global First Lounge, along with some additionally acquired space, totaling 12,122 square feet.

After riding an elevator up one floor from the departure level, passengers are met by a welcome desk. Although this lounge is less than half the size of United’s San Francisco (SFO) lounge, the space at LAX is used remarkably well, with features and amenities matching SFO, the largest in the United network.

Once inside, visitors find a lengthy beverage bar, from which several California wines and locally themed, hand-crafted cocktails are offered. 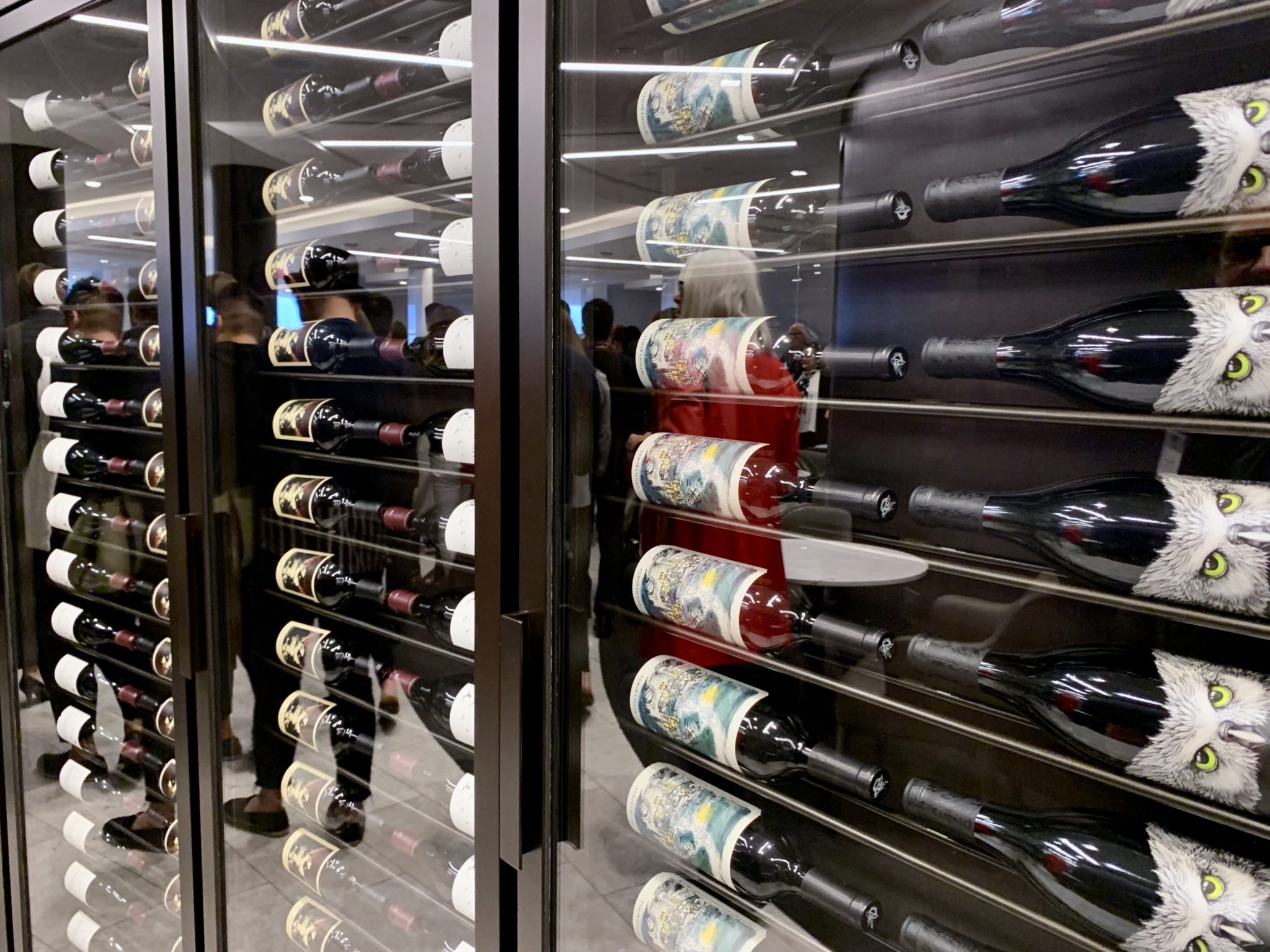 The bar offers two unique cocktails themed for the Los Angeles passenger, along with two classic cocktails available in other Polaris lounges. 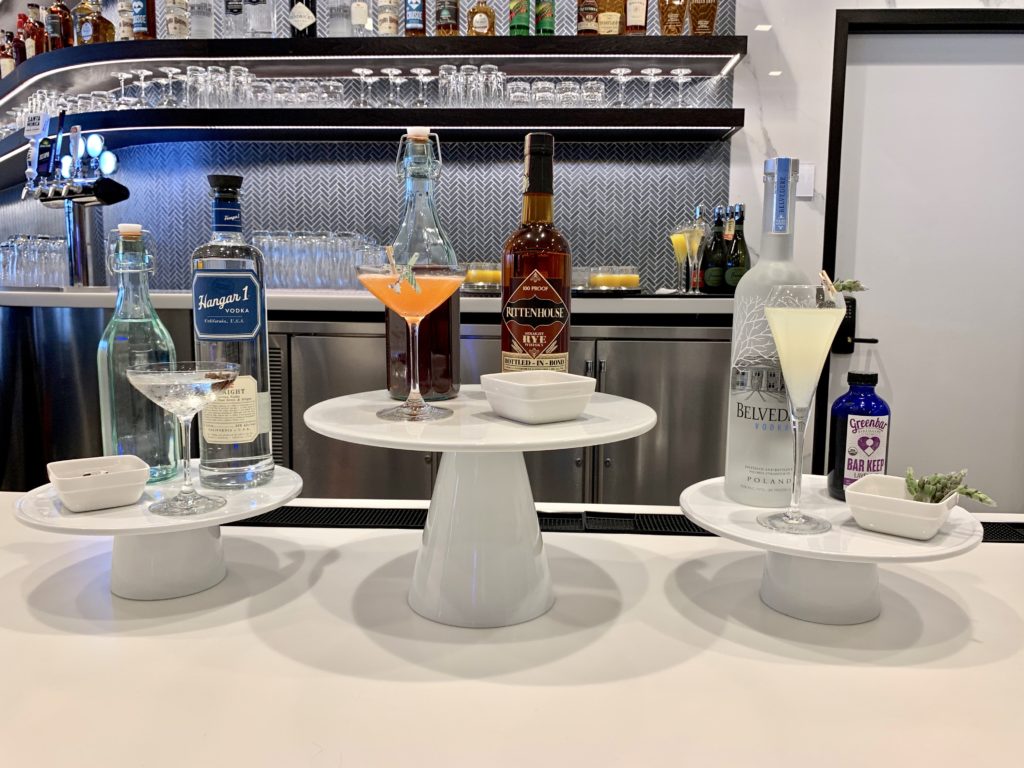 An array of cocktails are on offer. Image Paul Thompson

The walk-up buffet features several small plate options, including a variety of fresh fruit, sandwiches, and other healthy fare. Although the menu changes throughout the day, the traditional self-serve soups or pasta offered in many lounges were nowhere to be found at the time. 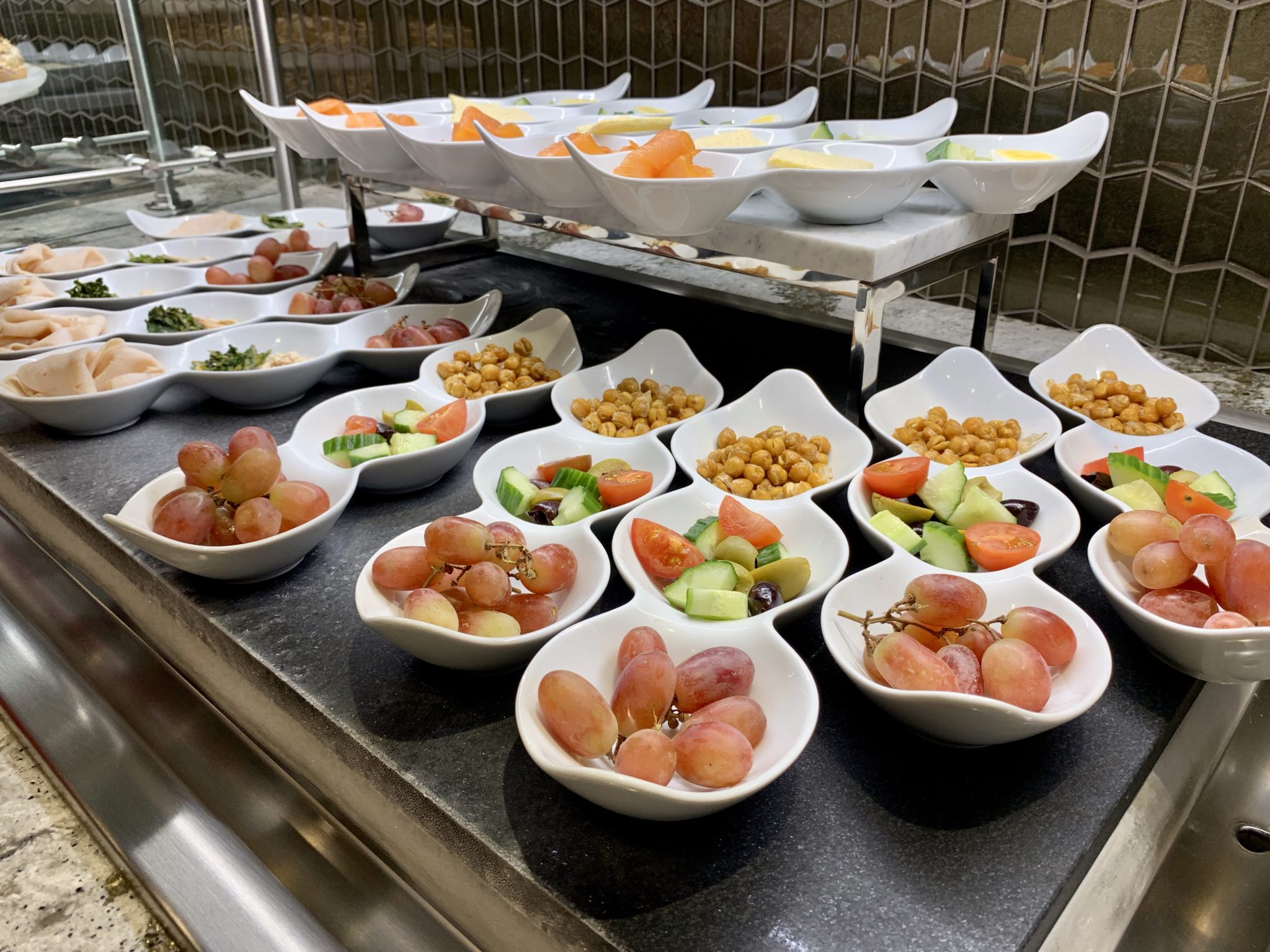 An assortment of foods are on offer for United’s health-minded travelers. Image: Paul Thompson

United is among the operators that offer Business Class passengers an à la carte, made-to-order dining experience within its lounges. This service gives passengers the option of eating prior to their flight, allowing for maximum sleep time while aloft. An intimate dining room within the LAX Polaris Lounge has the capacity for 16 guests. 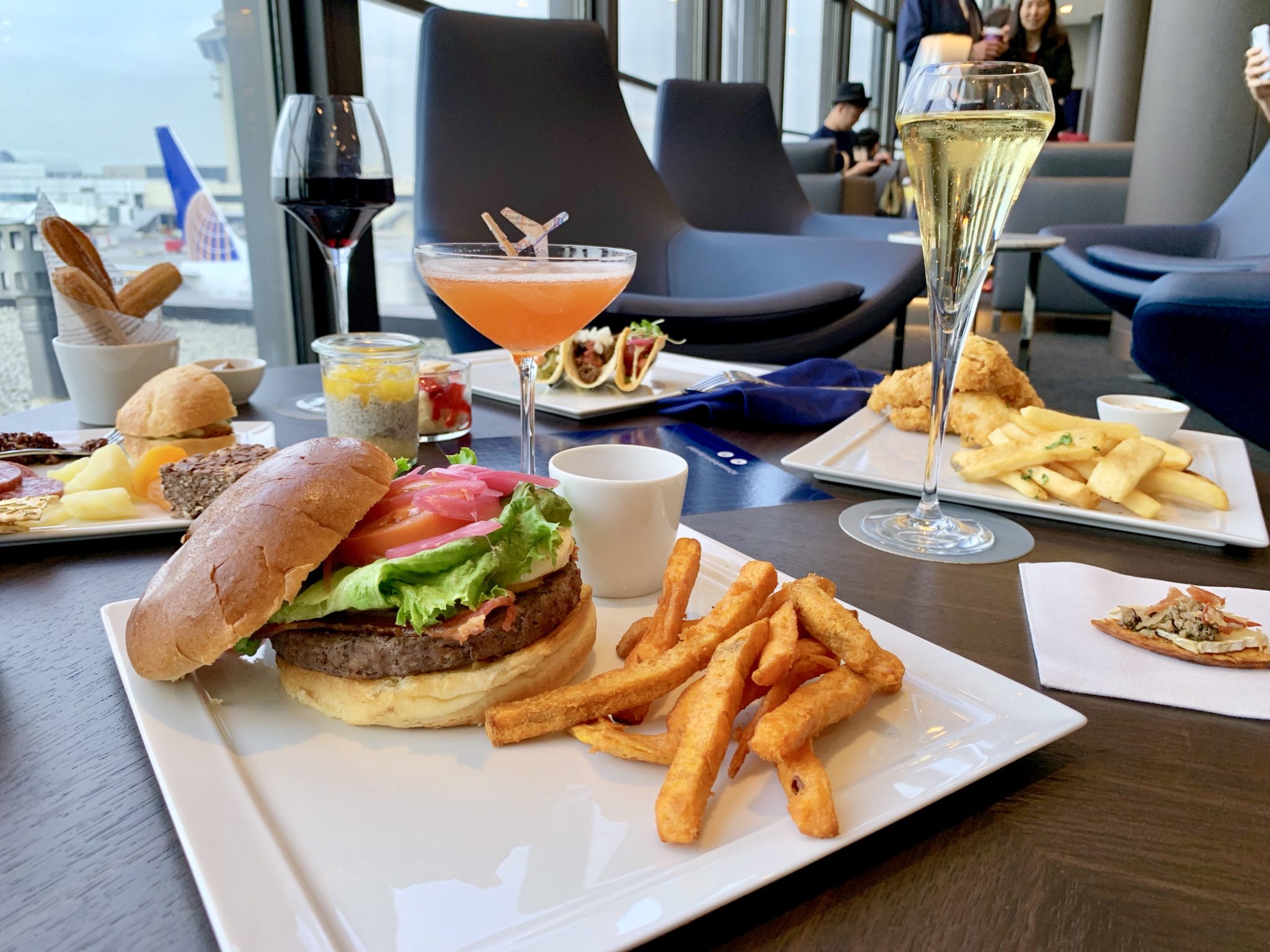 United appears to have gone to great lengths to make the LAX Polaris Lounge unique from others, as a part of the carrier’s $573 million makeover at LAX terminals 7 and 8. Within the lounge, visitors will find seating for 140 guests, 272 power outlets, 120 USB charging ports, and 12 work spaces. 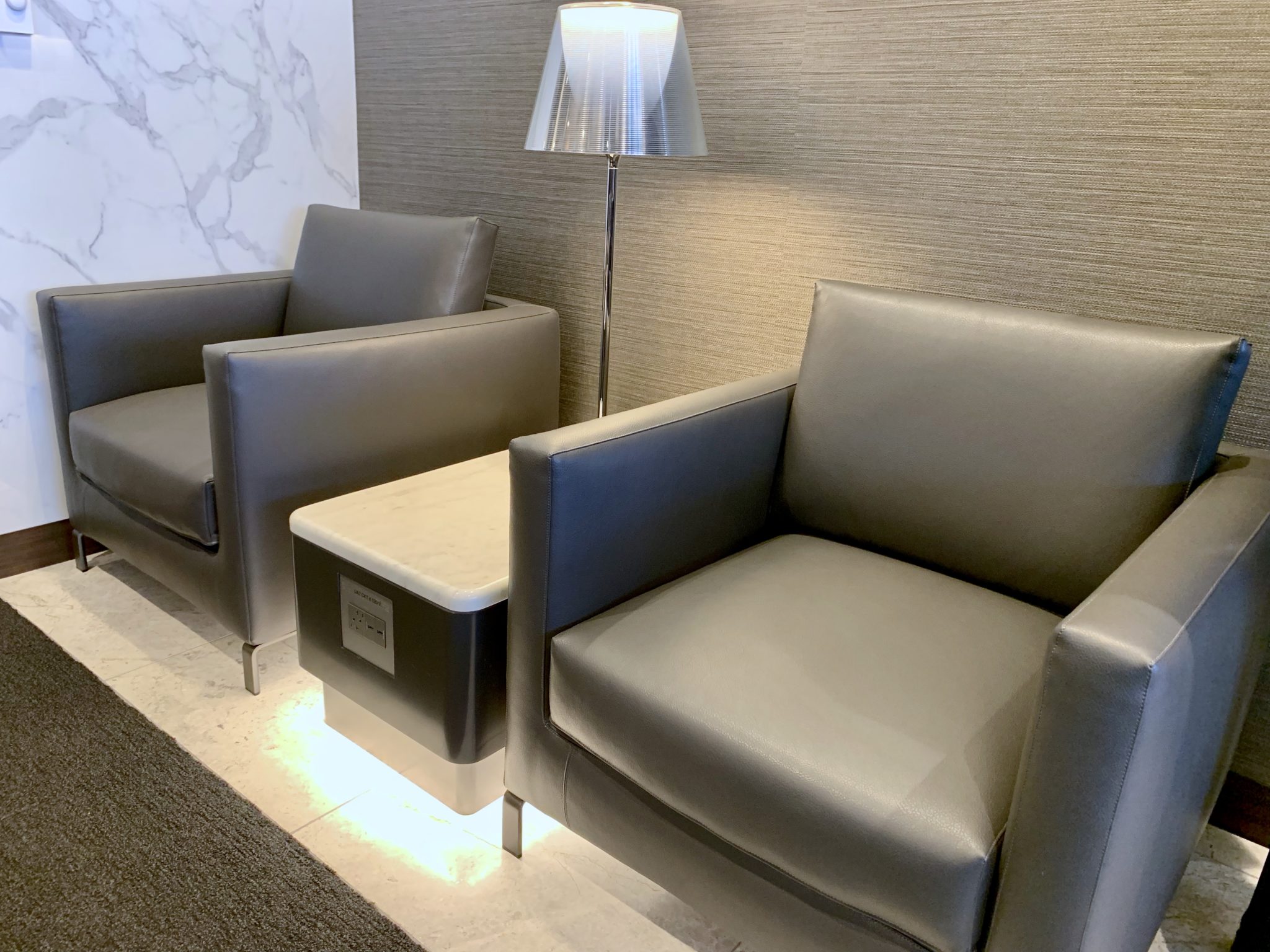 Seating in the lounge is conducive to work, with power outlets. Image: Paul Thompson

In spite of the infrastructure improvements being made, United’s LAX operation isn’t receiving much growth in comparison to SFO, which recently announced 2019 service to Amsterdam, Melbourne, New Delhi and Toronto as well as added frequencies to Seoul. CEO Oscar Munoz cited a lack of space to accommodate new flights from LAX.

United is the first airline to operate all three Boeing 787 variants and plans to take delivery of 14 787-10s over the next two years. This -10 variant is the first of its Dreamliners to feature the new Polaris seat, with the same 1-2-1 direct aisle access configuration as on the Boeing 777. Designed by PriestmanGoode, the Polaris cabin aboard the 787-10 has 44 Polaris seats, in 11 rows.

The new Premium Plus premium economy cabin is located behind Polaris, with 22 seats, arranged in three rows of 2-3-2. Monuments front and back give the small cabin a somewhat exclusive feel.

These seats have 19 inches between the armrest, feeling quite spacious when compared to the 17.5-inch width in economy class. 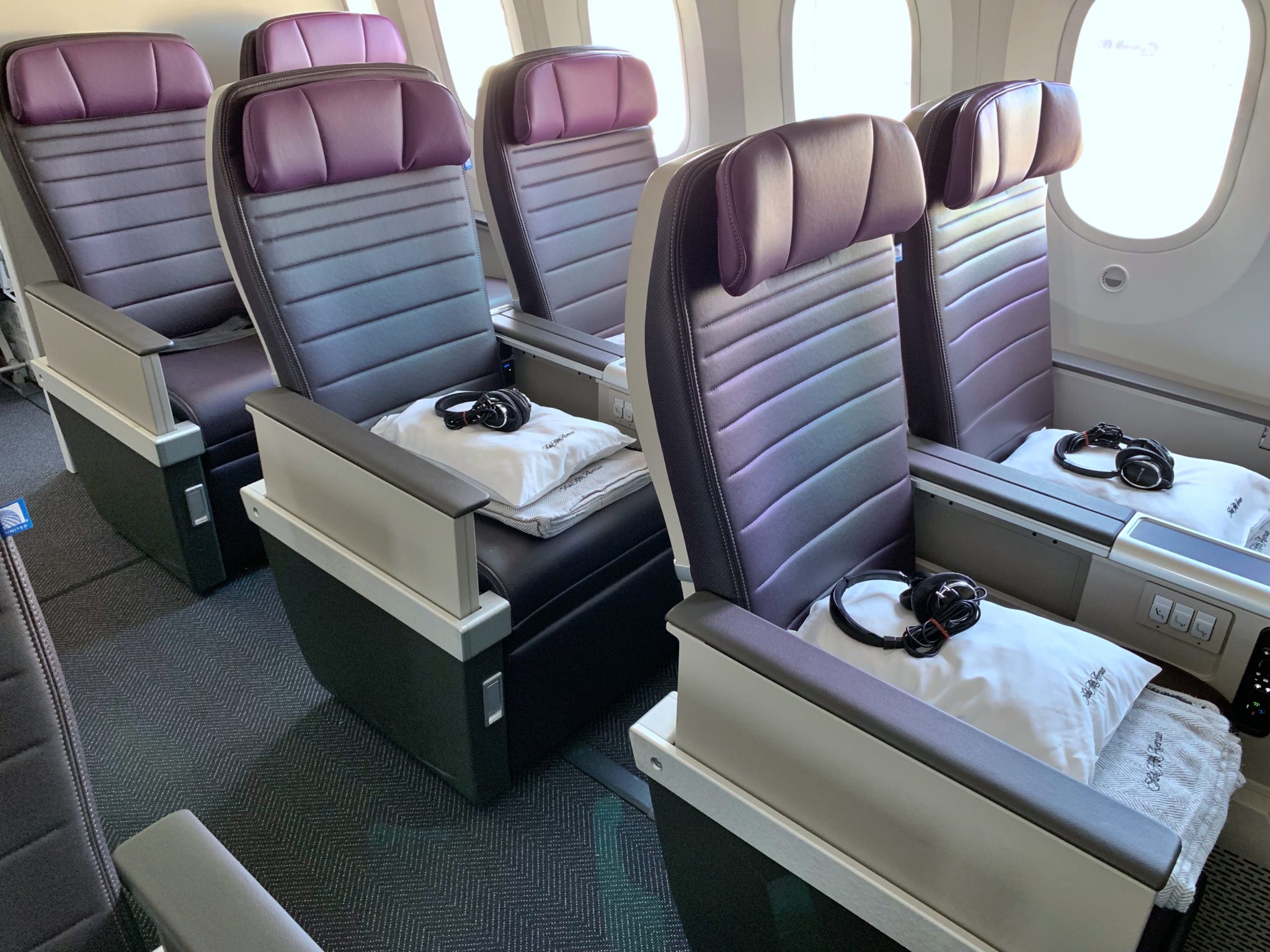 Behind Premium Plus, there are 54 extra legroom Economy Plus seats in six rows, arranged 3-3-3 across. In the aft cabin there are 199 economy seats, also in 3-3-3. The recently redesigned economy seats now have more room at knee level, due to the relocation of the safety and information cards upward, below the IFE monitor. 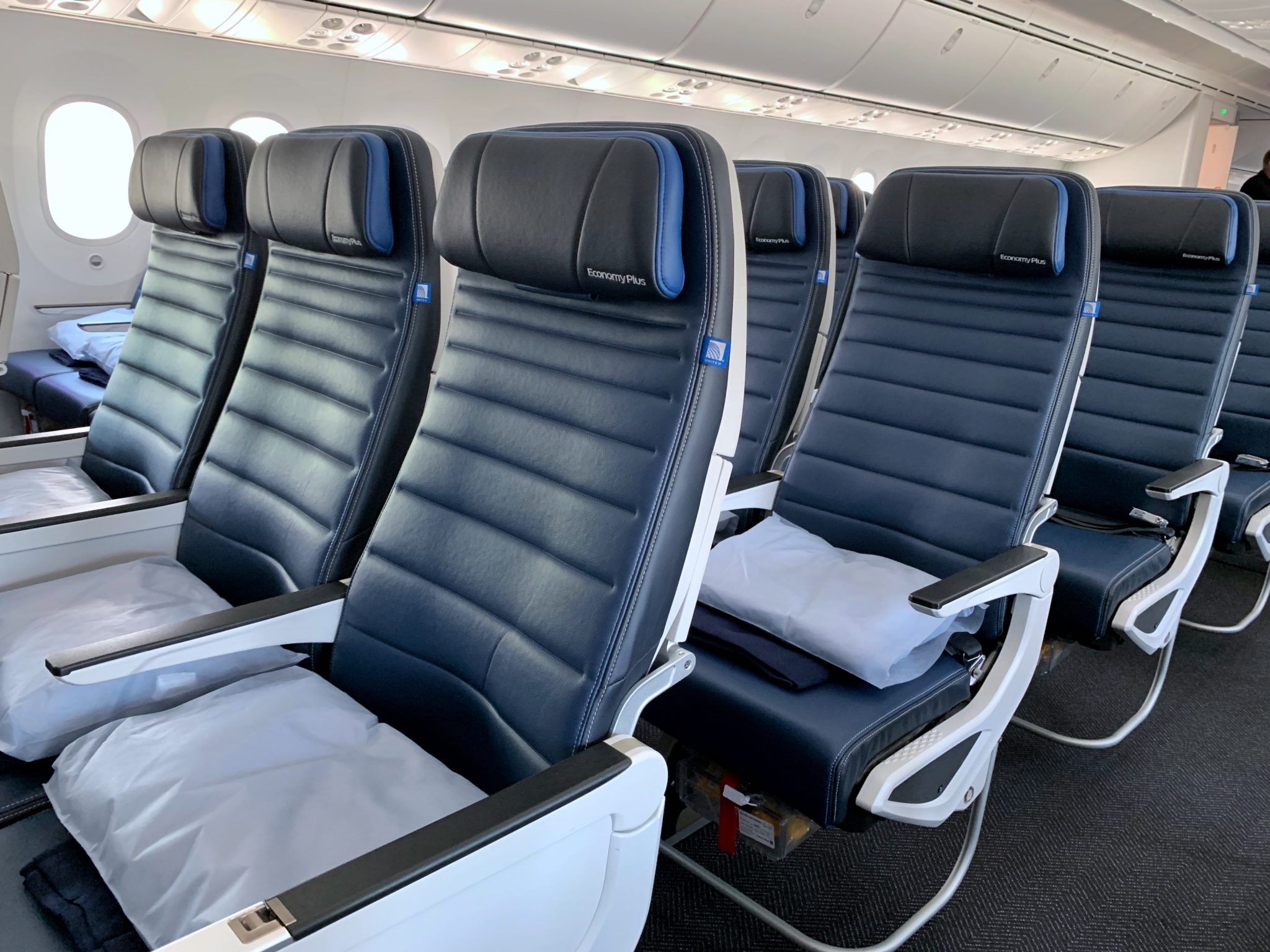 A spokeswoman told RGN that the only accommodation made for the narrower width of the 787 was to decrease the aisle width, which was certainly noticeable.

Passenger IFE throughout the plane is provided by Panasonic Avionics seatback monitors, driven by the Android operating system. Panasonic also provides the inflight Wi-Fi for United’s 787-10 fleet. Because the flight needed to be used for a revenue flight in short order, RGN was unable to get any hands-on experience with the particular IFE systems at these seats. 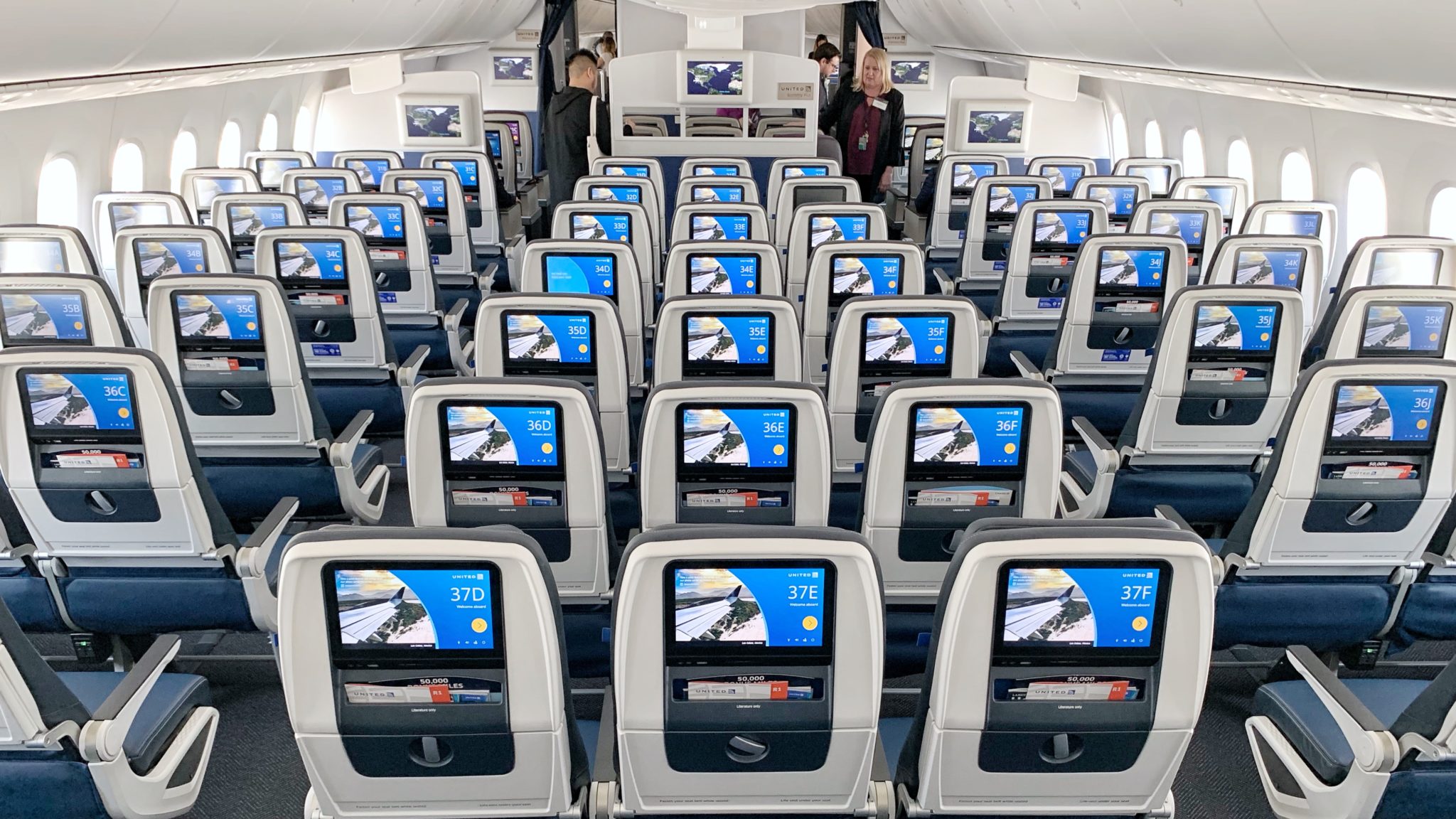 The hours of operation at the LAX United Polaris Lounge are 6:45AM to 10:15PM, (subject to change) based on the seasonally adjusted airline schedule.

Editorial disclosure: United Airlines provided roundtrip airfare from Denver to Los Angeles for the author in order to attend the event. However, all accounts, photography, and descriptions belong to the author and RGN. 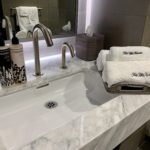 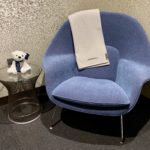 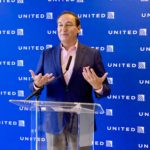 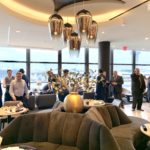 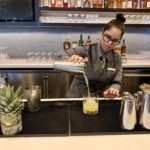 A bartender pours “On Sunset”, a drink unique to the LAX Polaris Lounge. Image: Paul Thompson 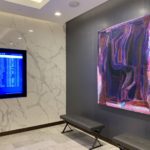 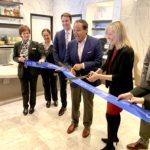 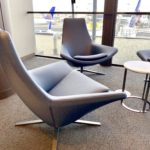 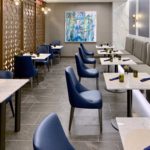 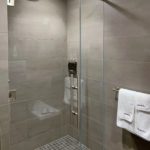 One of six showers in the LAX United Polaris Lounge. Image: Paul Thompson 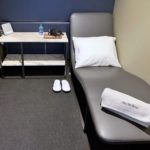 The LAX Polaris Lounge has two rest areas with daybeds, eye masks, and earplugs, along with a white noise machine. Image: Paul Thompson 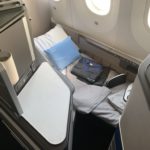