American Airlines has announced that beginning September 5, Basic Economy fares will include both a personal item and a carry-on bag like other Main Cabin fares.

Why are we making this change?

Basic Economy is working well in the markets where we offer it today. Customers benefit from our lowest fares that are competitive with no-frills carriers while experiencing American’s unparalleled network, better product and great customer service.

Removing the carry-on bag restriction will make our short-haul Basic Economy fares more competitive with airlines that include a carry-on bag in their lowest fares. 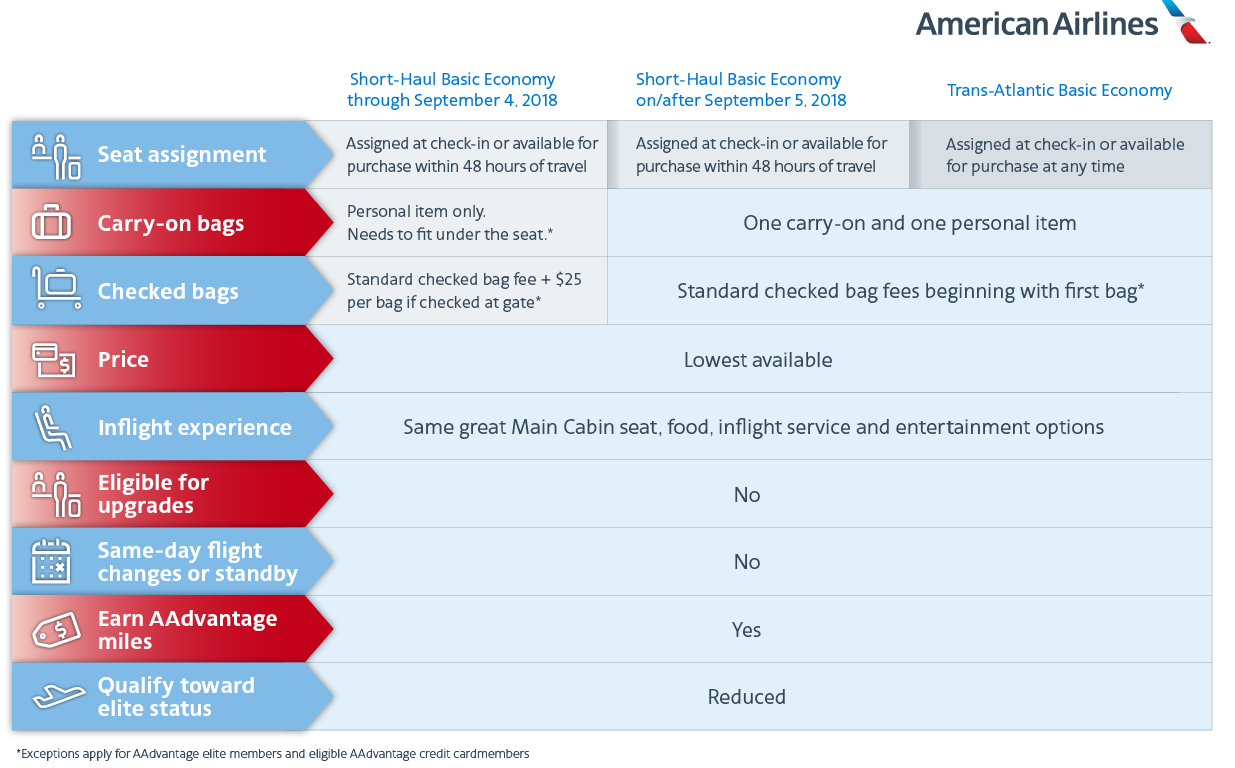 Until September 5, current Basic Economy fare rules will continue to apply, including the allowance for only one personal item and the gate service fee when a Basic Economy customer checks a carry-on bag at the gate.

American Airlines and American Eagle offer an average of nearly 6,700 flights per day to nearly 350 destinations in more than 50 countries.

American has hubs in Charlotte, Chicago, Dallas/Fort Worth, Los Angeles, Miami, New York, Philadelphia, Phoenix and Washington, D.C. American is a founding member of the oneworld® alliance, whose members serve more than 1,000 destinations with about 14,250 daily flights to over 150 countries.

Shares of American Airlines Group Inc. trade on Nasdaq under the ticker symbol AAL. In 2015, its stock joined the S&P 500 index. Connect with American on Twitter @AmericanAir and at Facebook.com/AmericanAirlines.