When it comes to inflight connectivity the contention for capacity can drive all sorts of crazy behavior. Most of that comes in the form of shifting costs, with some service providers seeking to make basic economics work for them by raising prices to reduce demand or in doing something effectively akin to that – offering limited consumption plans.

Gogo was not shy about pursuing the former approach as its air-to-ground (ATG) spectrum in the United States became saturated. Passengers often got sticker shock when they saw a price tag of up to $39.99 for a flight pass to use the capacity-constrained system. And the reverse has also proven true; as Gogo has rolled out its more efficient, high-speed 2Ku system, we’re seeing lower prices with a more solid performance.

For Ku-band connectivity service provider Panasonic Avionics, the conversation was always a bit different. After years of supporting the unfettered access model for inflight Internet, the company in 2015 began pushing the idea that offering megabyte packages of data made sense, and would better ensure a positive #PaxEx. Said VP Global Communications Services David Bruner at the time:

And we believe that MB packages allow us to now provide the best possible service to everybody all the time…[Passengers] are in control of their experience, and, most importantly, they are not impacted by what the person next to them chooses to do with their own connected device.

But after a few recent inflight observations I couldn’t help but wonder if that was a misdirection, and if a capacity constraint issue – not unlike the one suffered by Gogo ATG – was in play.

One of Panasonic’s customers, Scoot, last year added a “Social-Lite” connectivity package option for passengers. Since then, the low-cost carrier has seen take rates improve, says Bruner in a recent APEX association story. But it is unclear if Social-Lite customers “don’t want to be a very big bandwidth consumer”, as Bruner posits, or if they just don’t want to pay very much for their connectivity experience.

I became a customer last fall, when I used the Social-Lite plan on Scoot’s two-hour flight from Bangkok to Singapore. The throttled service proved frustrating; I met with challenges when trying to quench even “basic” social media thirsts like the need to refresh a Twitter feed or share photos during the flight (the service would be fine for straight text-based messaging).

Even with conscious efforts to reduce my consumption – and with the throttling limiting me as well – I killed the allocated bandwidth before the short flight ended. In a 25-minute window I managed to consume 40% of the 20MB allocation and I thought I was being careful about my consumption. I can only imagine that less conscientious customers find themselves even more frustrated as the bytes tick away.

Bruner suggests that the Social-Lite packaging has been successful, telling APEX, “Just by immediate take-up rate, we can see this was hitting a certain segment of the marketplace that didn’t need the full bandwidth.” 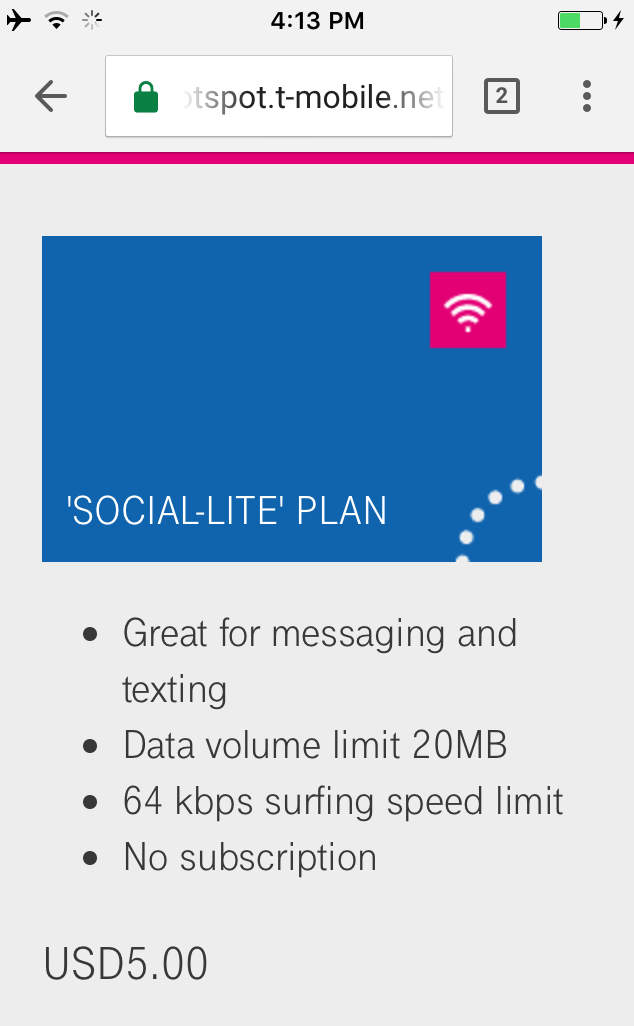 But there’s still the problem of customer satisfaction when discovering that the allocated bandwidth is gone well before the flight ends.

Perhaps I’m mostly disappointed that we’re not seeing the promised decrease in pricing to consumers that Bruner suggested a year ago would be the natural outcome of these new MB plans. 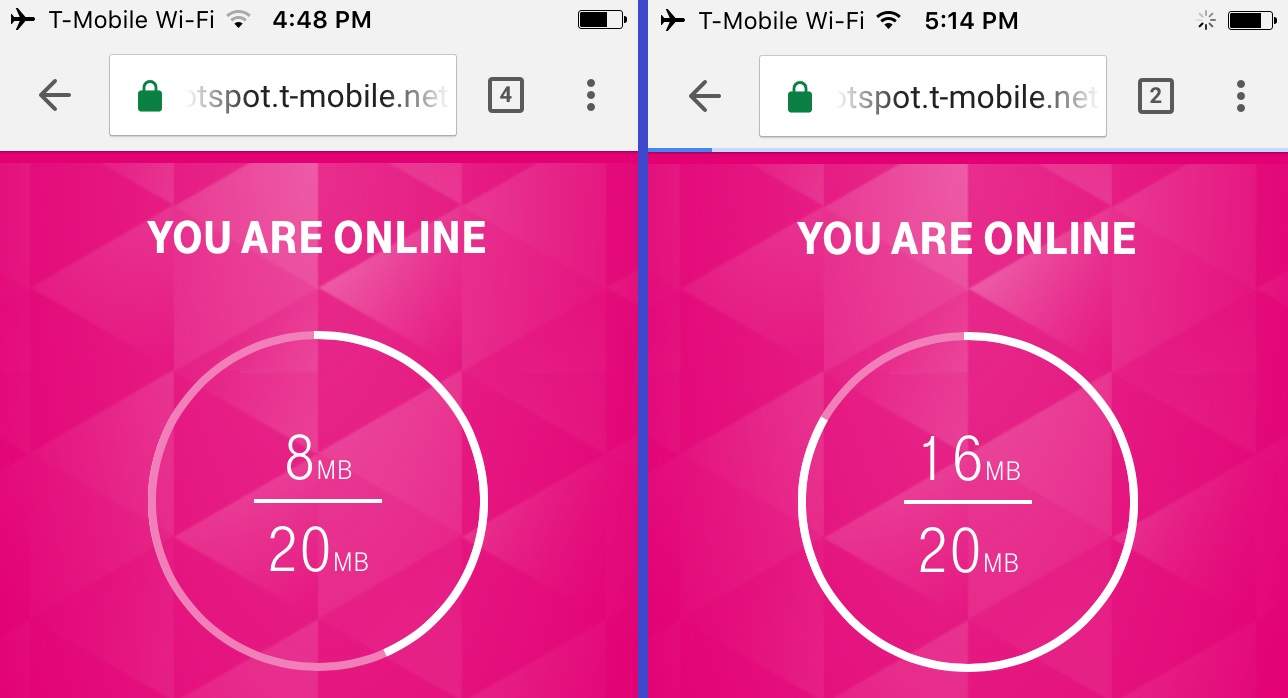 I ate up the MBs quickly on Scoot’s Social-Lite plan. Image: Seth Miller

More broadly, however, as demand increases, the performance of Panasonic Ku connectivity seems to be struggling to keep up, similar to Gogo’s challenges on its ATG network.

Panasonic holds contracts with satellite providers to deliver massive amounts of bandwidth to its connected fleet but, oddly, the overall per-plane performance remains challenged. On United Airlines’ recent Polaris media demo flight, many conversations amongst journalists on board were about the poor connectivity (delivered unfettered) and whether tweets were even getting out.

At this point, it would seem that the limiting factor in delivering better service is the onboard hardware, not the satellite capacity in orbit.

Panasonic is set to launch a new modem in mid-2017, a product unveiled in 2016 in partnership with Newtec. Together with High Throughput Satellite (HTS) capacity, the modem is expected to support an increase per-aircraft of 400 Mbps – a huge bump up from today. But legacy hardware cannot take full advantage of the spot beams on the current generation of HTS satellites entering service now. So even with the growing capacity in orbit, the planes must be upgraded. The modem is the choke point.

The need to upgrade kit is not a challenge that Panasonic faces alone. Gogo’s new modem is now flying on the company’s Jimmy Ray test-bed aircraft as it moves towards certification and general availability. Initial testing is positive, with reports of speeds in excess of 100 Mbps on board. And current ViaSat/Thales customers will require a similar upgrade to take advantage of the increased capacity and coverage ViaSat-2 will provide when it launches at the end of April.

But in the near term, don’t expect significant improvements in the onboard performance or cheaper prices for Panasonic Ku-powered Internet, even as operating satellite capacity grows. It is going to be a while before equipped aircraft are also retrofitted to deliver on that promise. And until that happens the passengers will not be able to truly control their own experience, even if they’re willing to pay.