The division flew 10,000 hours with its then nine-jet fleet in 2016, achieving aircraft utilisation unusual in the charter market but, according to FAI chairman Siegfried Axtmann, common for air ambulance operations: “Our jets mostly fly long-range and ultra-long range missions and reaching more than 1,000 hours per year per aircraft is usual. Historically, FAI has always achieved high utilization in its Flight Ambulance division and our in-house MRO is accustomed to it.”

The organisation’s work involves the transfer of stabilised critically ill patients between hospitals. “We typically operate with a flight crew, physician and nurse or paramedic,” Axtmann explains, “and 95% of our flights carry one patient. The Learjet is limited to one intensive care patient and a second undergoing standard care, while the Challenger can accommodate two intensive-care and one standard care patient.” FAI also has access to a Global Express, capable of taking three intensive-care patients.

“A spare aircraft is kept on stand-by per type to cover unscheduled and scheduled maintenance. Otherwise, FAI works on a strictly ‘first come, first served’ basis; we don’t hold aircraft back for possible missions, but launch them one after another as required.”

He continues, “Missions are usually planned by our 24/7 operations and dispatch centre, crews departing either from their home base or where the aircraft is. Generally we provide ‘bedside-to-bedside’ transport, the same medical crew taking the patient from one hospital and delivering them into the next.”

At first glance, FAI’s choice of bizjet air ambulance platforms is less than obvious, especially its decision to operate a mixed fleet. Axtmann explains: “The insurance and assistance industry doesn’t automatically pay for air ambulance services provided by a Challenger 604. The basic ambulance jet is a Learjet, while Challengers are mostly used on ultra-long range flights. The Learjet is flown on missions requiring one or two fuel stops; both types are equipped to provide intensive care.” 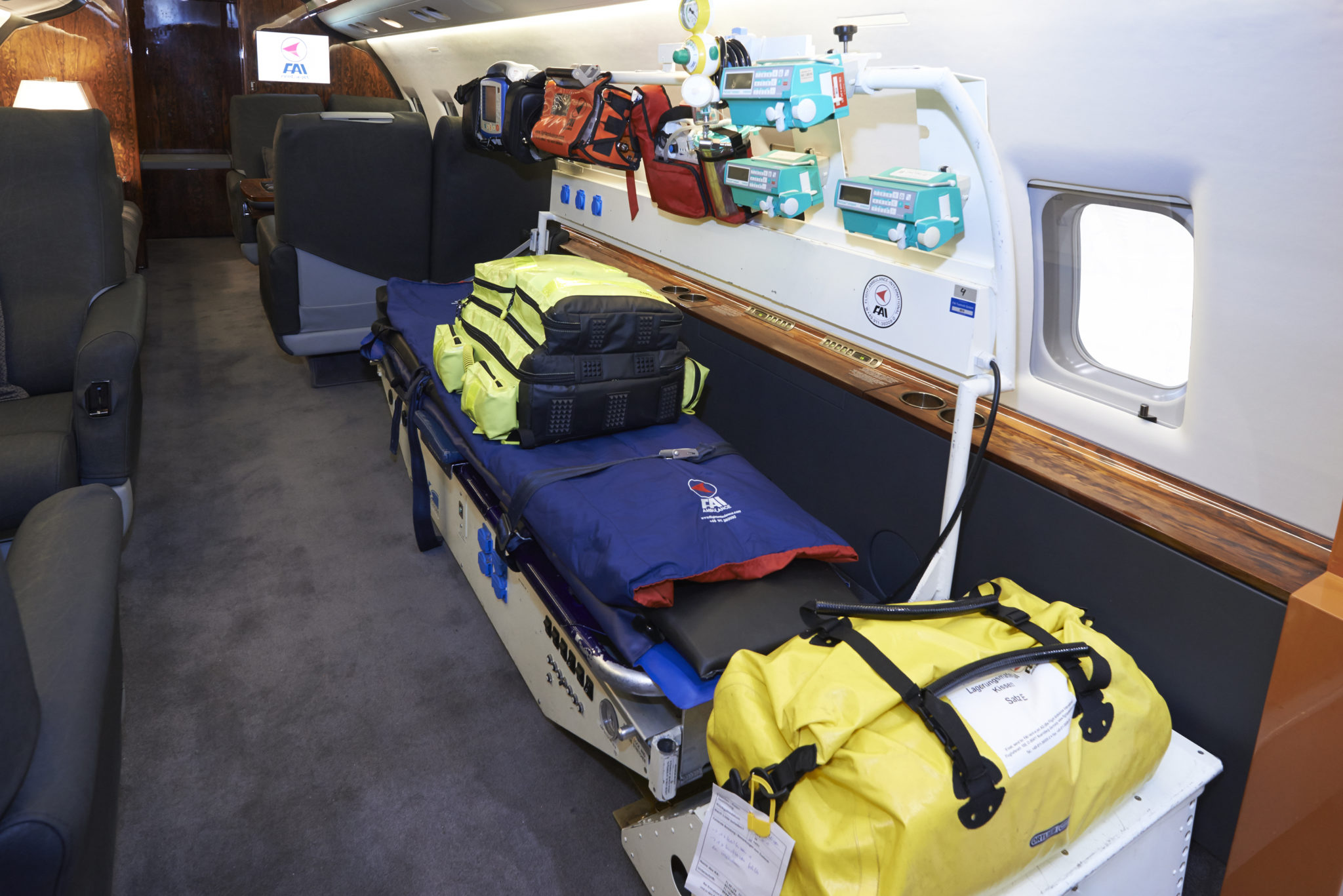 Medical evacuations from hostile areas are a core Flight Ambulance competence, but Axtmann is adamant: “We will not disclose in detail how such flights are managed.” However, he is prepared to reveal: “In hostile areas, Somalia or Libya, for example, there must be a functioning airport for us to fly into and our ‘safety department’ undertakes a careful ‘risk management’ exercise.

“Crew resource management is a key factor of these missions, as it is of any successful operation. A typical FAI flight crew comprises captain and co-pilot, while a ‘heavy crew’ is two captains and a co-pilot. Teamwork is vital, one team member relying on the performance of another. It starts on the ground with our mechanics and engineers, extends through the flight crews and ends with the performance of the medical team.”

How an Accenture-Amadeus alliance wants to transform air travel